Prime Minister Justin Trudeau says Canada is setting up a $20-million office with a mandate to persuade the private sector, including big pension and institutional investors, to invest in infrastructure projects in the developing world.

Speaking at the United Nations on Monday, Mr. Trudeau encouraged the private sector to consider investments that support long-term prosperity in the developing world and for governments to mitigate the financial risk that comes with those investments. The office is part of Canada’s commitment to the UN sustainable-development goals, an ambitious set of objectives focused on ending poverty, fighting inequality and tackling climate change by 2030. The UN estimates it will take $7-trillion to reach them.

“There are significant amounts of global capital out there looking for places to invest. The challenges around risk, the challenges around not knowing what is a good investment, are all over the place,” Mr. Trudeau said, during a three-day visit to New York, where he is leading Canada’s bid for a UN Security Council seat in 2021-22.

The Liberal government has made its push for increased private-sector investment in the sustainable-development goals a key part of this bid. A senior Canadian government official who was not authorized to speak publicly said infrastructure investments are most urgently needed in frontier markets and small islands states. Frontier markets are considered more developed than the world’s least developed countries and include Burkina Faso, Benin and Kenya.

Mr. Trudeau said Canada is a well-suited home for the new office, which will connect global capital to specific infrastructure projects and manage the risks, such as regulatory gaps and corruption, associated with investing in the developing world. He did not offer any further details on how this would be done.

“Canada happens to have a significant expertise in building infrastructure around the world. Whether it’s our pension funds, our private capital, our engineering firms or just our engagement around the world, these are things that we’ve been able to do,” Mr. Trudeau said.

Canada’s largest pension funds are already investing in infrastructure projects globally. For instance, the Canada Pension Plan Investment Board, which has retirement assets of $366.6-billion, has infrastructure investments in Peru, Chile, India and Mexico. The Ontario Teachers’ Pension Plan, with assets of $189.5-billion, has investments in South American water companies.

However, not everyone is on board with the Trudeau government’s plan. Conservative foreign-affairs critic Erin O’Toole says it’s inappropriate for the government to be influencing pension and investment funds – a concern he has raised directly with Canada’s ambassador to the UN, Marc-André Blanchard.

“We’re talking people’s retirement. Keep Justin Trudeau’s politics out of it. Keep the UN out of it. The world-class investment managers will decide if a solar investment somewhere or an investment in a developing or emerging economy is appropriate. They should not feel even the gentle nudge of government," Mr. O’Toole said.

NDP foreign-affairs critic Hélène Laverdière said the government needs to take a look in the mirror before calling on the private sector to make investments in the sustainable-development goals. Recent statistics from the Organization for Economic Co-operation and Development (OECD) show Canada’s official development aid declined to 0.26 per cent of gross national income in 2017, compared with 0.31 per cent in 2012 under the previous Conservative government.

Ms. Laverdière highlighted the fact that Canada’s competitors for the UN Security Council seat – Ireland and Norway – have made more significant investments in official development aid. According to the OECD, Norway spent nearly 1 per cent of its gross national income on official development aid in 2017, while Ireland spent 0.3 per cent. Ms. Laverdière said those investments could influence developing countries when they decide whether they will their support Canada in the Security Council election.

“For developing countries, that counts," she said. 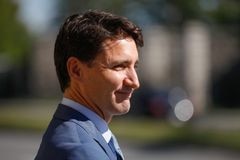 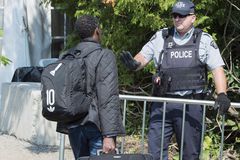 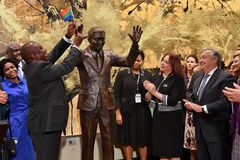