President Donald Trump could be prosecuted for incitement if evidence shows that he intended his supporters to rise up in violence against Congress, U.S. legal observers say.

Only if lawlessness was imminent and likely, and he intended it, would his actions be exempt from free-speech protections.

But an abundance of evidence exists on which to make a factual determination about his responsibility in the Jan. 6 mob attack on the Capitol, former U.S. prosecutor Michael McAuliffe told The Globe and Mail.

“You take time to build the evidence and you go where the evidence takes you, whether it’s to the President’s doorstep or not,” said Mr. McAuliffe, who has been a prosecutor at both the federal and state levels.

Trump has been impeached again. What now? Latest updates on what Congress could do next

Insurrection at the U.S. Capitol: What the pro-Trump mob did and how Congress responded

Alternatively, if the President plotted with his supporters, even through intermediaries, he could be charged with seditious conspiracy (maximum penalty, 20 years), or aiding and abetting insurrection (maximum 10 years) which fall outside of the U.S. Constitution’s First Amendment protections of speech.

“If you can prove Trump was in communication with any of these groups or gave them special privileges, then I think he’s toast,” University of Chicago law professor Genevieve Lakier said in an interview, adding that she doesn’t know what the FBI knows.

Mr. Trump is facing what had once seemed an unthinkable possibility for a U.S. leader: being criminally charged in connection with an attack on the seat of his own country’s government. The senior federal prosecutor in the District of Columbia says “all actors” are being investigated in the violent, hours-long swarming of the Capitol in which five people died.

The First Amendment has been interpreted to protect the right to incite violence – within limits. That right was established in a 1969 case, Brandenburg v. Ohio, in which a Ku Klux Klan leader had urged the deportation of Black people and Jewish people. The U.S. Supreme Court threw out Clarence Brandenburg’s conviction and established that incitement is permitted except where lawlessness is imminent, likely and intended.

Imminence and even likeliness are not especially difficult to prove in the case of the Washington attack, Prof. Lakier said. But the third requirement, “specific intent,” as it is known in legal terms, sets a high standard for prosecuting political speech.

The President’s Jan. 6 speech to his supporters at the “Save America Rally” in Washington was followed by a riot at the Capitol building, forcing Congress members to barricade themselves in small rooms.

Proving intent, Mr. McAuliffe said, requires a thorough examination of events before, during and after the President’s speech. “If you just look at one sentence in a speech, or even one speech – I think the story here is a longer narrative,” said the former assistant U.S. attorney in the Southern District of Florida, and former elected state attorney in Palm Beach County, where he oversaw 125 lawyers.

He is now in private practice in Florida, and this year published a novel loosely based on his experiences prosecuting the Ku Klux Klan in Louisiana.

“The investigators and prosecutors have just scratched the surface of what’s going to become available when they start interviewing witnesses and more importantly, involved participants. And then using the subpoena power of the U.S. grand jury to obtain information that wouldn’t otherwise be publicly available.

“For instance, what did the President do in the hours before appearing on stage and, in my words, commanding his followers to go to the Capitol?”

How much legal ammunition for prosecutors is in the speech itself is a matter of some dispute. “If you don’t fight like hell, you’re not going to have a country any more,” Mr. Trump said in the speech.

Michael Dezsi, a civil-rights attorney in Detroit, and adjunct law professor at the University of Detroit Mercy School of Law, describes that statement as “a call to arms.”

The vote in Congress certifying Mr. Trump’s Democratic opponent, Joe Biden, as president, was about to begin, and “clearly he’s telling his people, ‘go stop it,’” Mr. Dezsi said, adding that he expects Mr. Trump will be criminally charged.

On the other hand, Prof. Lakier, who specializes in free speech, said the President was careful not to be explicit. “Trump, like other strongmen, is clever enough to word things vaguely.” She said his speech “takes advantage of the violent capacity of the crowd, it encourages the violent capacity of the crowd; but it never specifically directs the crowd to be violent.” That’s not enough to show specific intent, she said.

One useful area of evidence involves the warnings of federal agencies such as the FBI, Mr. McAuliffe said.

“A grand juror or prosecutor would want to know, was the President aware of that intelligence, which would put him on more specific notice that promoting or commanding or having his followers go to the Capitol would have an imminent risk of violent activity.

“The more he knew about the unlawful aims and designs of some of the people in that crowd or his other supporters, the stronger the link is between [the President’s speech and the mob attack].”

Another is his behaviour while the attack was under way, when U.S. news organizations report that he watched it on TV and did not immediately call in the National Guard, or on supporters to abort the attack.

“From a prosecutorial perspective, I believe it would be directly relevant to evaluating his potential culpability,” Mr. McAuliffe said. “As the violent acts are occurring, and there is no question that they are linked to him in that [his supporters] walked down the national mall after his statements … what does he do at that point? And I think what he does, or what he doesn’t do, more importantly, bears on his intent.” 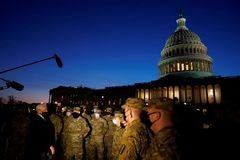 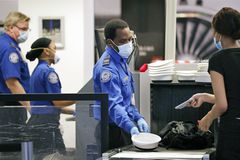 National Guard troops flood in as Washington locks down one week before Biden’s inauguration
January 14, 2021 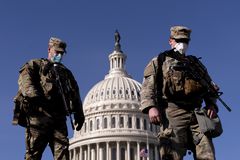