U.S. President Donald Trump said on Thursday it was time to recognize Israeli sovereignty over the Golan Heights that Israel seized from Syria in 1967, marking a dramatic shift in U.S. policy and giving a boost to Israeli Prime Minister Benjamin Netanyahu in the middle of his re-election campaign.

The disputed area was captured by Israel in the 1967 Middle East war and annexed in 1981 in a move not recognized internationally. Mr. Netanyahu has pressed the United States to recognize its claim and raised that possibility in his first White House meeting with Mr. Trump in February, 2017.

“After 52 years it is time for the United States to fully recognize Israel’s Sovereignty over the Golan Heights, which is of critical strategic and security importance to the State of Israel and Regional Stability!” Mr. Trump wrote on Twitter.

Mr. Trump’s move appeared to be his most overt yet to help Mr. Netanyahu, who is locked in a closely contested race in the April 9 election while also fighting allegations of corruption, which he denies.

Mr. Trump said in an interview with Fox Business Network’s Mornings with Maria that he did not intend his move as an explicit election boost for Mr. Netanyahu.

Mr. Trump, whose decision last year to move the U.S. embassy to Jerusalem from Tel Aviv angered Palestinians, faced some criticism for his latest move.

“Neither America nor Israel, neither Trump nor Netanyahu, will change the historical fact that the Golan lands are Syrian lands and they will remain Syrian lands,” Ayman Abu Jabal, a member of the Druze community in the Israeli-occupied Golan, said by phone.

“You’ve made history,” Mr. Netanyahu told Mr. Trump in a phone call after the announcement, according to the Prime Minister’s office.

Mr. Netanyahu had been expected to raise the issue again with Mr. Trump during his visit to Washington, an Israeli official said.

“At a time when Iran seeks to use Syria as a platform to destroy Israel, President Trump boldly recognizes Israeli sovereignty over the Golan Heights. Thank you President Trump! @realDonaldTrump,” Mr. Netanyahu wrote in a tweet.

At the United Nations, a spokesman for Secretary-General Antonio Guterres declined to comment.

The United States had foreshadowed the decision last week when the State Department issued its annual human-rights report. The report revised its usual description of the Golan Heights from “Israeli-occupied” to “Israeli-controlled.”

Officials waved away any concerns about Israel’s elections, the official said.

“Every single person was supportive of the idea,” said the official, who spoke on condition of anonymity.

There was no clarity from the White House on when formal paperwork would be issued confirming Mr. Trump’s tweeted decision.

Richard Haass, a former senior State Department official who is president of the Council on Foreign Relations, wrote on Twitter that he strongly disagreed with Mr. Trump’s Golan decision.

Mr. Haass said the move violates UN Security Council Resolution 242, “which rules out acquiring territory by war and serves Israel as it says all states have right 2 live in peace.”

The resolution, passed after the 1967 war, called for the withdrawal of Israeli forces from occupied territories and guaranteed the right of countries in the region to live peacefully within secure and recognized borders.

“It’s clear that this cynical move by Trump is not about the long-term interests of the U.S. or Israel, but rather about handing yet another political gift to Prime Minister Netanyahu in the hopes of boosting his chances for re-election next month,” said J Street president Jeremy Ben-Ami.

Mr. Trump’s announcement could complicate his administration’s plans to roll out its long-delayed Middle East peace plan after Israel’s election.

The plan, which has drawn widespread skepticism even before its unveiling, is intended not only to bring Israelis and Palestinians to the negotiating table but also draw Israel closer to its U.S.-allied Arab neighbors. Those states, however, have long rejected Israel’s annexation of the Golan. 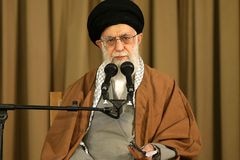 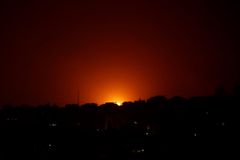 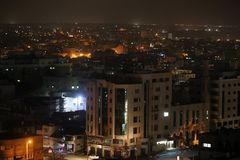