A defiant Donald Trump claimed a premature victory early Wednesday morning, accusing Democrats of attempting to steal the vote and vowing to fight the results of the presidential election to U.S. Supreme Court, even as several key battleground states remained too close to call.

Speaking in the East Wing of the White House shortly before 2:30 a.m. on Wednesday, Mr. Trump said he believed he won the election. “We were getting ready to win this election. Frankly we did win this election,” he said, despite millions of votes in a half dozen states yet to be counted.

Without offering evidence, Mr. Trump called the results of the vote “a major fraud on our nation” that was orchestrated by a “sad group of people.” He claimed Democrats had threatened to go to court to contest the election, before saying his campaign would launch its own legal challenge.

He hinted he would try to stop the counting of legitimate outstanding ballots in states that allow mail-in votes to be counted after election day if they are postmarked by Nov 3. “We want all voting to stop,” he said. “We don’t want them to find any ballots at 4 a.m. and add them to the list.”

Earlier in the evening both Democrat Joe Biden and Mr. Trump engaged in a war of words on Twitter. “We are up BIG, but they are trying to STEAL the Election,” Mr. Trump tweeted just before 1 a.m. “We will never let them do it. Votes cannot be cast after the Polls are closed!”

Twitter quickly placed a label on Mr. Trump’s tweet describing it as misleading. Mr. Biden took to the social media platform to criticize his Republican competitor: “It’s not my place or Donald Trump’s place to declare the winner of this election. It’s the voters’ place,” he tweeted, later adding: “We’re gonna win this.”

The future of Mr. Trump’s presidency hung in the balance Wednesday as the contentious and unprecedented election appeared headed toward a drawn-out battle. The vote was shaping up to be a repeat of 2016, coming down to the crucial states of Michigan, Wisconsin and Pennsylvania, where full results may not be known for days.

Mr. Trump expanded his support in Florida, a state he narrowly won in 2016, and took Ohio by roughly the same margin he saw four years ago.

However, he lost ground among suburban voters in states such as Texas, which Mr. Trump won by 3 points, and in North Carolina, where the Republican nominee held a 1.5-point lead over Mr. Biden. The race also tightened throughout the night in Georgia.

Mr. Trump lost Arizona, a traditionally Republican state quickly being reshaped by demographic changes, including a growing Latino population and the migration of diverse and educated professionals into the suburbs around Phoenix.

But Mr. Trump also benefited from strong turnout among his base in rural areas of the country that helped catapult him into the White House in 2016. He also saw a surge of support among Cubans and other Latino voters in South Florida, a population he heavily courted this year with messages warning that Democrats would embrace socialist policies.

Turnout in the race was set to reach near-record highs, with more than 100 million voters casting early ballots. The Biden campaign had hoped that efforts to encourage voters to cast ballots by mail to avoid crowded polling stations during a pandemic would boost turnout among Democrats. But while Mr. Biden had an early lead in several battleground states thanks in part to the results of advanced voting, Mr. Trump narrowed the gap among election-day voters as the evening wore on.

Throughout the election, Mr. Trump repeatedly sought to undermine confidence in mail-in voting, urging his supporters to protect polling stations against voter fraud. His campaign sued several states to prevent an expansion of mail-in voting, prevailing in a number of key states. The courts also sided with Democrats in a few instances.

Nearly half of states allow ballots postmarked by Nov. 3 to arrive well after election day, ensuring that their results may not be known for a week or more. Others prohibit counting advanced ballots before polls close. Election officials in the battleground states of Wisconsin, Pennsylvania and Michigan warned not to expect official results for up to several days.

The consequences of a delayed election outcome could lead to court challenges and distrust among the electorate, warned Donald Critchlow, Katzin Family Professor at Arizona State University and author of this year’s In Defense of Populism: Protest and American Democracy. “And whoever wins the election, their legitimacy as president will be questioned.”

Samuel Popkin, a retired political scientist at the University of California, San Diego, predicted Mr. Trump would not easily concede the race should the results not go in his favour. “He will stretch it out no matter what unless he wins,” said Prof. Popkin, author of the forthcoming book Crackup: The Republican Implosion and the Future of Presidential Politics. “I just can’t imagine that guy admitting defeat easily. It’s not in his blood. If Biden is inaugurated, Trump will claim after the inauguration, no matter what the facts are, that he had a bigger crowd.”

Mr. Trump, 74, remained the underdog throughout the campaign, which proved to be a referendum on his four years in office. He consistently trailed his Mr. Biden by several points in national polls.

He repeatedly played down the risks of the pandemic that has infected more than nine million Americans and killed almost 240,000 – only to become infected with COVID-19 himself as part of an outbreak among several White House staffers and campaign advisers.

Yet Mr. Trump also gambled that he could win re-election by appealing to a group of fiercely loyal supporters. He doubled down on the nationalist rhetoric that helped him take the White House in 2016. He offered racially charged warnings that protests over the police killings of Black Americans threatened the safety of suburban communities.

He cast Mr. Biden as a puppet of the radical left and a corrupt career politician in an attempt to repeat his successful attacks on Hillary Clinton four years ago. The charge was boosted by a series of controversial media reports about the business dealings of Mr. Biden’s son, Hunter, in China and Ukraine.

By contrast, Mr. Biden, 77, bet that large numbers of voters were worried enough about the pandemic to avoid in-person rallies and shun door-to-door visits by volunteers. He spent most of the election campaigning virtually from his home in Delaware before holding several small-scale, socially distanced gatherings in the final weeks before the vote.

The former vice-president appealed to voters with a message of unity, along with a return to decency and Obama-era liberalism. He promised to tackle the pandemic, expand access to affordable health care, rebuild the economy on clean-energy jobs, restore ties with the United States' traditional allies and return the U.S. to international agreements such as the Paris climate accord and the Iran nuclear deal.

While Mr. Biden maintained an early and consistent lead in the campaign, Mr. Trump saw a last-minute bump in the polls from positive GDP-growth numbers in the week before the election 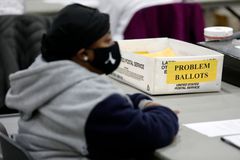 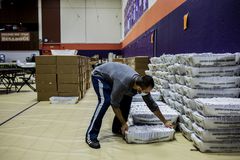 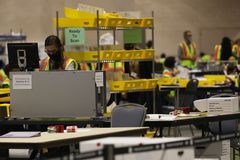