We can only guess how many people sputtered in confusion and anger Tuesday night after U.S. President Donald Trump tweeted he was cancelling his state visit to Denmark because its government refused to discuss the sale of Greenland.

Is this simply the latest example of this President’s fondness for maximizing chaos in order to keep all attention focused on him? Or is something darker and more dangerous happening within the West Wing?

In a way, it doesn’t matter. What matters is that, at a time of growing international tension – much of which has been created by the President’s own policies, Mr. Trump chose to offend an important ally by making a ludicrous request of Denmark and of Greenland, and then throwing a temper tantrum when they said no.

Never mind the reason behind Mr. Trump’s actions. Just look at his actions. They are terrifying.

That tweet – “Denmark is a very special country with incredible people, but based on Prime Minister Mette Frederiksen’s comments, that she would have no interest in discussing the purchase of Greenland, I will be postponing our meeting scheduled in two weeks for another time…" – ratcheted up a controversy that no one had even heard about before last Thursday, when The Wall Street Journal reported that Mr. Trump had been talking with aides about purchasing Greenland, an autonomous territory within the Kingdom of Denmark.

“I don’t want to predict an outcome,” White House economic adviser Larry Kudlow told Fox News on Sunday. “I’m just saying the President, who knows a thing or two about buying real estate, wants to take a look at a Greenland purchase.”

“Greenland is not Danish. Greenland is Greenlandic," she said. "I persistently hope that this is not something that is seriously meant.”

Mr. Trump seemed to confirm that he considered the whole idea a prank when he tweeted out a picture of a gold-plated Trump building Photoshopped onto a picture of a Greenlandic village with the statement: “I promise not to do this to Greenland!”

But then came the tweet that he was cancelling his long-planned state visit, which made the story very real.

Wednesday afternoon, the President told reporters that it was the tone of Ms. Frederiksen’s remarks, which he called “nasty” and “inappropriate,” that made him cancel the trip.

Mr. Trump called Foreign Affairs Minister Chrystia Freeland a “nasty woman,” during the NAFTA negotiations. As others have noted, the President is particularly bothered by women who refuse to do his bidding.

Nonetheless, it’s tempting to slough all this off as just another example of the President’s pathological need for attention. With an administration that commits outrages by the hour, what matters Greenland?

It matters a lot. Forty-three Danish troops died in the Afghan War, the highest per-capita fatality rate of any NATO coalition member. The President dishonours their sacrifice, and the sacrifice of every ally who came to America’s aid in that war.

The United States’ Thule Air Base in Greenland is a vital link in the American Ballistic Missile Early Warning System. Who would blame the people of Greenland if they demanded that Denmark order the Americans to close the base?

The President’s supporters maintain American control of Greenland is necessary because China has designs on the territory, which is strategically important within the Arctic region. If so, how has this helped?

As Mr. Trump offends one ally after another after another – calling Prime Minister Justin Trudeau “weak" and “dishonest” last year because he wouldn’t cave in NAFTA trade negotiations; questioning the importance of NATO; offending the Japanese and South Koreans while cozying up to North Korea – those allies must be wondering how much of this the Western alliance can take before the damage becomes too great.

"This is offensive. This is a slap in the face,” Rufus Gifford told CNN Wednesday morning of Mr. Trump’s decision to cancel the state visit. Mr. Gifford served as U.S. ambassador to Denmark during the Obama administration. "We are going to have a lot of fixing to do once this chapter of American history is over. "

The U.S. trade war with China is increasing the risk of a global recession. Beijing threatens to retaliate against pro-democracy demonstrators in Hong Kong. India has moved aggressively to strip Kashmir of its autonomy, enraging Pakistan. North Korea continues its nuclear-weapons program. Iran’s anger at the Trump administration for abandoning the nuclear-weapons treaty has ratcheted up tensions in the Strait of Hormuz. The U.S. government is asking for help in patrolling the strait.

The global situation would challenge the most capable and experienced president. Mr. Trump has decided to add to the mix by offending Denmark and Greenland.

Why would any ally lift a finger to help the United States today? 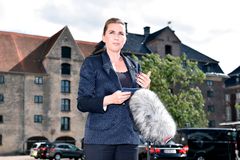 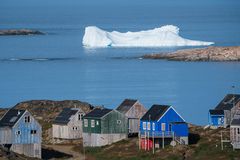