On Jan. 14, 2011, Zine El Abidine Ben Ali, the robber-baron dictator of Tunisia for almost a quarter-century, knew his time was up. The self-immolation of street vegetable vendor Mohamed Bouazizi in impoverished central Tunisia almost a month earlier triggered a national uprising that had reached the presidential palace in Carthage, in suburban Tunis.

With power slipping away by the minute, Mr. Ben Ali dissolved parliament and declared a state of emergency. At 4 p.m., with the fickle army gathering around his palace, he resigned, stuffed himself, his family, their nannies and any treasure they could grab into a nine-car convoy and headed to El Aouina military airport.

An hour later, his jet was gone. The Arab Spring had claimed its first strongman. Inspired by the success of the Tunisian revolution, uprisings soon began in Egypt and Bahrain. Civil wars that have killed hundreds of thousands of civilians and have yet to end erupted in Libya, Syria and Yemen.

Tunisians cheered the exodus of Mr. Ben Ali, who died in exile in Saudi Arabia in 2019. For the first time since the Phoenicians founded Carthage almost three millenniums ago, Tunisia would have truly free, unrigged elections, a free people and a free media. Today, the country remains the only successful Arab Spring democracy and a beacon of hope for the oppressed in dictatorships across North Africa and the Middle East.

Yet on the 10th anniversary of Mr. Ben Ali’s fall, the Tunisian revolution is, at best, a work in progress, one that has been rocked by political instability and at worst an economic and social failure, especially for young adults, more than a third of whom are unemployed.

Looking back at the decade, the ouster of Mr. Ben Ali was the easy part. The Jasmine Revolution, as it is also called, killed 338 people. While tragic, the bloodshed was relatively minor compared with the slaughters seen in Libya, Egypt and Syria. The violent blows that Tunisians took in the years after the revolution were horrendous, and any of them could have shattered the fledgling democracy.

Many Tunisians are desperate – to the point that they are plotting risky Mediterranean crossings. Some old enough to have had jobs in the last years of the Ben Ali regime say their lives were better back then, even though the dictator and his cronies were running a Mafia state.

Ali Zarroug, 26, is jobless and lives with his parents in Zarzis, the southern port city that is often the departure point for Italy-bound Tunisians. His folks give him a few dinars now and then, and he spends his days with his idle buddies in cafés. “When the revolution happened, we thought the country would be better than it was under Ben Ali, but it is getting worse every year,” he said, speaking through an interpreter. “In the Ben Ali era, I worked in a hotel as a waiter and was able to save money. After the revolution, tourism collapsed and nothing good happened. We didn’t ask [the new government] for anything, we just wanted jobs with dignity.”

After years of doing nothing, he wants to take a boat to Italy – even though he knows the trip could prove fatal. He said his older brother, who worked in a gold shop in Zarzis, died making the trip in an overcrowded raft in April, 2011, in the chaos and power vacuum immediately after the revolution. He was one of an estimated 28,000 Tunisians who fled to Italy that year, according the United Nation’s International Organization for Migration (IOM).

Mr. Zarroug said he and his friends are raising money to buy their own boat and hire a captain. He is not alone in his frustration. In 2020, almost 13,000 Tunisians made sea crossings to Italy, the IOM says, five times the previous year’s number. “I didn’t get any benefit from the revolution, and if the situation continues like this, nobody will stay in Tunisia any more,” he said. 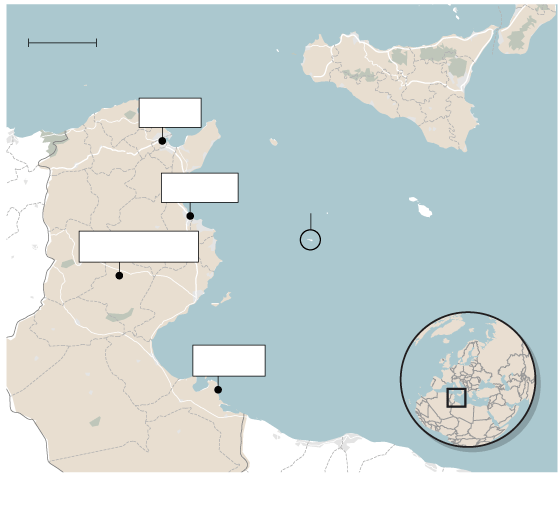 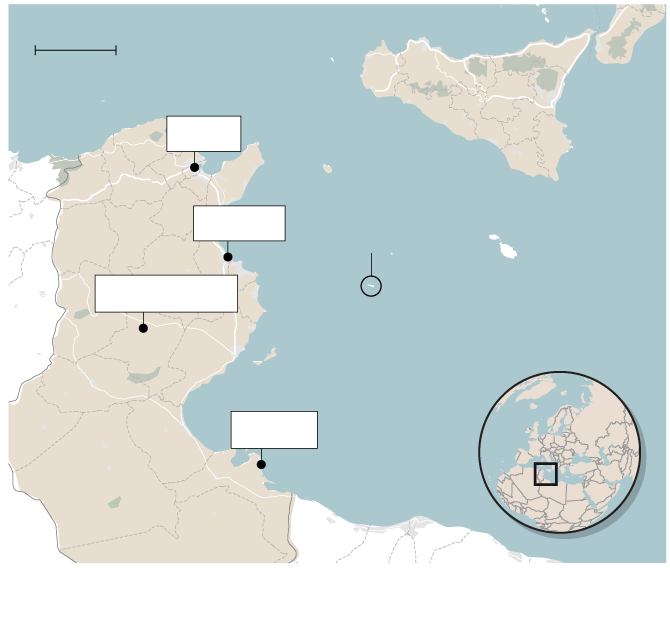 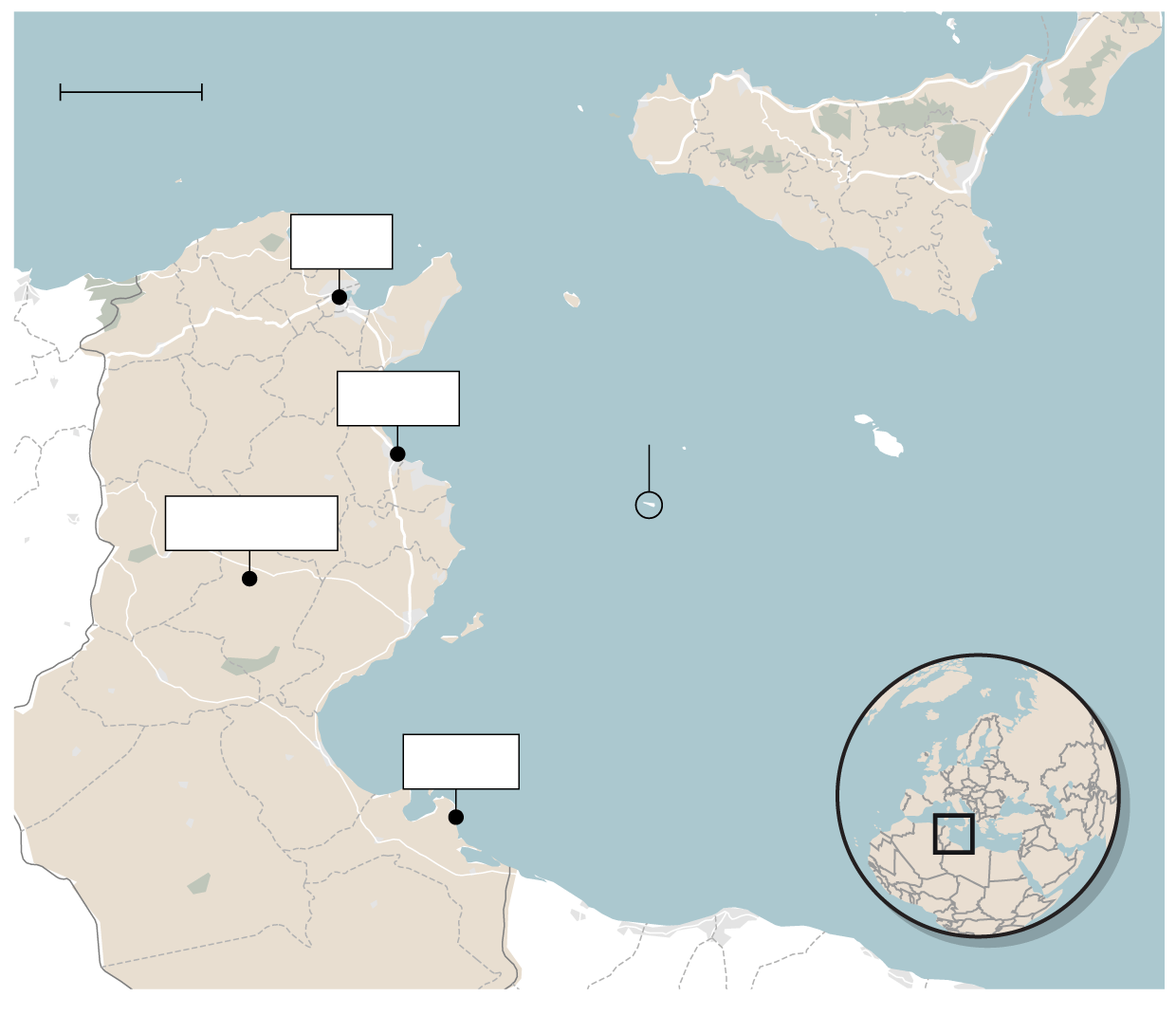 Moncef Marzouki, the 75-year-old human-rights activist and physician who was elected president of Tunisia in December, 2011, agrees the revolution has not yet translated into economic success, although its main objective – democracy – has been achieved. “Tunisia is infinitely freer – but a little poorer,” he said in an interview. “Yes, it is worrisome, but we can catch up. The worst would be to lose freedom again without becoming richer.”

Mr. Marzouki was president until late 2014 and oversaw the tumultuous democracy-building process that pitted Islamist and secularist parties against one another and launched the Truth and Reconciliation Commission that investigated human-rights abuses since 1955, when Tunisia was shedding its French colonial yoke.

He blames the “counterrevolution” – the anti-democratic forces inside and outside the country – for Tunisia’s faltering economic progress. “The counterrevolution did everything to instill permanent political instability,” he said. “We have never been able to devote ourselves to the socioeconomic problems occupied by repeated strikes, including teacher strikes, terrorist attacks, government crises and attempts at destabilization paid for by the United Arab Emirates, financier of the Arab counter-revolution” – referring to UAE and Saudi support for Tunisian parties filled with old Ben Ali allies and for Egyptian President Abdel Fattah al-Sisi, who was involved in the 2013 military coup that ousted Islamist president Mohamed Morsi.

Starting in 2012, Tunisia suffered a string of terrorist attacks that included the beach attack at Sousse, which killed 38 people, most of them British tourists, and the Bardo National Museum attack in Tunis that killed 22 visitors. Tunisian soldiers were hit by several savage raids sponsored by the Islamic State, which claimed responsibility for the Sousse and Bardo attacks. In 2013, the country was shaken by the assassinations of two high-profile, left-wing politicians; both killings were blamed on Islamic extremists and triggered mass protests and strikes organized by the mainly secular opposition parties.

The turmoil was reflected in Tunis, where almost no government lasted more than a couple of years. Since 2011, Tunisia has milled through five presidents, nine prime ministers, three legislative elections, two presidential elections and three interim presidents.

The good news, other than that Tunisia held together, is civil society groups and the free media flourished, women were given more rights – the 2014 constitution guarantees “equal opportunities for men and women” – and more than 100 political parties and movements were born, the mark of a jumbled yet flourishing democratic culture. In 2015, the Tunisian National Dialogue Quartet – the four civil society groups that worked hard to consolidate the country’s democratic progress – won the Nobel Peace Prize.

The economy has been the main victim of the revolution. Economic reform, breaking the oligarchy and ending the corruption carried over from the Ben Ali kleptocracy was either ignored or failed for lack of initiative and tools. According to World Bank data, Tunisia’s gross domestic product per capita has fallen steadily since 2014. The economy is not competitive or innovative enough to create jobs, and Tunisia’s young people have become disillusioned. The pandemic destroyed the tourism industry, which is vital to coastal resort cities such as Hammamet and Sfax.

A recent YouGov poll found only 27 per cent of Tunisians say life is better today than before the revolution. “Corruption was the evil which plagued the state and society and which led to the revolution,” Mr. Marzouki said. “The corruption has been stronger than any government.”

Hassib Abidi, 28, an unemployed law school graduate and civil-rights activist who lives in Jendouba, a small city in the extreme northwest, has had no career luck in the post-Ben Ali years. “The revolution succeeded in the political side but not in the social and economic sides,” he said through an interpreter. “Political parties are doing the same thing that Ben Ali used to do. There is too much corruption in offering job opportunities.”

The disillusionment about job scarcity is not universal. Some Tunisians who fled the country during the Ben Ali era but returned after he fled think it’s easier than ever to start a business and say determined entrepreneurs will succeed. They say the mindset of a lot of Tunisians – that the government owes them a livelihood – has to be broken.

One such entrepreneur is Leila Ben Gacem, 51, who came back to Tunisia in 2012 after a career in biomedical engineering in Germany and Libya and reinvented herself. She restored two buildings in Tunis’s ancient medina, a UNESCO heritage site, and turned them into upscale boutique hotels that were often full before the pandemic hit. She calls herself a “social entrepreneur” and employs more than a dozen young adults who dropped out of high school out of frustration and boredom.

She also started a heritage consultancy called Blue Fish, got herself elected as a councillor in Beni Khalled, a small city near Tunis, and coaches young people on how to start a business. “I came back to Tunisia because it was a magical time to start a business,” she said. “It was much more open and there was more equality. The system under Ben Ali was made for his family and friends. Kids know that a degree will get them nowhere in Tunisia, but we can now build things ourselves.” 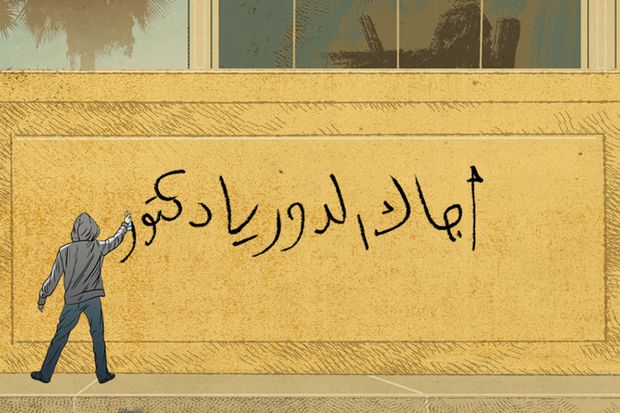 From the archives: Arab Spring’s aftershocks

It started as simple teenage rebellion but ended up tearing Syria apart, setting in motion events that continue to rock the Middle East and the world. In 2016, The Globe and Mail’s Mark MacKinnon retraced the story of the boys whose graffiti would make them unlikely Arab Spring revolutionaries.

Editor’s note: This story has been corrected to fix the spelling of Leila Ben Gacem's name.

Italy plunged into fresh political crisis during darkest days of the COVID-19 pandemic
January 13, 2021
opinion
Europe hands China a symbolic and strategic victory as Beijing cracks down on democracy
January 8, 2021
Under fire for slowest COVID-19 vaccine rollout in Europe, France vows to speed up campaign
January 5, 2021