Russia told Turkey that Syrian Kurdish YPG fighters have left a strip of land near the Syrian-Turkish border within a 150-hour deadline set by Ankara and Moscow, President Tayyip Erdogan said on Tuesday.

Under an accord between Erdogan and Russian President Vladimir Putin a week ago, Syrian border guards and Russian military police were meant to clear all YPG forces and their weapons from a 30 km (19 mile) “safe zone” south of the border by 6 p.m. (1500 GMT) on Tuesday.

In the next phase of the plan, Russian and Turkish forces are due to conduct joint patrols of a narrower, 10 km strip of land on the Syrian side of the border. Talks on how those patrols will work are continuing, Erdogan said.

Turkey views the YPG as a terrorist organization because of its links to Kurdish insurgents in southeast Turkey and attacked the U.S.-allied YPG following U.S. President Donald Trump’s abrupt withdrawal of 1,000 American forces from northern Syria in early October.

“Russia has conveyed to our relevant authorities that terrorist organisations have been fully taken out from (the border area),” Erdogan said in a speech at a celebration in Ankara marking the anniversary of the Turkish Republic.

He said Turkey’s talks with Russia would continue on Wednesday.

Earlier, Russian Defence Minister Sergei Shoigu said the YPG had completed their withdrawal ahead of the deadline, but a top aide to Erdogan said Turkey would now see through its planned joint patrols with Russia whether the militia had truly left.

“The time is up. We will establish, through joint patrols, whether or not the terrorists have actually withdrawn,” said Fahrettin Altun, Erdogan’s communications director.

Foreign Minister Mevlut Cavusoglu, speaking at a joint news conference in Geneva with his Russian and Iranian counterparts, said Turkey will eliminate any remaining YPG fighters it sees in the “safe zone.”

The Putin-Erdogan deal reinforced an existing U.S.-brokered ceasefire that had halted Turkey’s offensive against the Kurds.

Borenkov also said the forces of Syrian President Bashar al-Assad – a close ally of Moscow – had set up 84 border outposts on the Syrian-Turkish border. Russia has emerged as the key foreign power in Syria, its influence in the more than eight-year-long war boosted by the U.S. troop withdrawal.

The Turkish defence ministry said later on Tuesday that 18 people, suspected of being part of Syrian government forces, had been captured in the northern Syrian town of Ras al Ain, which Turkey targeted in its offensive, and added that the issue was being co-ordinated with Russian officials.

Earlier on Tuesday, the Turkey-backed Syrian rebels said they had arrested an undisclosed number of Syrian army soldiers near Tel Hawa, in the Ras al Ain countryside. A spokesman for the rebels said that the YPG had not fully withdrawn from the border area and that a new round of clashes were expected.

A Russian delegation is in Turkey for talks on how the patrols will work and on the wider security situation in northeast Syria.

Reconnaissance flights and mine clearing operations had begun in the 10 km strip of land where the joint patrols are set to take place, the Turkish defence ministry said. It did not say when the patrols would start.

In an interview in Tuesday’s edition of the Sabah newspaper, Akar had complained that some Kurdish YPG forces remained in the area of the Turkish-Syrian border.

He said around 1,000 YPG fighters remained in the border town of Manbij and a further 1,000 in nearby Tel Rifaat. The two towns are to the west of the strip of territory that Turkey wants to turn into a “safe zone” but Syrian and Russian forces are also meant to clear them of YPG forces.

Later on Tuesday, the Turkish defence ministry said that Russia had informed Turkey that the YPG had been taken beyond 30 km from the Turkish border and out of Manbij and Tel Rifaat, along with their heavy weapons within the deadline.

Turkey’s NATO allies, including the United States, have criticized Ankara’s actions, fearing it will undermine the fight against Islamic State. The YPG is the main component in the Syrian Democratic Forces (SDF) that fought alongside Americans to oust Islamic State.

The United States Special Envoy for Syria Joel Rayburn voiced concern at what he said was the “continuing dangerous situation in northeast Syria” and urged all sides to work toward stabilizing the region. 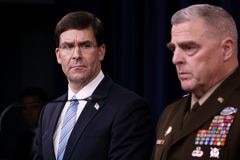 U.S. wants to bolster fight against Islamic State after its leader’s death
October 29, 2019 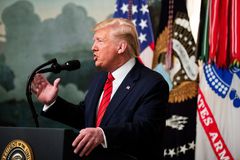 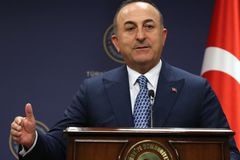