Turkey’s parliament on Tuesday passed a law that will allow the release of tens of thousands of prisoners to ease overcrowding in jails and protect detainees from the coronavirus, but which critics slam for excluding those jailed on terrorism charges.

The law will open the way for the temporary release of around 45,000 prisoners to stem the spread of the coronavirus. Those eligible will be released under judicial control until the end of May and the Justice Ministry will be able to extend the period three times by a maximum of two months each time, according to the law.

A similar number would be released permanently under a separate part of the legislation aimed at reducing prison overcrowding.

Justice Minister Abdulhamit Gul said on Monday there were 17 confirmed cases of COVID-19 among prisoners, including three deaths, and 79 prison personnel had also tested positive.

The law has been criticized by opposition parties and activists for excluding those jailed on terrorism charges, which include journalists and politicians swept up in a crackdown following a coup attempt in 2016.

Opposition members say the release of criminals including thieves, racketeers and those involved in bribery could lead to a rise in crime.

Violations of Turkey’s intelligence law are not eligible for earlier release, which opposition members said aimed to exclude journalists imprisoned earlier this year for reporting the death of Turkish intelligence members in Libya’s conflict.

Turkey has arrested thousands of academics, lawyers, journalists, civil servants and members of the military it says were supporters of U.S.-based cleric Fethullah Gulen, who it blames for the coup attempt. Gulen denies any involvement.

Many Kurdish activists and politicians the state says have links to the banned Kurdistan Workers’ Party (PKK) are also in jail.

Amnesty International welcomed the steps to reduce overcrowding in prisons but said the law failed to cover others who should be considered for release.

“Those convicted in unfair trials under Turkey’s overly broad anti-terrorism laws are also now condemned to face the prospect of infection from this deadly disease,” Amnesty campaigner Milena Buyum said.

“Turkey’s government must do the right thing and immediately release those who are imprisoned solely for expressing their peaceful views,” she said.

Under the crackdown since 2016, the number of prisoners has risen to nearly 300,000 – the second-largest prison population in Europe and the most overcrowded prison system as of January 2019, according to data from the Council of Europe.

Around 50,000 people convicted or jailed pending trial on terrorism charges, including members of the PKK and Gulen’s network, are excluded from the new law, according to an opposition parliamentarian.

CHP parliamentarian Turan Aydogan said the law should have been designed to protect freedom of thought.

“You lock up whoever criticizes,” he said, addressing AKP and MHP members in parliament. Another CHP member said all 210 amendments to the law proposed by opposition parties were rejected.

Turkey calls on private banks to do more to help fight coronavirus
April 12, 2020 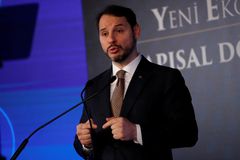 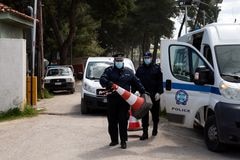 Turkey evacuates thousands of migrants from border with Greece amid coronavirus pandemic
March 27, 2020 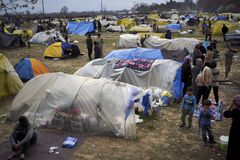