The first time I felt hopeful about peace in Afghanistan, I was a young reporter working for this newspaper. My right ear was bothering me with a persistent tinny sound after I had stood near Canadian artillery as the troops slammed shell after shell into the Panjwai valley. They fired so many rounds that they ran out of ammunition and left me temporarily half deaf.

When the dust settled after the NATO offensives against the Taliban in the fall of 2006, I went back to the Panjwai valley to speak with elders trying to foster negotiations with the insurgency. There was optimism among the old men as they dialled their cheap mobiles to reach Taliban officials and government leaders. It seemed reasonable to the locals that a settlement could be reached between the Taliban and the president at the time, Hamid Karzai, whose home village was only a short distance away. One of them called a Taliban official who claimed to speak for Mullah Akhtar Mansour, an insurgent commander.

“The problem is that people around Karzai, people in the government, don’t want us to join the government,” the Taliban official said. “Maybe it will take some time: two, three, four years. But this is our goal.”

The grey-bearded men sitting on carpets watched me carefully. Would the foreigners' powers accept Taliban into the government? To me, it seemed like a good alternative to the escalating war.

All of us would be disappointed. Renewed battles killed more than 100,000 people in the following years. The war in Afghanistan is now the deadliest conflict in the world, killing as many people last year as the wars in Syria and Yemen combined.

The story of how peace efforts in the Panjwai valley collapsed more than a dozen years ago says a lot about why the war persisted. It also reveals why the latest talks have a better chance of success. American officials now seem confident that recent conversations with the Taliban have produced a basic framework of understanding with the insurgents, something that skilled diplomats might nurture into a peace agreement.

Difficult negotiations remain ahead. The Western-backed government in Kabul wants a ceasefire, while the Taliban are worried about halting attacks and losing momentum. The structure of intra-Afghan negotiations also remains to be decided. Any deal would be just the beginning: making it stick and implementing the terms would be much harder. Still, for ordinary Afghans, the talks offer hope for respite from a conflict that has been intensifying and spreading across the country.

Why didn’t peace happen years ago? The Daily Show’s comedy writers offered the best summary (as usual). A senior U.S. official sent me the clip. “Funny how America has lowered its expectations in Afghanistan, right?” Chuckles in the audience.

I laughed, but felt a stone in my throat. The Taliban have not significantly changed their bargaining position. Violence has not forced the insurgency into submission. The reality is that the United States could have made a reasonable deal in 2006, or even earlier. America needed lower expectations, in a sense: a realization that U.S. counterterrorism aims could be achieved without a vast archipelago of military bases. Whatever expectations the United States and its allies had for the future Afghan government also needed to be modified, to include the aspirations of the Taliban and their supporters.

It was hard for NATO allies to imagine anything of the kind, unfortunately. It was even harder for them to find opportunities for peacemaking, because many of their partners in the Afghan government had incentives to keep the war going. In the case of the Panjwai initiative, local elders eventually managed to get an audience with the most powerful official in southern Afghanistan: Ahmad Wali Karzai, the former president’s half-brother. He previously worked as a restaurant manager in Chicago. By the time he welcomed the Panjwai elders into his heavily guarded house in Kandahar city, he was considered one of the country’s richest men. His sitting room was always full of supplicants waiting to see him, begging for favours. His soaring fortunes appeared to result from his exalted place in the new government, and he was not about to share any of it with the Taliban.

Mr. Karzai rejected the elders’ invitation to make peace, and then played down the significance of the diplomatic opening to his contacts among NATO allies. The Canadian government seemed confused when I started asking for its reaction to the Panjwai discussions, and then suggested that peace is a matter for the Afghan government to handle: “We’re not involved,” a Canadian official said.

If they had bothered to ask, the NATO allies might have discovered that the Taliban were making demands that could have been accommodated. It tells you something about the political climate in those days that my article at the time referred to their bargaining positions as “exceptionally tough,” but, in retrospect, they were not. The Taliban wanted a withdrawal of foreign troops, a declaration that the Taliban are not terrorists, and a role for Taliban leaders in government. All three of those things, and more, are potential concessions now on the table as the United States negotiates with the insurgency.

Something that still bothers me about that episode in the Panjwai valley is the fact that nobody on the pro-government side seemed eager to seize the opportunity. My story about the secret Taliban talks was published on the front page. Afghans working with the NATO forces would have immediately noticed the big name in the article: Mr. Mansour was a senior member of the insurgency, and would later become overall leader of the movement.

In other words, the future head of the Taliban had floated a trial balloon under the noses of the Canadians and the Americans stationed in southern Afghanistan. Like other chances for peace, sadly, the moment drifted away. Thousands of coalition soldiers died in combat, including 158 Canadians; the death toll among Afghan security personnel runs into the tens of thousands.

This latest opportunity for peace could also slip away. A major difference on this occasion, however, is that the United States and its allies are no longer sitting on the sidelines of diplomacy, saying “we’re not involved.” U.S. envoy Zalmay Khalilzad has been open about his mission to negotiate directly with the Taliban. He emerged from six days of talks in Doha last month saying that the two sides agreed in principle on a framework under which the Taliban promises no safe havens for terrorists – something they offered in the past – in exchange for a withdrawal of U.S. troops. Mr. Khalilzad emphasized that the Taliban must also commit to a ceasefire and negotiations with the Afghan government. Whether the United States sticks with that “package deal” will mark the difference between a peace agreement and a fig leaf for a hasty American exit.

The pace of planned U.S. troop departures is unknown, but the vagueness could be intentional. Some members of the Afghan elite in Kabul would be tempted to stall negotiations if they believed that would slow the U.S. departure and keep the money flowing to the current system of government, military, non-government organizations and so on. Conversely, if the Taliban thought the United States would pull out unilaterally then the insurgents would have no motivation to talk. Ambiguity might be constructive at this early stage.

Many people are understandably worried about what happens when the Taliban join mainstream politics. One potential advantage might be greater political representation from across the country, especially from the rural villages that contain the vast majority of the population, where insecurity keeps people away from the polls. Last month, the Independent Election Commission announced preliminary results of the parliamentary round, claiming 3.6-million ballots cast. Even assuming an absence of fraudulent votes (which never happens), that suggests about one fifth of the majority-age population voted. Compared with 200 countries’ recent parliamentary elections, Afghanistan ranks among the bottom 10 in terms of participation, alongside countries where casting a vote does not matter.

The views of people in Afghanistan should matter when it comes to their future. The fate of these negotiations remains terribly uncertain, and the risks are enormous. Diplomacy at this stage is a high-wire act. No matter how violent Afghanistan is today, a misstep could plunge the country further into civil war.

Still, this is the best chance at peace that Afghanistan has witnessed in years. The Americans are serious about leaving, a fact that opens new political horizons in the country and the region. It also brings a new level of intensity to the negotiations on all sides.

Years ago, I used to sit with Canadian diplomats as the sun slanted over the jagged rock outcrops that surround Kandahar city. We would ask each other whether we might some day return as tourists and climb those hills – or whether peace would take so many years that our bad knees would stop us. Sometimes I despaired about ever seeing the view from those peaks, looking west into the green mist over the Panjwai valley. Today, despite everything, I feel hopeful again.

Graeme Smith is a consultant for the International Crisis Group, based in Beirut. His book The Dogs Are Eating Them Now: Our War In Afghanistan, was published in 2013.

Afghanistan at a glance 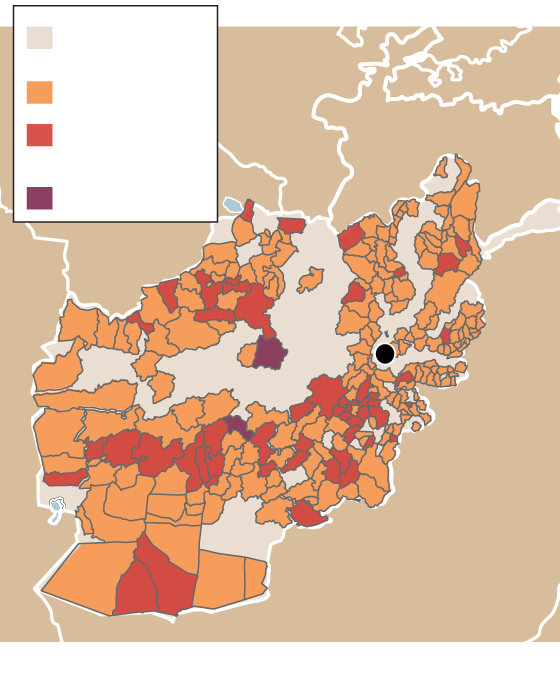 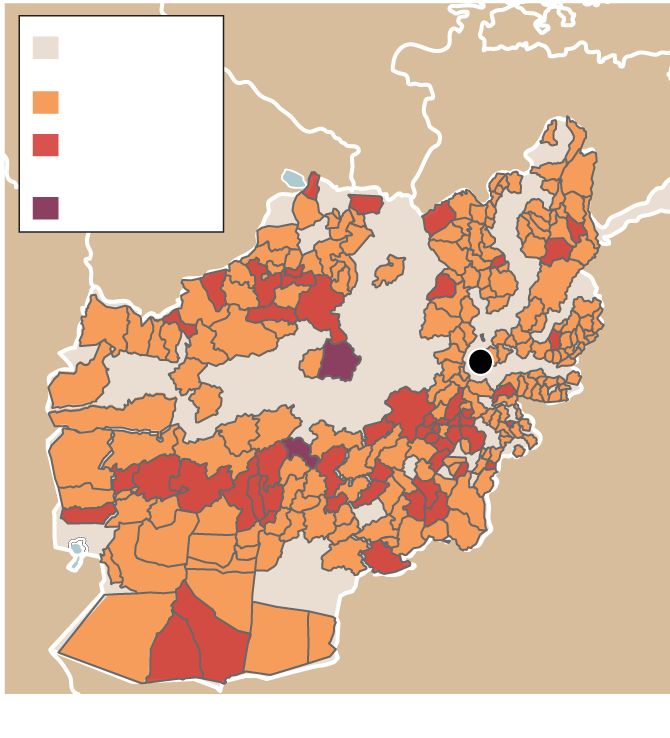 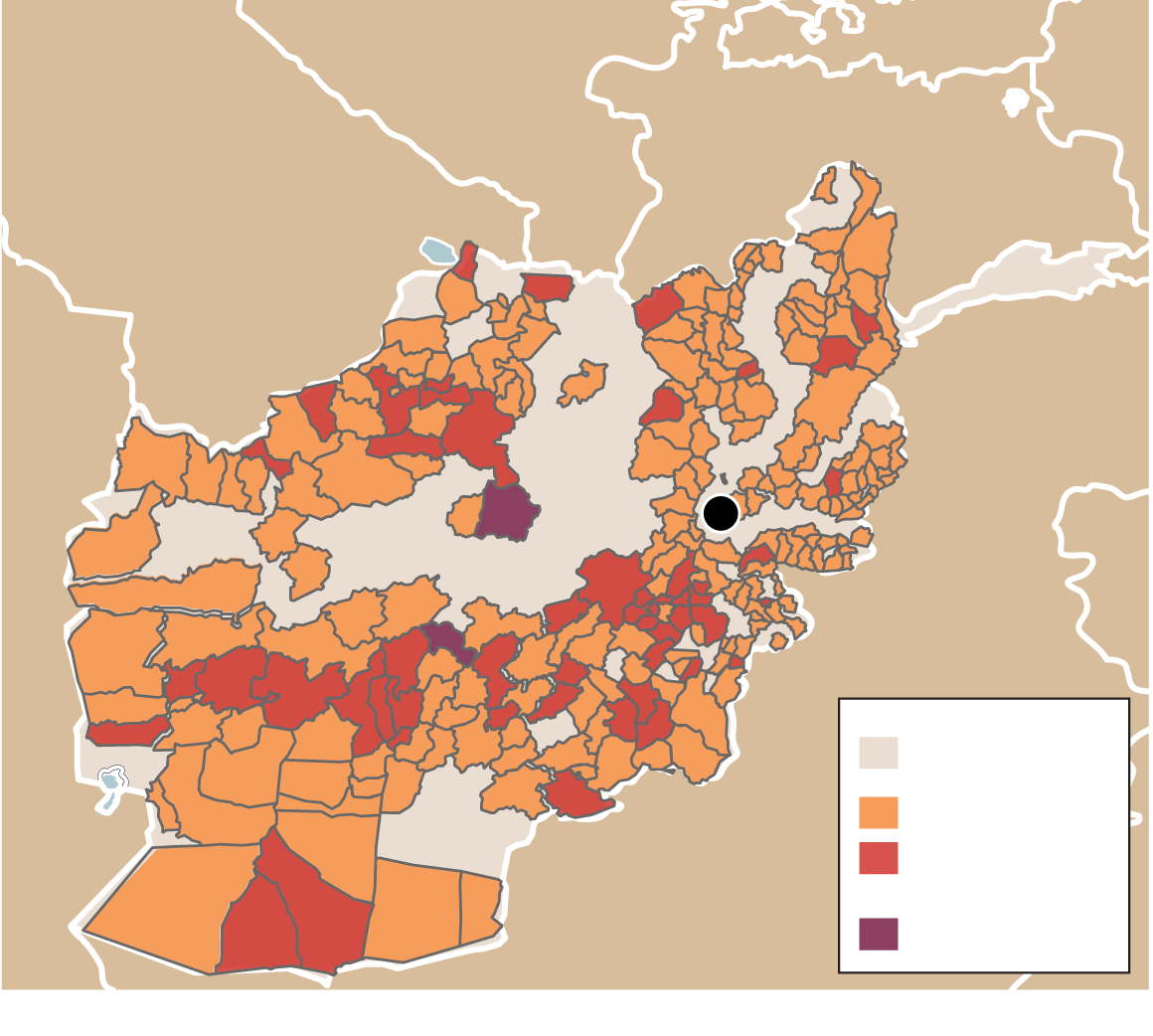