Two Canadian men detained in China are being held in isolation, barred from going outside or seeing the sun.

Wednesday marked four months of detention for Michael Kovrig and Michael Spavor, who are being held in a government system that gives Chinese authorities up to six months to conduct interrogations outside the formal legal system.

Chinese authorities seized the two men on Dec. 10, days after the arrest in Vancouver of Meng Wanzhou, a top executive of Chinese telecom giant Huawei Technologies Company Ltd. Ever since, the men have been subjected to interrogations of six to eight hours a day, according to a Canadian official, who was granted anonymity because of the political sensitivity of the case.

China has accused Mr. Kovrig and Mr. Spavor of espionage-related offences, although neither man has been formally charged. They have been prevented from seeing family or lawyers but have been granted monthly, 30-minute consular meetings. Those meetings provide the sole opportunity to leave the facilities where they are being held.

At other times, the men are kept under 24-hour artificial lighting and constant surveillance.

After months in custody, some aspects of their confinement have changed. They are no longer interrogated every day, the official said, and Mr. Kovrig has been allowed to use a mask to gain some reprieve from the bright lights when he sleeps. Both men have been provided with reading materials sent by friends and family; for Mr. Spavor, those have included novels, Chinese language study materials and meditation books, according to a person who knows him and also asked to remain anonymous.

But the conditions of their confinement constitute a form of torture, said Peter Dahlin, the director of Safeguard Defenders, which tracks China’s detention of people during investigations.

Barring detainees from seeing daylight is a form of stimulatory deprivation that can create disorientation, he said. “It can also affect the ability to get proper sleep, as the circadian rhythm is altered, a more indirect way of sleep deprivation which, again, weakens you.”

It “is just one of the many psychological tools they have and use” in a bid to extract confessions, said Mr. Dahlin, who was himself detained and interrogated in China in 2016, where he had worked as a human rights advocate.

The treatment of Mr. Kovrig and Mr. Spavor stands in contrast to that of two other Canadians, Kevin and Julia Garratt, who were similarly detained in China in 2014. The Garratts were also regularly interrogated, but Chinese authorities gave them 15 minutes a day to walk outside.

In their book, Two Tears on the Window, they describe those brief moments as important interludes from the pressures of interrogation. Once, Ms. Garratt watched lanterns floating into the sky. “Red means happiness in Chinese culture and that night it was true!” she wrote. The husband and wife were allowed outside separately but in the same location; in winter, they etched Bible verses, hearts and sculptures – a saxophone, a lion head, a Thanksgiving dinner – into the snow as messages for each other.

“We were children making sense of suffering, playing games in the snow,” Mr. Garratt wrote.

Mr. Kovrig and Mr. Spavor have no such opportunity.

The Canadian government has sought to exert pressure on Beijing to release the men, whose detention Ottawa has called “arbitrary.” On Monday, Foreign Affairs Minister Chrystia Freeland said she had most recently raised their case with foreign ministers at NATO and G7 meetings.

“This is an issue where we are talking about it with our closest allies around the world and getting their support,” she said.

‘I felt like a slave:’ Inside China’s complex system of incarceration and control of minorities

Dozens of scholars and representatives of prestigious think tanks have publicly spoken out against the detention of the two men – in particular that of Mr. Kovrig, a former diplomat who is an analyst with International Crisis Group.

On Wednesday, family and friends of Mr. Spavor also made a new effort to raise attention to his case with freemichaelspavor.com, a website intended as a gathering place for anecdotes about a businessman who specialized in bringing tourists, artists, athletes and others to North Korea.

“Our intention is to put a human face on a man who has been caught up as an unwitting and unwilling human pawn in a confrontation between two superpowers and swept along by geopolitical currents and forces beyond his control,” the site’s authors wrote.

They reject the allegations that Mr. Spavor engaged in espionage.

“Michael is a gregarious and big-hearted man of bounding entrepreneurial verve, endearing mild eccentricities, and above all an intense and abiding love for all things Korean,” they wrote. “Between China and Korea he is an interlocutor not an informer, an operator not an operative.”

“Michael has many friends. Several have come together to construct the website, contribute to it, to tell their stories of just how wonderful a human being he is, how we miss his company, about the circumstances that have befallen him and the injustice he continues to suffer,” said Dean Ouellette, a Canadian scholar living in South Korea who is a long-time friend of Mr. Spavor.

“What they’ve done with Michael is just baffling,” added Jon Dunbar, another Canadian and friend in South Korea. “People shouldn’t forget that the situation hasn’t been resolved.” 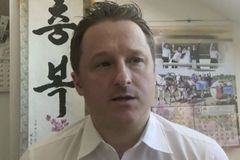 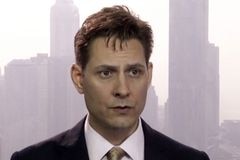 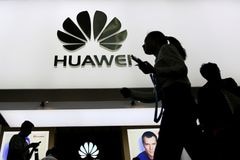