Twenty years ago, two historic notebooks belonging to the renowned naturalist Charles Darwin were found missing from the archives at Cambridge University Library. The tiny books recorded Darwin’s thoughts after he returned to England from his famed voyage aboard the HMS Beagle, as he grasped toward ideas that would form the foundations of modern evolutionary biology.

Now, the library had said it believes the notebooks were most likely stolen, and it launched a public appeal for any information about their whereabouts Tuesday. Local police say they have asked Interpol to place the items on its Stolen Works of Arts register.

The library, which houses the largest collection of Darwin’s writings, has described the missing notebooks as “priceless,” but nevertheless estimated their value at “millions of pounds.”

One page, reproduced around the world in museum exhibits, on schoolroom posters and on T-shirts, gives his first sketch of a “Tree of Life,” mapping out how related species could diverge from a common ancestor, much like the branches of a tree diverging from a trunk.

Jessica Gardner, Cambridge University’s librarian and director of library services, said the institution was “determined to do everything possible to discover what happened and will leave no stone unturned” to find the notebooks.

“Someone, somewhere, may have knowledge or insight that can help us return these notebooks to their proper place at the heart of the U.K.’s cultural and scientific heritage,” she said in a statement published by the library.

The notebooks were first listed as missing in January, 2001, and staff at the library had long thought they had simply been misplaced among its vast collection of around 10 million books and objects. But after an exhaustive search, which the library has said was the largest in its history, curators have concluded that they were likely stolen.

“Today, any such significant missing object would be reported as a potential theft immediately and a widespread search begun,” she said. “We keep all our precious collections under the tightest security, in dedicated, climate-controlled strong rooms, meeting national standards.”

The notebooks were long held in the library’s Special Collections strong rooms, home to the most valuable and rare items in the collection, and in September, 2000, they were taken out to be photographed. During a routine check a month later, a small box containing the two notebooks was found missing, the library said.

Despite years of searching, including a final specialist search Dr. Gardner organized earlier this year, they were never found.

This led the library and national experts in cultural heritage theft to conclude that they have likely been stolen. Dr. Gardner encouraged any current or former staff members, those in the book trade, researchers, or anyone in the public who may have information to get in touch.

The public appeal was launched to coincide with the anniversary of Darwin’s publication of his seminal work, On the Origin of Species, on Nov. 24, 1859.

Detective Sergeant Sharon Burrell of the Cambridgeshire police said the stolen items had been reported to Interpol and she hoped publicizing the potential theft “jogs someone’s memory,” resulting in information that can secure their return.

“Due to the time since their disappearance, information from the public will be very important to this investigation,” she said in a statement. 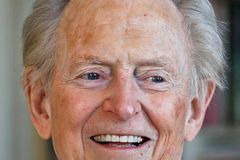 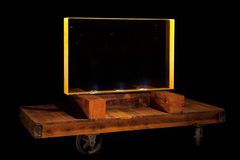