Uganda’s police and military have tightened their grip on the country’s biggest opposition party, raiding its headquarters and besieging its leader’s home, as international concerns mounted in the aftermath of a disputed election result.

The crackdown on dissent in Uganda has provoked sharp criticism from a senior adviser to U.S. president-elect Joe Biden, bolstering speculation that the Biden administration will take a stronger position on human rights and democracy in Africa after he takes office on Wednesday.

The Canadian government also criticized the Ugandan authorities for shutting down internet access and imposing house arrest on the main opposition leader, Robert Kyagulanyi, a popular singer who is better known as Bobi Wine.

“Canada has called on Ugandan authorities to grant immediate freedom of movement to opposition candidates,” Christelle Chartrand, a spokesperson for Global Affairs Canada, told The Globe and Mail on Monday.

“Canada is deeply concerned by the serious restrictions exhibited during Uganda’s election, including the ongoing partial internet shutdown by the government of Uganda, and restrictions on the freedom of peaceful assembly, association and expression,” she said.

President Yoweri Museveni, who has ruled Uganda for the past 35 years, was declared on Saturday the winner of last week’s election. According to the official results, he received 58.6 per cent of the vote, compared with 34.8 per cent for Mr. Kyagulanyi, who has rejected the official count as fraudulent.

A Ugandan newspaper, the Daily Monitor, reported on Monday that the results had excluded thousands of votes from hundreds of polling stations in two opposition strongholds.

In the days since the election, Ugandan soldiers and police have surrounded the home of Mr. Kyagulanyi, barred him from leaving, blockaded his home against any visitors, cut off his food supplies and assaulted one of his supporters who tried to visit him. On Monday, they also raided the office of his political party and sealed it off.

The raids and blockades were “the most despicable forms of intimidation,” Mr. Kyagulanyi said on Twitter.

The blockades also made it impossible for his lawyers to meet him to prepare their legal challenge to the election results.

The U.S. ambassador to Uganda, Natalie Brown, tried to visit Mr. Kyagulanyi on Monday to check on his health and safety, but security forces turned her away from his home.

“Nobody should be unlawfully denied a means to communicate and the freedom to leave their home,” the U.S. embassy in Kampala said in a statement after the incident.

“Uganda’s election campaigns were marred by the harassment of opposition candidates, campaign staff and supporters; suppression of the media and civil-society organization activities; and a nationwide internet shutdown before, during and after voting day,” the U.S. embassy statement read.

Jake Sullivan, the incoming national security adviser in Mr. Biden’s administration, issued his own statement. “The news from Uganda is deeply concerning,” he said in a tweet on Sunday. “Bobi Wine, other political figures and their supporters should not be harmed, and those who perpetuate political violence must be held accountable. After this flawed election, the world is watching.”

It was the second such statement by Mr. Sullivan in recent weeks. Late last month, he also voiced concern at the arrest of Ugandan human-rights lawyer Nicholas Opiyo and the “repression of civil society and the opposition” in the final days before the election.

Jeffrey Smith, head of Vanguard Africa, a U.S.-based democracy advocacy group that has worked closely with Mr. Kyagulanyi, said the statements by Mr. Sullivan “are a powerful indication that the new administration might elevate human rights and democracy promotion from their current place, in the basement, to their rightful places as a pillar of U.S. foreign policy.”

Mr. Biden has also nominated several other human-rights advocates to key posts in his administration, which “bodes well for the future,” Mr. Smith told The Globe.

In effect, the Ugandan authorities are keeping Mr. Kyagulanyi in military custody, even though he’s a civilian, which is a violation of international law, Mr. Smith said. The military detention is “a form of psychological and physical abuse,” he said.

Despite the U.S. and Canadian criticism of the current crackdown, Mr. Museveni has long been propped up by Western support for his government and his security forces, including nearly US$1-billion in annual aid from the United States and smaller amounts from Canada.

Canada has helped to finance Ugandan troops in a peacekeeping force in Somalia, and it has chosen to base a Canadian military airplane at Entebbe airport in Uganda as part of a United Nations support mission.

“President Museveni made a strategic decision in the late 2000s to entrench UN dependence on Entebbe airport,” said Chris Roberts, a University of Calgary political scientist who studies African military issues. “That makes it difficult for other countries to criticize his increasingly authoritarian grip on domestic politics.” At least 16 people killed in Uganda as troops move to quell protests over arrest of Bobi Wine
November 19, 2020 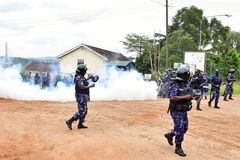 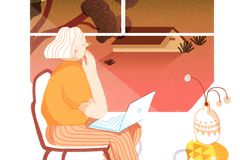