Officials at Britain’s National Cyber Security Centre (NCSC) have determined that the risks associated with using Huawei’s technology in high-speed 5G networks can be managed. The conclusion comes amid a growing global outcry over Huawei, which is one of the world’s biggest suppliers of equipment for super-fast 5G mobile networks. The United States has been leading a push to ban the company’s technology, arguing that its close ties to the Chinese government make it a security threat. Australia and New Zealand have restricted Huawei’s equipment in 5G networks while France and Germany have raised concerns. The NCSC’s analysis was done as part of a British government review of 5G suppliers that is expected to be completed this spring.

Speaking to the BBC Monday, Huawei founder Ren Zhengfei said the company will continue to invest in Britain.

“We will invest even more in the U.K. Because if the U.S. doesn’t trust us, then we will shift our investment from the U.S. to the U.K. on an even bigger scale,” he said.

He said the arrest of his daughter, chief financial officer Meng Wanzhou, was politically motivated and he denied any wrongdoing.

“I want to object to what the U.S. has done. This kind of politically motivated act is not acceptable,” he said of his daughter’s arrest in Canada at the request of the U.S.

“There’s no way the U.S. can crush us,” he told the BBC. “The world cannot leave us because we are more advanced ... America doesn’t represent the world. America only represents a portion of the world.”

Canada has also been conducting a cybersecurity review of Huawei’s 5G gear, and the NCSC’s determination will likely be studied closely by Canadian officials. “It will clearly have an impact on this broader American push to essentially completely lock out Huawei from western systems,” said Raffaello Pantucci, director of international security studies at the London-based Royal United Services Institute. “The U.K. is fairly highly respected within the international community in this space, in particular amongst the European and western allies. People will know that British institutions won’t have reached this decision, or be leaning in this direction, without giving it a lot of deep consideration.”

Scott Bardsley, a spokesman for Public Safety Minister Ralph Goodale, said the government was “carefully assessing the security challenges and potential threats involved in future 5G technology, while recognizing the potential this technology holds for Canadians. We will be taking appropriate decisions in due course.”

The NCSC has had unique insights into Huawei for nearly a decade. The company opened a special British cybersecurity evaluation centre in 2010 that is overseen by representatives from Huawei, the British intelligence agency and representatives of British mobile phone providers. In a statement released Monday, the NCSC said that it had “a unique oversight and understanding of Huawei engineering and cybersecurity.” The agency added that the latest report of the security centre’s oversight board raised “concerns around Huawei’s engineering and security capabilities. We have set out the improvements we expect the company to make.”

In a letter to a British parliamentary committee this month, Huawei executive Ryan Ding, who heads the carrier business group, said the cybersecurity centre proves the company’s commitment to transparency and improvement. “It is true that Huawei’s software engineering has room for improvement. It is also true that the operational quality and performance of our products on live networks are top in the industry,” he wrote in the letter to the House of Commons Science and Technology Committee. He added that allegations against the company in Western media have been exaggerated and that there has never been any proof Huawei poses a security threat.

Several British telecom companies, including BT Group and Vodafone, have pulled Huawei equipment from their existing 3G and 4G networks. However, the companies have said a total ban on Huawei would disrupt customers and delay the rollout of their 5G networks. And while telecom companies have privately accepted that Huawei gear will likely be banned from core network functions, they have urged the government to allow the equipment to be used for other services, such as cellular towers.

The British government has yet to decide on the matter, and on Monday, a spokesperson for Prime Minister Theresa May said the review was continuing. While Ms. May hasn’t spoken out in great length about Huawei, Defence Minister Gavin Williamson has been among the government’s most vocal critics of the company. “I have grave, very deep concerns about Huawei providing the 5G network in Britain,” he said recently. “It’s something we’d have to look at very closely. We’ve got to look at what partners such as Australia and the U.S. are doing in order to ensure that they have the maximum security of that 5G network, and we’ve got to recognize the fact, as has been recently exposed, that the Chinese state does sometimes act in a malign way.”

Tensions over Huawei have also increased since the company’s chief financial officer, Meng Wanzhou, was arrested in Canada in December. She faces extradition to the U.S. on allegations of fraud related to the violation of trade sanctions on Iran.

Mr. Pantucci said the NCSC’s approach to assessing the risk of Huawei is prudent and that Western governments need to be careful when making generalizations about the company. “My sense is we should be determining these things based on the degree of risk and danger that’s posed, and the threat that’s posed, rather than a blanket political determination on all products from certain countries,” he said. He added that there was also a bigger question concerning how Western countries engage with China. The engagement must be “with open eyes and aware of the potential risks and dangers," he said. “We just have to look at this in a very objective fashion and not make blanket determinations on everything Chinese.” 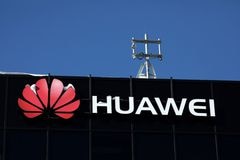 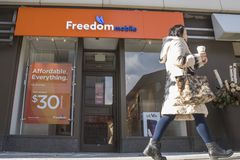 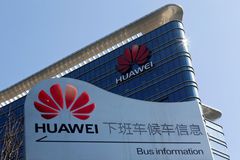