Marcus Rashford usually makes headlines by scoring goals for Manchester United or England’s national team. But the 22-year-old soccer star has been attracting even more attention off the field lately because of a growing row with Prime Minister Boris Johnson over a free school meals program.

Mr. Rashford has become an outspoken advocate for ending child hunger and has been leading a campaign to press the government into providing school meals during holidays. His personal story – growing up in a poor part of Manchester, where his family relied on school meals – has resonated with the public and caused headaches for Mr. Johnson as he struggles to control the pandemic.

More than a million students across the country rely on the meal program, and the issue has taken on added importance as the pandemic disrupts school life. Many health experts worry that at-risk children will fall through the cracks and go hungry as schools close or move teaching online.

The government kept the meal program going during the national lockdown last spring by providing food vouchers worth £15 a week to eligible families. But Mr. Johnson has balked at continuing the voucher program during holiday periods, when schools would normally close. Mr. Rashford has taken him to task.

The athlete scored a major victory last June when his public campaign forced Mr. Johnson to continue the program during the summer vacation. “As a Black man from a low-income family in [Manchester] I could have been just another statistic,” Mr. Rashford said at the time. “Political affiliations aside, can we not all agree that no child should be going to bed hungry?” Mr. Johnson relented, and the government coughed up £120-million ($206-million) to fund food vouchers in July and August.

The issue died down when schools reopened in September, but resurfaced this week when they closed for a midterm holiday. Mr. Rashford quickly renewed his call to continue the voucher program through the week-long break and the coming Christmas holidays. Mr. Johnson refused, and last week his fellow Conservative MPs voted down an opposition motion to extend the program.

That vote and Mr. Johnson’s reluctance to budge have prompted an outpouring of support for Mr. Rashford.

More than 900,000 people have signed an online petition calling on Mr. Johnson to change his mind, and hundreds of pubs, restaurants and other businesses have come forward to offer free food this week to those in need. “This is not about politics. This is about doing our part to help,” said a Facebook post by the owners of Mumtaz, an Indian restaurant in Leeds that is offering free chicken or vegetable biryani to children between the ages of four and 16.

Dozens of local councils, including several run by the Conservatives, have also said they will cover the cost of the vouchers and provide food parcels. “No kid should go hungry,” said a statement from the Conservative-led Kensington and Chelsea borough council.

On Sunday, the Children’s Commissioner for England, Anne Longfield, added her voice to the debate by describing the government’s actions as something out of a Charles Dickens novel. “To have a debate about whether we should make sure that hungry and vulnerable children have enough to eat is something that is strikingly similar to something we’d expect to see in chapters of Oliver Twist," Ms. Longfield told Sky News. Her views were echoed by 2,200 pediatricians who signed an open letter to Mr. Johnson calling his decision shocking and urging him to continue the program.

Some of Mr. Johnson’s MPs have also become uncomfortable with the government’s position. “I would like to see Boris Johnson look at this issue again, recognizing the wealth of support across the nation,” Tory MP Tobias Ellwood said. Added another senior Tory MP, Sir Bernard Jenkin: “We have to admit we’ve misunderstood the mood of the country here.”

On Monday, Mr. Johnson showed signs of cracking. He praised Mr. Rashford for highlighting the issue of child poverty and hinted that more support would be forthcoming. “What he is doing is terrific,” Mr. Johnson said, adding that the government had already provided extra funding to local councils to help families cope with the pandemic and had increased welfare funding.

“We don’t want to see children going hungry this winter, this Christmas, certainly not as a result of any inattention by this government – and you are not going to see that,” Mr. Johnson said. “We will do everything in our power to make sure that no kid, no child goes hungry this winter.”

Mr. Rashford, who was recently awarded an Order of the British Empire for his crusade, kept up the pressure Monday by retweeting hundreds of messages of support from celebrities, sports teams, students, families, businesses and local councils. “Selflessness, kindness, togetherness, this is the England I know,” he added in one message. 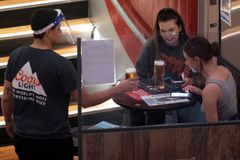 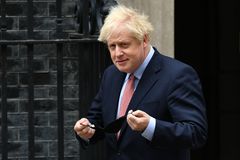 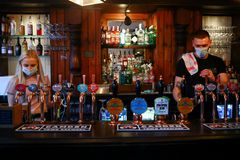