The U.K. government announced Wednesday that it plans to introduce a statute of limitations for alleged crimes committed during decades of violence in Northern Ireland, a move that would end prosecutions for killings by both British soldiers and members of militant groups.

The government said the move reflected the dwindling chances of convicting the perpetrators of decades-old crimes, and would allow a fuller accounting of a dark chapter of history. But families of people killed in the violence called the plan a betrayal, and Northern Ireland’s main political parties rejected it.

More than 3,500 people died – most of them civilians – during three decades of violence known as the “Troubles,” a three-way conflict involving Irish republican and British loyalist paramilitaries and U.K. troops.

Northern Ireland Secretary Brandon Lewis told lawmakers in the House of Commons that the statute of limitations would “apply equally” to crimes committed by all parties before Northern Ireland’s 1998 peace accord.

“We know that the prospect of the end of criminal prosecutions will be difficult for some to accept, and this is not a position we take lightly,” Lewis said. But, he said, it was “a painful recognition of the very reality of where we are.”

Under the government’s plan, the statute of limitations will be accompanied by a new independent body tasked with uncovering and compiling information about Troubles-related deaths and injuries, along with an “oral history initiative.” British officials hope that, freed from the threat of prosecution, former militants will be willing to come forward and disclose details of actions during the conflict,

The government also said it was considering ending civil court cases related to the Troubles, though it conceded that proposal was “challenging.”

Britain says it will consult with politicians in Northern Ireland and neighbouring Ireland, and with victims’ groups, before introducing legislation later this year.

The 1998 Good Friday peace accord ended large-scale violence in Northern Ireland. As part of the peace process, many militants were released from prison or were not prosecuted for actions during the Troubles.

The U.K.’s Conservative government is under pressure from many party members and the military to lift the threat of prosecution from troops who served in Northern Ireland decades ago. Several prosecutions of former soldiers for alleged Troubles crimes have recently collapsed.

Earlier this month, authorities announced plans to halt the prosecution of two former British soldiers over the killing of three people in Northern Ireland in 1972, including two shot dead on “Bloody Sunday,” when paratroopers killed 13 Catholic civilians in the city of Londonderry.

British Prime Minister Boris Johnson said the statute of limitations would stop army veterans facing “vexatious prosecutions well into their 70s and 80s” and would “enable the people of Northern Ireland to move forward.”

Putting a time limit on prosecutions will also mean the perpetrators of some paramilitary attacks could escape justice.

The opposition Labour Party called the statute of limitations “an amnesty in all but name” for murder, a criticism echoed by victims’ relatives.

“These proposals are an utter and unacceptable betrayal,” said Michael O’Hare, whose 12-year-old sister Majella was shot by a British soldier in 1976.

Sandra Peake, chief executive of the Wave Trauma Center, a support group for victims and survivors, said the plan “is obscene and will bring nothing but further pain and anguish to people who have suffered so much.”

“I expect all party leaders to be very firm in their rejection of the amnesty,” said Deputy First Minister Michelle O’Neill of Irish nationalist party Sinn Fein.

Jeffrey Donaldson, leader of Northern Ireland’s Democratic Unionist Party, said the proposals were “an insult to both the memory of those innocent victims who lost their lives during our Troubles and their families.”

“We understand that with the passage of time the prospect of justice is diminishing for many, but these proposals, if passed, will extinguish that flickering flame of justice completely and is a moral overreach that cannot be accepted,” Donaldson said.

All COVID-19 restrictions to lift in England next Monday despite surge in infections
July 12, 2021 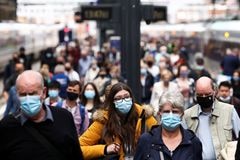 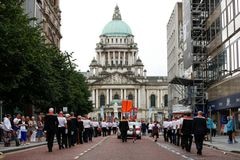 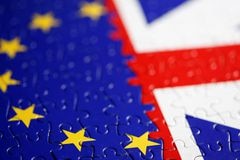