When Canada plays Sweden for the gold medal in Olympic soccer Friday, the players won’t think twice about heading the ball, a technique that has always been a key part of the game. But a prominent neurologist in Britain says heading increases the risk of dementia – so much so that it should be banned.

“I would actually say that we are at the point now with the current data to suggest that footballs should be sold with a health warning saying that repeated heading of a football may lead to increased risk of dementia,” said Willie Stewart of the University of Glasgow, who is leading groundbreaking research called FIELD, or Football’s InfluencE on Lifelong health and Dementia risk. “That’s where we are now. This cannot be ignored.”

Dr. Stewart made the comments after the release of a new FIELD study this week involving 7,676 former professional soccer players in Britain. The research confirmed earlier FIELD findings that the risk of dementia among soccer players is 3½ times greater than in the general population. The new study also found that the risk is as much as five times higher for defenders, who do the most heading. However, goalkeepers, who rarely head the ball, have no greater risk of developing dementia than the general population.

Dr. Stewart said the increased risk was almost entirely owing to repeated heading. “Unlike other dementias and neurodegenerative diseases where we have no idea what causes it, we know what the risk factor is here,” he said. “It’s entirely preventable. … In a football context, is heading absolutely necessary for football to continue? Or to put that another way, is exposure to the risk of dementia absolutely required for the game football?”

Dr. Stewart said just 20 heads of the ball can have a measurable impact on the brain. “It would be impaired for a day or so before it started to recover,” he said. A typical player likely heads the ball tens of thousands of times during their career, and the damage piles up. “The evidence is very strong now that the more you are exposed to those repetitive mild head impacts, which don’t seem to produce any [concussion] symptoms, the risk of dementia goes up,” he said.

The FIELD study only examined male players because of a dearth of good data on female athletes. However, Dr. Stewart said other research has shown that women could be at even greater risk. A recent U.S. study on head injuries among teenaged soccer players found that the risk of concussion for girls was twice as high as for boys. It also showed that concussions among girls were related mainly to heading the ball, while among boys they were owing to contact with another player. “There’s enough in that that makes us really worry about what this might mean for women and female athletes,” he said.

Dr. Stewart dismissed suggestions that wearing a helmet or the kind of light head covering used in rugby would make a difference. “Helmets in all sorts of research looking at brain injury and concussions have made no difference at all because they take away that sensation of pain that your scalp gives you,” he said. ‘In some studies helmets actually slightly increase the risk. So they give a false sense of security.”

Soccer-governing bodies in several countries, including Canada, have been searching for ways to better address head injuries with new protocols for concussions and limits on heading for children. Soccer Canada restricts heading for players younger than 12 and has developed new guidelines for assessing and treating head injuries. Last week, England’s Football Association recommended limits on heading in training at all levels of the game, including the Premier League and Women’s Super League. The FA said players should do no more than 10 “higher force” headers, such as long passes or from corner kicks, in training each week.

Dr. Stewart called such policies misguided and little more than “unscientific guesswork.” All governing bodies, including FIFA, “should be thinking about what would football look like without heading,” he said. “The global game of football has to change.”

When pressed about putting health warnings on balls, Dr. Stewart said it would help focus attention on the risks of the game. “As a parent, if I were popping into the shop to pick up a football and I could see that health warning there, that might make me think about what my kids do with that ball,” he said. “If you’ve ever had to live with dementia, or seen somebody dying of dementia, if you could figure out a way of preventing that from happening you would do everything you could to possibly achieve that.”

Susan Kohlhaas, the director of research at Alzheimer’s Research U.K., welcomed the findings but said more research was needed. “There is still more to do in order to fully understand what is causing increased dementia risk in outfield players,” she said. “This study did not look at all aspects of players’ lives on or off the pitch to determine what may be behind the increased risk.”

John Hardy, a professor of neuroscience at University College London, said the study confirms other research showing a link between head injuries and neurodegenerative disease among rugby and National Football League players. But he hoped such research would not discourage people from taking up those sports and becoming more active. “Can these sports and the training for them be modified to reduce these problems?” he asked. “These are important discussions. But it would be tragic if this type of study led us to become even more a nation of couch potatoes.” 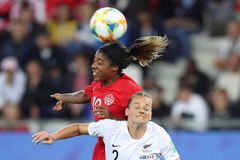 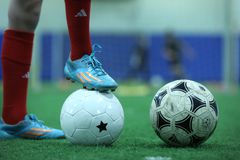