British Prime Minister Boris Johnson hoped to use this week’s Conservative party conference to firm up support for his Brexit strategy and unveil a host of new policies. Instead he’s been forced to address a pair of personal controversies, including allegations he groped two women.

The latest conflict erupted on Monday after Sunday Times columnist Charlotte Edwardes alleged that Mr. Johnson squeezed her thigh during a lunch when the Prime Minister was editor of The Spectator magazine in 1999. Ms. Edwardes wrote that another woman at the lunch said Mr. Johnson had done the same thing to her. Mr. Johnson firmly denied the allegations on Monday, prompting Ms. Edwardes to hit back on Twitter: “If the prime minister doesn’t recollect the incident then clearly I have a better memory than he does.”

That story surfaced as Mr. Johnson was already facing questions about his relationship with American businesswoman Jennifer Arcuri during his time as mayor of London from 2008 to 2016. A police watchdog agency has been asked to consider whether Mr. Johnson violated the city’s conflict-of-interest rules when he arranged government assistance for Ms. Arcuri’s fledgling technology company. The Prime Minister has insisted that he followed all of the rules and procedures.

The controversies have derailed Mr. Johnson’s attempt to energize party members with a host of policy announcements including plans for a significant boost to the national minimum wage and a multibillion-pound spending program for infrastructure projects, youth programs and health care. ”I think what the public want to hear is what we are doing to bring the country together and get on with improving their lives," Mr. Johnson told reporters as he tried to deflect attention away from the controversies. Several cabinet ministers rallied around Mr. Johnson, including former defence minister Penny Mordaunt, who called the Prime Minister “a decent person” and added that he “cares a great deal about women and girls.” The Chancellor of the Exchequer, Sajid Javid, said he believed Mr. Johnson’s account that the claims were “completely untrue.”

The initiative was part of a package of proposals that also included £13-billion for new hospitals, £500-million for youth centres and £29-billion for roads and other transportation infrastructure. Mr. Javid added that the government was prepared to “draw on the full armoury of economic policy” if the country left the European Union on the Oct. 31 deadline without a withdrawal agreement.

The announcements were the latest sign that Mr. Johnson is eager for a snap election. He has been trying for weeks to push the opposition parties into giving him the required parliamentary consent to move the election date forward from May 5, 2022. But so far the opposition has refused and Labour Leader Jeremy Corbyn has indicated that he doesn’t want an election until he’s certain Britain won’t crash out of the EU without a deal.

Many business leaders have also been rattled by the prospect of no-deal Brexit and on Monday the head of the country’s largest business organization, the Confederation of British Industry, said Mr. Javid’s announcements were meaningless if the country left the EU without an agreement. If there is a no-deal departure “frankly a lot of what the chancellor said today will be incredibly difficult to deliver," Carolyn Fairbairn, the CBI’s director-general told party members at a conference event on Monday. “If the Conservative Party does genuinely want to be the party of business, we hope they will make [reaching a deal] their No. 1 objective.”

Ms. Fairbairn added that the chances of a no-deal Brexit have increased recently amid reports negotiations between Britain and the EU have floundered. She called on the government “to re-find that spirit of compromise … and do everything possible to get a deal.” 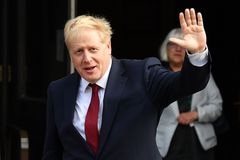 Boris Johnson vows to stay on as British prime minister, even if he fails to get Brexit deal with EU
September 29, 2019 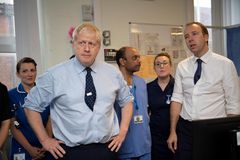 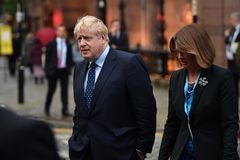