The Liberal government is raising an alarm over a proposed Russian-owned natural gas pipeline, arguing the US$11.7-billion project would undermine Europe’s energy security and threaten Ukraine.

With the backing of several Western energy companies, state-controlled Gazprom OAO is proposing building a 1,200-kilometre gas pipeline under the Baltic Sea from Russia to Germany, a project known as Nord Stream 2. 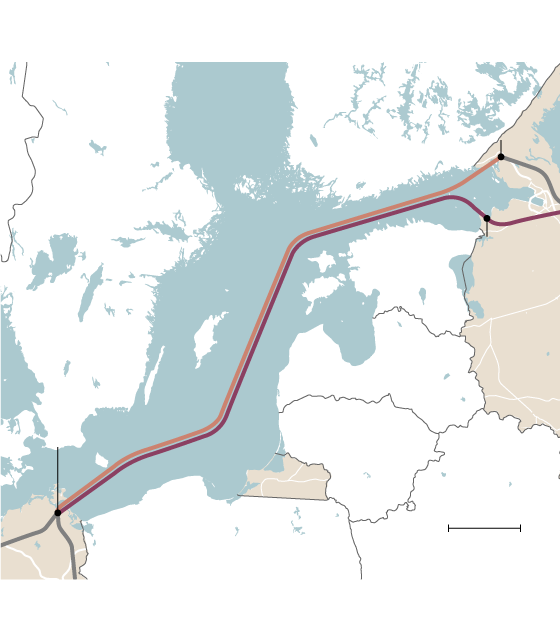 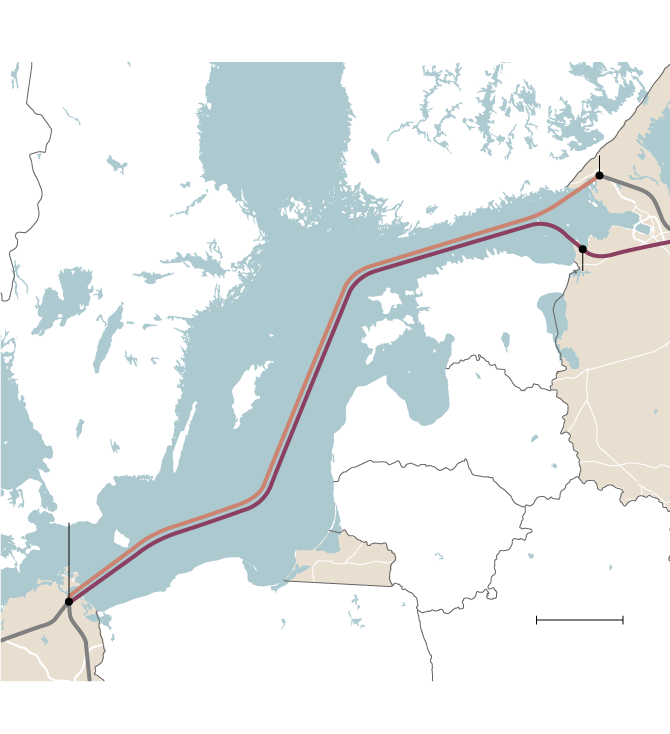 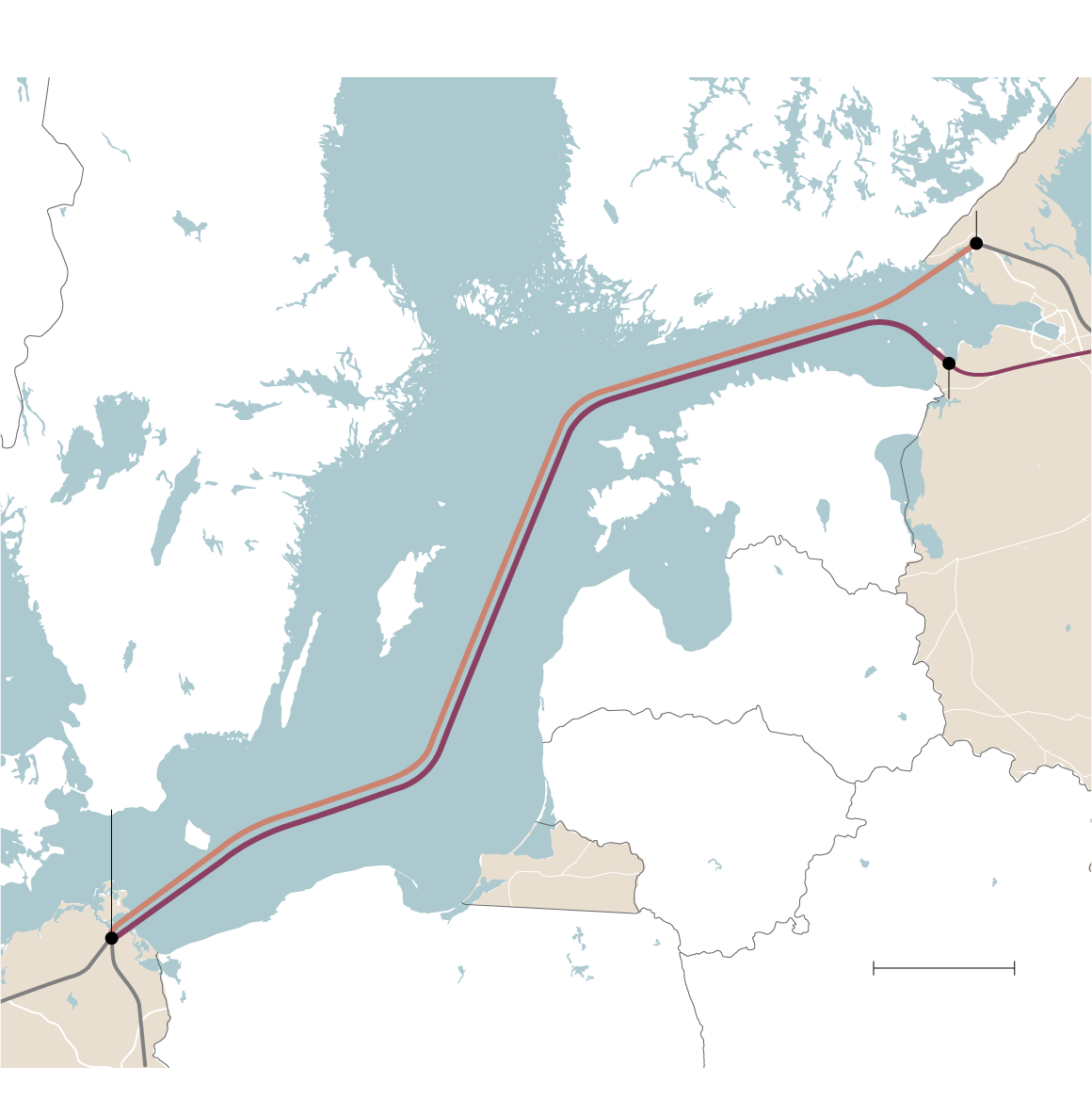 The United States and several central and eastern European countries oppose the project. They argue the increased penetration of Russian gas in the European market would allow Moscow to cut gas supplies – or threaten to do so – to support its political interests during confrontations with its neighbours.

Tensions escalated last week over the poisoning of former spy Sergei Skripal and his daughter in Britain, and allies are looking for ways to punish President Vladimir Putin. The Russian leader easily won another term in a widely criticized election on the weekend.

Some lawmakers in Britain and in the U.S. Senate are urging their governments to impose sanctions on Russian gas exports and penalize Western financial backers of the Nord Stream 2 project. Such a move would dramatically impair Gazprom’s ability to proceed.

The Trudeau government has stopped short of opposing the project – as the Trump administration has done – but Ottawa is raising concerns and will continue to do so in Group of Seven meetings, Adam Austen, press secretary for Foreign Affairs Minister Chrystia Freeland, said in an e-mailed statement.

“We are engaging in discussions on Nord Stream 2 and the potential implications it has on energy security of Europeans partners, including Ukraine,” Mr. Austen said. “We are very concerned about the reliability of Russia as a supplier of natural gas to our European partners.”

Ukraine’s ambassador, Andriy Shevchenko, urged the Liberal government to use its influence at the G7 to put pressure countries such as Germany and France, which are eager to increase Russian gas imports support the project.

“From security point of view, I think it is very clear that for Russia, gas supply is a weapon of hybrid warfare,” Mr. Shevchenko said in an interview. “And in that sense, Gazprom is an instrument of the Kremlin.”

However, in a statement provided to The Globe and Mail, the German government said Nord Stream 2 “increases security of the natural-gas supply” and “contributes positively” to the continent’s energy needs.

Last year, Russia exported some 192 billion cubic metres of gas to the European Union, with nearly half of that coming through the Ukrainian pipeline system, which has been a source of political and commercial tensions for the past decade.

Ukraine and Poland are paid transit fees for moving Russian gas through their pipeline systems, and both states worry about the loss of that income. Still, Ukrainian and Polish diplomats are urging Canada to build long-proposed LNG facilities on the East Coast to provide another source of supply.

Nord Stream 2 is backed by Royal Dutch Shell PLC and energy companies from France, Austria and Germany. The project could make it possible for Gazprom to reduce volumes in the Ukrainian and Polish system but maintain its share of the markets in Western Europe.

A project spokesman noted the new pipeline would not have enough capacity to shut Ukraine and Poland out of the transit business. “Nord Stream 2 is an additional transport capacity aiming to contribute towards the growing import needs of the EU,” Switzerland-based spokesman Jens Mueller said.

Supporters of the pipeline argue the United States has a commercial interest in opposing it as it is boosting liquefied natural gas (LNG) exports, and targeting the European market as well as Asia.

In the United States, a bipartisan group of 39 senators last week urged the Trump administration to impose sanctions on the Nord Stream 2 project under legislation passed last August. In a statement on Friday, the U.S. State Department echoed outgoing Secretary of State Rex Tillerson’s vocal opposition to the Russian-backed project.

“The Department of State believes that this project undermines Europe’s overall energy security and stability, and provides Russia yet another means of using energy as a political tool,” Sandra Oudkirk, deputy assistant secretary of state, said.