Britain has become the latest European country to go into effective lockdown to deal with the threat of the coronavirus pandemic, after Prime Minister Boris Johnson announced Monday sweeping curbs on everyday activity including the banning of any gatherings of more than two people.

As well as instructing the public to “stay at home” for all but a few exceptions, Johnson said he was ordering shops that don’t sell essential goods, such as food and medicines, to close immediately.

In as sombre an address to the nation as any prime minister has arguably delivered since World War II, Johnson said it was critical to prevent the virus from spreading between households and that police would be authorized to break up gatherings of more than two people in public in order to deal with the “biggest threat this country has faced for decades.”

“I must give the British people a very simple instruction,” the prime minister said while seated behind a desk. “You must stay at home.”

The measures announced mark a departure from the British government’s until-now more relaxed approach to the worldwide pandemic, which has stood in contrast to the lockdowns put in place elsewhere in Europe, notably in Italy, France and Spain. Though Britain has already closed schools, bars and restaurants and urged people to stay home, the advice for people to keep their distance have either been ignored or not understood fully enough – concerns over the strategy were stoked over the past weekend when many of the country’s open spaces were packed out in the sunny weather.

Under the measures which Johnson did not term as a lockdown, people will only be allowed to leave home for a few “very limited purposes” to relieve the pressure on the National Health Service, Johnson said.

These include shopping for basic necessities “as infrequently as possible,” one form of exercise a day done alone or with household members, medical reasons or travelling to work that cannot be done from home or that is “absolutely necessary.”

“That’s all – these are the only reasons you should leave your home,” Johnson said. “To ensure compliance with the government’s instruction to stay at home, we will immediately close all shops selling non-essential goods, including clothing and electronic stores and other premises, including libraries, playgrounds and outdoor gyms, and places of worship.”

Social events, including weddings, baptisms and other ceremonies, will also be stopped. Funerals are exempt. Parks will also remain open for exercise, but any gatherings will be broken up.

Johnson said the police will have the power to enforce the new requirements, including through fines and dispersing gatherings, and that these emergency measures will be in place for at least three weeks, subject to constant review.

Johnson has come under mounting pressure to introduce tougher measures in response after many people were seen out in public over the weekend not properly observing the government’s social distancing recommendations of staying at least two meters apart.

Officials at Snowdonia National Park in Wales, for example, introduced its own restrictions and urged the government to be more explicit with its social distancing advice after its “busiest visitor weekend in living memory.” And responding to the visibly high use of parks and the London Underground during the outbreak, London Mayor Sadiq Khan implored people to stay at home unless they “absolutely need to” move about the city.

British Health Secretary Matt Hancock had earlier expressed frustration at the failure of many to abide by the government’s restrictions, describing those who gathered in groups up and down the land as “very selfish.”

New infections are seemingly increasing at an exponential rate, raising concern that the country will be on a trajectory like Italy’s in a week or two if containment efforts are not successful.

For most people, the new coronavirus causes only mild or moderate symptoms, such as fever or coughing. But for some older adults and people with existing health problems, it can cause more severe illness, including pneumonia. Over 100,000 people have recovered, mostly in China.

“The way ahead is hard, and it is still true that many lives will sadly be lost,” Johnson said. “And yet it is also true that there is a clear way through .… And therefore, I urge you at this moment of national emergency to stay at home, protect our NHS and save lives.” 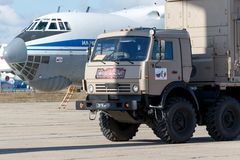 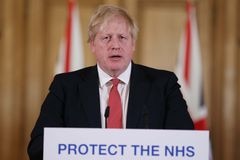 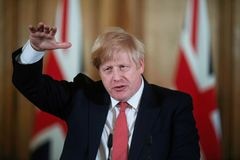