Britain’s prime minister promised Sunday to work with the U.S. president-elect to spread democracy, defend human rights and combat climate change, as he sought to woo a leader who sees the world very differently to the outgoing American leader.

In an interview with The Associated Press in 10 Downing St. Johnson stressed the strength of trans-Atlantic ties, saying the two countries' “common global perspective” would be vital to shore up a rules-based global order that is under threat.

“The United States is our closest and most important ally,” said Johnson, who hasn’t yet spoken to Biden since he became president-elect. “And that’s been the case under president after president, prime minister after prime minister. It won’t change.”

It won’t change, but it may be strained. Britain’s vote to leave the European Union, a cause Johnson championed, and Trump’s election happened within a few months of each other in 2016. Ever since, many have seen the two events as twin eruptions of populism.

Conservative Party leader Johnson is widely seen as an ally – and to critics, a copy – of the “America First” Trump, who has referred to Johnson approvingly as “Britain Trump.” Johnson has praised Trump’s handling of the U.S. economy and his deal-making skills.

Biden has called the British leader a “clone” of Trump, and has warned that Brexit will leave Britain’s status “diminished.”

Johnson on Sunday stressed his commitment to internationalism, particularly in the fight against climate change, an issue where he and Biden share a common view. While Trump has dismissed the threats posed by a changing climate and pulled the U.S. out of the Paris climate accord – a decision Biden says he will reverse – Johnson aims to reduce U.K. carbon emissions to net zero by 2050.

Britain is due to host the COP26 global climate summit in 2021, a year later than planned due to the coronavirus pandemic.

“I think now with President Biden in the White House in Washington, we have the real prospect of American global leadership in tackling climate change,” said Johnson, in an implicit criticism of Trump.

Since World War II, the trans-Atlantic “special relationship” has been sustained by a common language, shared interests, military co-operation and cultural affection. Sometimes that has been bolstered by close personal bonds, such as the friendship between Margaret Thatcher and Ronald Reagan in the 1980s, or between Tony Blair and Bill Clinton in the 1990s.

It has endured even when leaders' relations were less cordial, as when British Prime Minister Harold Wilson refused to join the Vietnam War in the 1960s.

“There is far more that unites the government of this country and government in Washington any time, any stage, than divides us,” Johnson said.

“We have common values. We have common interests. We have a common global perspective. There’s a huge amount of work we need to do together to protect those values: a belief in democracy, in free speech around the world, in human rights, in free trade, in the rules-based international order.”

Brexit may test those bonds. The U.S. still values Britain’s role as a European economic and military power and a member of the intelligence-sharing “Five Eyes” alliance. But Biden has made clear that he intends to rebuild bridges with the EU, a frequent target of Trump’s ire. That suggests Berlin, Brussels and Paris, rather than London, will be uppermost in his thoughts.

Britain had been hoping to secure a quick trade agreement with the U.S. after its official departure from the EU in January. The change in administration in Washington leaves prospects of a deal uncertain.

Biden, who is fiercely proud of his Irish roots, has warned there will be no deal if contentious Brexit-related legislation planned by Johnson’s government undermines Northern Ireland’s 1998 Good Friday peace accord.

Johnson said he still hoped to get a U.S. trade deal but knew the Americans would be “tough negotiators.”

Uncertainty over U.S. trade raises pressure on Johnson to seal a free-trade agreement with the EU before the U.K. makes an economic split from the 27-nation bloc at the end of this year.

U.K.-EU trade talks, bogged down for months, are due to resume Monday, with the deadline imposed by the two sides just days away.

“I’ve always been a great enthusiast for a trade deal with our European friends and partners,” said Johnson, who has repeatedly said he is prepared to walk away without an agreement. “I think it’s there to be done. The broad outlines are pretty clear. We just need to get them to do it if we can.”

David Manning, who was British ambassador to the U.S. between 2003 and 2007, said the result of the U.S. election was good for Britain despite the “awkward” backdrop of Brexit and Trump.

“It is clear that President-elect Biden was opposed to Brexit, he thinks it is bad for Britain and it is bad for Europe, but it is a fact and he will be a realist,” Manning told Times Radio. 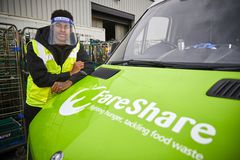 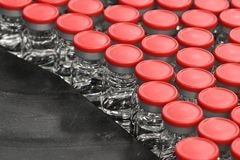 No breakthrough yet as Britain, EU fail to bridge gaps in post-Brexit trade talks
November 3, 2020