The head of the UN’s food aid agency warned of “absolute devastation” in Africa and parts of the Middle East in coming months if wealthier nations grappling with an economic downturn linked to the new coronavirus don’t step up aid efforts in countries in need.

David Beasley, head of the World Food Program, told the Associated Press that the convergence of several crises could further destabilize conflict-scarred regions.

“If the coronavirus continues to create panic around the world, and there is an economic downturn, I have been telling the European leaders, and leaders around the world, you don’t have enough money set aside to address the needs in Africa, East Africa, West Africa, in the Middle East right now,” Mr. Beasley said during an interview in Jordan late Wednesday, after a visit to Syria.

“If there is an economic downturn, on top of the economic downturn that exists now in Syria and Lebanon, it absolutely could be a catastrophe,” he said. “I mean absolute devastation. I am very concerned about what would happen in the next six months. You could see destabilization unlike any time period, maybe in my lifetime.”

In the Middle East, Iran has been hardest hit by the new virus which has spread around the globe after first being detected in the Chinese city of Wuhan late last year. There are more than 3,740 cases of the virus across the Mideast, with most linking back to the Islamic Republic which also confirmed dozens of deaths. Only a small number of cases has been reported in Sub-Saharan Africa so far.

Mr. Beasley did not give an amount for additional aid needed, but suggested it would be in the billions of dollars.

Mr. Beasley spoke after a tour of Syria’s northwestern Idlib province, the country’s last rebel stronghold, where hundreds of thousands of civilians have been displaced in recent weeks by a Russian-backed Syrian government offensive.

UN agencies, including the WFP, are distributing aid in Idlib, but are often hampered by logistics problems, including shifting front lines, access restrictions and roads clogged by large numbers of people on the move.

The leaders of Russia, which backs the Syrian government, and Turkey, which backs the rebels, were meeting in Moscow on Thursday to try to avert further calamity. But any deal will likely bring only a temporary halt in the punishing offensive by the military of Syria’s President Bashar al-Assad, which threatens continued suffering for the three million people trapped in Idlib.

Mr. Beasley appealed to leaders on all sides of the Syrian conflict to end the war, which has raged for nine years. “Enough is enough,” he said. “Too many people have suffered too long.” 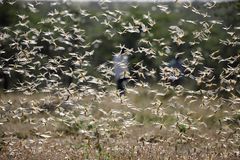 WHO urges governments to pull out ‘all the stops’ to slow spread of coronavirus
March 11, 2020 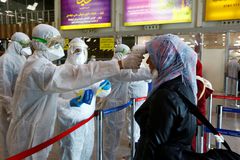 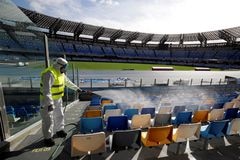