The U.N. Security Council approved a resolution Tuesday establishing a political mission in Haiti starting Oct. 16 that will officially replace all U.N. peacekeeping activities in the Western Hemisphere’s poorest country.

The vote on the U.S.-drafted resolution was 13-0, with Haiti’s neighbour, the Dominican Republic, and China abstaining. The council’s action followed its unanimous vote April 12 to end Haitian peacekeeping operations Oct. 15.

U.N. military peacekeepers left the country on Oct. 15, 2017, after 13 years. But a stabilization mission has stayed behind to train national police, help the government strengthen judicial and legal institutions, and monitor human rights.

The resolution authorizes the political mission to advise Haiti’s government “in promoting and strengthening political stability and good governance,” including promoting the rule of law, supporting an inclusive national dialogue and protecting and promoting human rights.

Acting U.S. Ambassador Jonathan Cohen called adoption of the resolution “a historic moment,” saying the transition from a peacekeeping to a political mission demonstrates “that as conditions on the ground evolve the U.N.’s presence can — and should — change to reflect these new realities.”

A successful transition, he said, will depend in large part on the Haitian government’s assumption of responsibilities for a range of issues including professionalizing the national police, reducing community and gang violence, protecting human rights, improving prison facilities and reforming the justice system.

France’s deputy U.N. ambassador, Anne Gueguen, told the council that “the political instability, the deterioration of the economic situation and the worrying state of public finances in the country, food insecurity, difficulty in accessing basic services, as well as heightened levels of violence indeed remain sources of concern.”

The political mission will begin its work in difficult conditions, Gueguen said, “and unfortunately there are fears that the already volatile situation could further deteriorate in the coming months and weeks.”

France, Germany, Peru, the Dominican Republic and other council members expressed regret that the resolution recognizes “the adverse effects of natural disasters on the stability of Haiti” but makes no mention of climate change. German Ambassador Christoph Hesgen said that “Haiti is one of the most vulnerable countries in the world to the effects of climate change.”

U.S. President Donald Trump has rejected scientific warnings on climate change. Officials in his administration argue that climate science is imperfect and say it is not clear that climate change will have as great an impact as forecast.

China said it abstained in the resolution vote because the U.S. didn’t include its proposed amendments.

The Dominican Republic’s ambassador, Jose Singer, said he abstained because the resolution’s wording isn’t robust enough to promote development and peace in Haiti and tackle root causes and inequalities.

“This should be a mission that can really bring peace and lasting stability to Haiti,” Singer said. But “this has been reduced to a mission with limited resources and functions.”

Opinion
What it will take for Haiti to be a real, true democracy
March 1, 2019 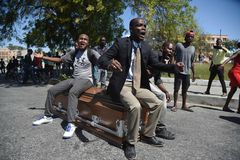 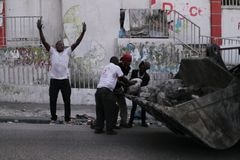 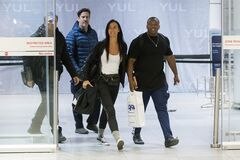