Emma Coronel Aispuro, the wife of Mexico’s most notorious drug trafficker, best known as El Chapo, was arrested Monday and charged with helping her husband run his multibillion-dollar criminal empire and plotting to break him out of prison after he was captured in 2014.

Coronel, a former beauty queen, had been under investigation for at least two years by U.S. federal authorities for being an accomplice to her husband, Joaquín Guzmán Loera, who was convicted in 2019 at a trial in New York City of masterminding a huge drug conspiracy and was subsequently sentenced to life in prison.

Court documents filed in Coronel’s case said she relayed messages for Guzmán that helped him make drug shipments from 2012 to 2014 and evade capture by the legions of U.S. and Mexican authorities who had been pursuing him for years. Evidence emerged at Guzmán’s trial that Coronel was also a chief conspirator in a sophisticated plot to break him out of the Altiplano prison in Mexico by digging a nearly mile-long tunnel into the shower of his cell.

Coronel, 31, is a dual U.S.-Mexican citizen with roots in both Southern California and the city of Culiacán in Mexico’s Sinaloa state, which has long served as the base of operations for Guzmán’s drug organization, the Sinaloa cartel. She was arrested at Dulles International Airport, near Washington, and is scheduled to make an initial appearance Tuesday in the U.S. District Court for the District of Columbia. Her lawyer, Jeffrey Lichtman, who also represented Guzmán, declined to comment on the arrest.

While it is unusual for law enforcement officials to go after the spouses of drug-world figures, prosecutors at Guzmán’s trial offered substantial evidence that Coronel, unlike other wives of narco-traffickers, was deeply enmeshed in her husband’s criminal business.

They introduced BlackBerry messages that made clear that she had helped Guzmán conduct his operations – sometimes with her own father. Other messages indicated that she was intimately involved not only in Guzmán’s famous 2015 tunnel escape from Altiplano, but also in helping him to evade capture by U.S. and Mexican authorities after a botched raid in 2012 in the Mexican resort town Cabo San Lucas.

At Guzmán’s trial, his onetime chief of staff, Dámaso López Núñez, told the jury that Coronel had sought to help her husband escape yet again after he was recaptured in 2016 and returned to Altiplano. According to testimony by López, Coronel hatched a plot to bribe Mexico’s top prison official, but before the plan could be carried out Guzmán was extradited to the United States to stand trial.

Coronel, who is Guzmán’s third – or possibly fourth – wife and the mother of two of his numerous children, grew up in the drug business. Court filings note that her father, Inés Coronel Barreras, who was arrested in 2013 in Mexico, was one of Guzmán’s top lieutenants.

Prosecutors have brought charges against several members of Guzmán’s nuclear family. His two eldest sons, Jesús Alfredo Guzmán Salazar and Ivan Archivaldo Guzmán Salazar, who remain at large in Mexico, have been under indictment in the United States for years. Two of his younger sons, Joaquín Guzmán López and Ovidio Guzmán López, were charged in Washington just days after their father’s conviction and also remain fugitives.

The FBI said Coronel married Guzmán in about 2007. The wedding – in the rough mountain country outside Culiacán – took place when Coronel was 17 and Guzmán was more than twice her age.

In an interview with The New York Times during Guzmán’s trial, Coronel stuck up for her husband, saying that she did not recognize him as the drug lord prosecutors had portrayed him as. “I admire him as the human being that I met,” she said, “and the one that I married.”

She was a constant presence in the courtroom in New York during the three-month trial, often showing up in the latest designer fashions. Fiercely loyal to her husband – despite his serial philandering – Coronel orchestrated one of the trial’s most dramatic nonlegal moments, sending a message to one of Guzmán’s mistresses, Lucero Guadalupe Sánchez López, who appeared one day as a witness.

After Sánchez López proclaimed her love for Guzmán from the stand, Coronel arranged for her husband to arrive in court the next day wearing a burgundy velvet smoking jacket, identical to the one she was wearing. It was a signal that Coronel was Guzmán’s wife and that Sánchez López, in her blue prison uniform, was merely the other woman.

It remained unclear Monday night why federal authorities arrested Coronel now after implicating her in her husband’s crime more than two years ago. 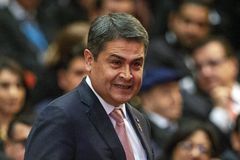 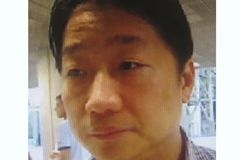 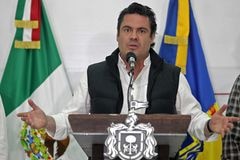