The Trump administration will put into place temporary travel restrictions that will bar entry into the United States by any foreign national who has travelled to China in the past 14 days, administration officials announced Friday.

The temporary restrictions, a reaction to the novel coronavirus that was deemed a public health emergency by the World Health Organization, will be put into place at 5 p.m. on Sunday. The U.S. on Friday also declared the coronavirus, which has sickened more than 9,700 people in Asia and has spread to the U.S. and 20 other countries, a public heath emergency.

The action will restrict all foreign nationals who have been to China – other than immediate family members of U.S. citizens and permanent residents – from entering the U.S.

In addition, officials said, any American citizen returning to the U.S. from the Hubei province in China will be subject to up to 14 days of mandatory quarantine, and any American citizen returning to the country who has visited the rest of mainland China within the past 14 days will undergo pro-active entry health screening at selective ports of entry, as well as 14 days of self-quarantine.

Wuhan, the epicentre of the outbreak, is in Hubei.

Administration officials did not say how long the “temporary” measures would be in place.

The travel restrictions were announced Friday by Alex Azar, the health secretary, who declared that the coronavirus posed “a public health emergency in the United States.”

Mr. Azar and other members of an administration task force assembled to address the virus sought to play down public fears about an outbreak. “The risk at this time to the American public is low,” said Robert Redfield, director of the Centers for Disease Control and Prevention. “This is a serious health situation in China, but I want to emphasize the risk to the American public currently is low. Our goal is to do all we can do to keep it that way.”

Dr. Anthony Fauci, director of the National Institute of Allergy and Infectious Diseases, said the actions were being taken because there were “a lot of unknowns” surrounding the virus and its transmission path. Unlike influenza, which is fairly predictable in terms of infection and mortality, Dr. Fauci said there was not the same certainty about the transmission rate and path of the coronavirus.

“The number of cases have steeply inclined with every day,” Dr. Fauci said.

The administration’s announcement came as major air carriers said they were suspending flights between the U.S. and mainland China.

Administration officials said the President’s action did not constitute a travel ban, since immediate family members of U.S. citizens and permanent residents would still be allowed into the country.

“There is no travel ban,” said Joel Szabat, an assistant secretary at the Department of Transportation.

Administration officials have been debating internally over the past few days about whether instituting travel restrictions would be seen as an alarmist reaction to a virus that so far has affected only a handful of people in the U.S. And U.S. President Donald Trump had expressed concerns about the economic impact of any restriction or ban, according to people familiar with his thinking.

Members of the National Security Council had argued in favour of the travel restrictions, given the rapid spread of the virus and a backlog in testing at the CDC.

Despite the administration’s efforts to minimize the actions they announced, lawmakers in Congress who had been pushing Mr. Trump to impose a travel ban said the measures announced Friday were significant and had their full support.

“By imposing temporary travel restrictions on China, the president has taken decisive action to protect Americans against the Wuhan coronavirus,” said Senator Tom Cotton, a Republican from Arkansas, who has been aggressively pushing the administration to impose a targeted travel ban.

The U.S. airline industry separately took steps to restrict travel between the U.S. and China.

The announcement by American Airlines, Delta Air Lines and United Airlines that direct air service would be halted for months sent shocks through the stock market and rattled industries that depend on the flow of goods and people between the world’s largest economies.

The airlines’ move underscored the seriousness of the health crisis, fanning new fears about a worldwide economic downturn and contributing to growing unease about how widely, deeply and quickly the virus might spread.

Mr. Azar said the administration was not trying to raise alarms, but that Americans should view its actions as a sign that their government was “taking responsible steps to protect them.” 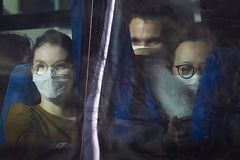 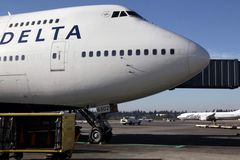 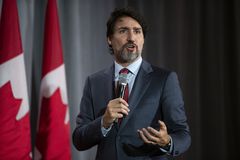