A Michigan security executive who has been detained in Russia on espionage charges since December is being held without cause as his health deteriorates under tough conditions, members of Congress said Thursday as they demanded his release.

A Russian court has repeatedly extended Paul Whelan’s detention in a cramped Moscow prison while he awaits trial on charges that carry a sentence of up to 20 years.

The U.S. Embassy said requests to send a doctor to examine him have been rejected.

“Russian authorities haven’t come up with any evidence, any charges against him, which is simply unconscionable to be able to pick an American citizen off the street and put him in a prison – and not a very good prison at that,” said Democratic Sen. Gary Peters of Michigan.

Whelan, a corporate security executive and Marine Corps veteran from Novi, Michigan, was arrested outside a Moscow hotel. He was in Russia to attend a friend’s wedding at the time.

Whelan, who also holds British, Irish and Canadian citizenship, denies the charges of spying for the U.S. that his lawyers said stem from a sting operation. Whelan’s lawyer has said his client was handed a flash drive that had classified information on it that he didn’t know about.

He has complained of poor prison conditions and has said his life is in danger, as a judge last month ordered him to remain in custody until at least October.

Peters joined other members of the Michigan congressional delegation at a Capitol Hill news conference to announce a resolution calling on Moscow to present credible evidence against Whelan – or immediately release him from jail.

“What has happened to Paul could happen to any one of us. Paul is an extraordinary brother, but he is an ordinary American citizen who travelled to Russia to help a friend and became trade fodder in a geopolitical dispute which is not of his making,” said Elizabeth Whelan, Paul Whelan’s sister.

She said it has been challenging to get information about her brother’s condition, including whether he has received adequate medical attention, or to communicate with him because of onerous restrictions imposed by Russia.

For instance, messages from the family have to be read to him because he is not permitted to have a piece of paper handed to him, nor can he hand back a paper.

“There are no phone calls allowed,” Whelan said. “We have not spoken to Paul. There are many bits of information that we see only via media or that we hear from this person or that person, and we have absolutely no way to confirm this with Paul.”

The resolution announced Thursday also urges the Russian government to provide unrestricted consular access to Whelan, and to ensure that he is given due process.

The case captured the attention of Jon Huntsman Jr., the former U.S. ambassador to Russia, who repeatedly visited Whelan, and Secretary of State Mike Pompeo. 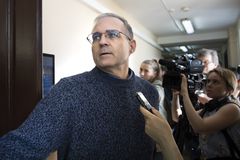 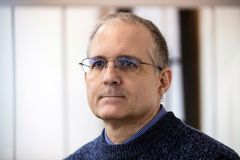 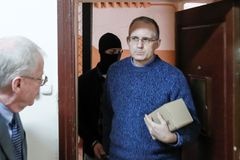