The thousands of former Islamic State fighters who are detained in camps in Iraq and Syria should be sent back to their home countries, where they can be rehabilitated or prosecuted, the U.S. Secretary of State says.

At the Monday meeting of the Global Coalition Against Daesh (the Arabic acronym for IS) in Rome, Antony Blinken noted that Italy was one of the few European countries to repatriate citizens who went to Syria and Iraq during the rise of IS in the past decade and were trapped there after the terrorist organization lost most of its territory.

Canada has refused to repatriate its citizens detained in camps in northeastern Syria – apart from two exceptions involving children. Global Affairs Canada has maintained that, given the security situation, the government’s ability to provide consular assistance is extremely limited.

“This situation is simply untenable,” Mr. Blinken told the gathered foreign ministers. “It just can’t persist indefinitely. The United States continues to urge countries, including coalition partners, to repatriate, rehabilitate and, where applicable, prosecute its citizens.”

His remarks were primarily directed at Britain and France, which have rejected pleas to bring their citizens home, partly because assembling reliable evidence against their possible crimes would be challenging.

The Rome meeting coincided with news that a Canadian woman had been released from a camp in northeastern Syria over the weekend. Ottawa-based lawyer Lawrence Greenspon said the woman is the mother of the four-year-old girl who was sent back to Canada in March.

“This represents the first time that a Canadian adult has been repatriated,” said Mr. Greenspon, who is representing about a dozen families detained in camps.

He said it shows that Global Affairs Canada’s consistent line that it is too dangerous to offer assistance is “false.”

Mr. Greenspon said it has not yet been confirmed that Ottawa will facilitate the woman’s travel back to Canada, but he believes that the government is obligated to assist her with travel documents because she is a Canadian citizen.

“Certainly there’s a feeling out there that these individuals made their choice and they can rot, but you have men and women and children who are in detention camps and prisons who are doing just that – they’re rotting, they’re dying and they haven’t been charged with anything, and they’ve been in that situation for years now,” he said.

Patricia Skinner, a spokesperson for Global Affairs Canada, said the department is aware that a Canadian citizen has crossed from Syria into Iraq but that the Canadian government was not involved in securing the individual’s exit.

“The safety and security of Canadians always remain the utmost priority for the government of Canada while meeting necessary legal obligations,” she said, adding that due to provisions in the Privacy Act, no more information could be disclosed.

At least nine Canadian women and five men, plus their children, are thought to have been detained by the U.S.-backed Syrian Democratic Forces (SDF). None has been charged with an offence so far.

Madeleine Gomery, a spokesperson for Public Safety Minister Bill Blair, said the government “takes with the utmost seriousness the threats posed by travelling extremists and returnees.”

Ms. Gomery said those who leave Canada to fight for terrorism are “utterly reprehensible and when the evidence warrants it, our goal is to arrest, charge, prosecute and convict‎ them.”

She said of the small number of Daesh fighters who have returned to Canada, 13 have been charged and four have been convicted.

Amarnath Amarasingam, a professor at Queen’s University who researches extremism, said experts have warned for more than two years that without a proper process, people in the camps will find ways to escape.

“I’m hoping that the Canadian government finally comes to its senses and realizes that having ownership over this and actually organizing and monitoring how it’s done is a safer proposition,” he said.

The anti-IS coalition comprises more than 80 countries, including Canada and many of its closest allies. Foreign Affairs Minister Marc Garneau attended the meeting but made no new announcements about Canada’s support for the coalition. Mr. Garneau could not be reached for comment.

Canada joined the coalition when it was formed in 2014. At the time, IS was close to the peak of its power, controlling about a third of Syria and 40 per cent of Iraq. Within three years, it had lost the vast majority of its territory, including the northern Syrian city of Raqqa, which it had set up as its capital, and Mosul, Iraq’s second-largest city. At the time, Canada committed $512-million in humanitarian assistance to Syria through 2021.

Ahead of the Rome summit, Mazloum Abdi, leader of the SDF – the Kurdish fighters who were instrumental in the near-eradication of IS in Syria – supported Mr. Blinken’s view that keeping IS fighters and their supporters and families in Syrian and Iraqi camps is unsustainable and potentially explosive.

He said the coalition countries would be wise “to help return these people to their home countries, fund education and deradicalization programs and support stability and strong economic recovery in the liberated areas to address the root causes of extremism.”

A few of the camps in Syria are enormous. The Wall Street Journal recently reported that the camp at al-Hol, which covers more than 700 acres and is guarded by the SDF, has turned into a “mini-caliphate.” Murders are routine, with most of the victims accused by IS of collaborating with camp authorities.

The coalition called for measures to end the IS threat in the Middle East and Africa, where affiliates are expanding. “The resumption in Daesh/ISIS activities and its ability to rebuild its networks and capabilities to target security forces and civilian areas in Iraq and Syria where the Coalition is not active requires strong vigilance and co-ordinated action,” it said in a statement after the Rome meeting.

But only a few countries are providing new resources to fight IS.

British Foreign Secretary Dominic Raab announced £12.6-million to fight IS in the Lake Chad basin and develop projects to encourage fighters to put down their arms. Before the meeting, Mr. Raab said the IS threat “continues to grow in Africa, which is why we must work with our coalition partners to fight its poisonous propaganda on all fronts.”

Late last month, about 50 people were killed in the eastern Democratic Republic of the Congo. The IS-linked Allied Democratic Forces rebel group was said to be responsible for the attacks. 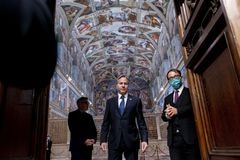 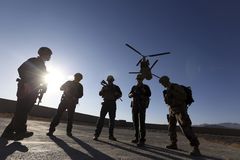 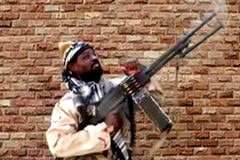 Follow Eric Reguly and Janice Dickson on Twitter @ereguly @janicedickson
Report an error Editorial code of conduct
Due to technical reasons, we have temporarily removed commenting from our articles. We hope to have this fixed soon. Thank you for your patience. If you are looking to give feedback on our new site, please send it along to feedback@globeandmail.com. If you want to write a letter to the editor, please forward to letters@globeandmail.com.
Comments