Susan Cornwell and Susan Heavey
WASHINGTON
Reuters
Published May 27, 2021 Updated May 27, 2021
Comments
Text Size
Please log in to listen to this story. Also available in French and Mandarin. Log In Create Free Account

Democrats in the U.S. Senate urged Republicans on Thursday to join them in voting to support a commission to probe the deadly attack on the Capitol by Donald Trump’s supporters, although the idea seemed to lack critical support ahead of a vote.

Senators argued for hours about the need for a commission, while also working to advance a sweeping tech bill taking aim at China in a marathon session that stretched into the evening.

“Let’s get down to basics here. Many of the Republican members are afraid of the man who incited this,” said the Senate’s No. 2 Democrat, Dick Durbin. “They’re afraid of Donald Trump.”

Democrats have urged a bipartisan probe similar to the one Congress approved after the Sept. 11, 2001, attacks, but this time reviewing the Jan. 6 assault on the seat of American democracy by hundreds of supporters of Trump fired up by the then-president’s false claims that his November election defeat was the result of fraud.

Five people died in the violence.

Republicans argue that a congressional commission is not needed in addition to probes by committees and a sweeping Justice Department investigation that has already resulted in more than 440 arrests.

But they are also concerned that the probe will keep the attention on Trump and the Jan. 6 violence as the 2022 congressional election season picks up.

Just three Senate Republicans have said they will vote to allow floor consideration of the measure, which passed the House of Representatives with the support of all Democrats and one in six Republicans.

The three Senate supporters are well short of the 10 Republicans needed under the Senate’s rules, which require 60 votes for a bill to advance. Democrats back establishment of an investigative panel, and the Senate is divided 50-50 along partisan lines.

A U.S. judge said this week there is a risk that Trump’s supporters could carry out attacks similar to the assault on the Capitol, noting the former president’s “near-daily fulminations” about his election loss.

“The role of the former president had already been litigated exhaustively in the high-profile impeachment trial several months ago,” Republican Senate Minority Leader Mitch McConnell said on Thursday. “I do not believe the additional, extraneous ‘commission’ that Democratic leaders want would uncover crucial new facts or promote healing.”

“McConnell has made this his political position, thinking it will help his 2022 elections. They do not believe the truth will set you free, so they continue to live in fear,” he wrote.

Manchin, of West Virginia, has made it one of his missions in Congress to seek bipartisanship on various issues. He has split with his own party numerous times.

The bill establishing the commission passed the Democratic-controlled House last week with support from 35 Republicans who defied their party’s leadership in voting for the measure. The legislation would require that the commission issue a final report by Dec. 31.

The mother of Capitol Officer Brian Sicknick, 42, who battled the rioters and died of a stroke the day afterward, appealed for support for a commission in a meeting on Thursday with senators on both sides of the issue.

Emerging from a session with Senator Mitt Romney, one of the handful of Republicans who support the panel, Gladys Sicknick said she was speaking out because “I just couldn’t stay quiet any more.”

After meeting with Sicknick, Republican Senator Ron Johnson said he still did not see the value of a commission, although he condemned the violence on Jan. 6.

“All those who engaged in those repulsive acts should be prosecuted to the full extent of the law,” Johnson said in a statement. 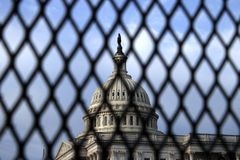 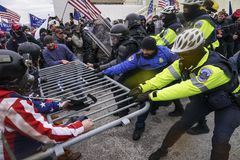 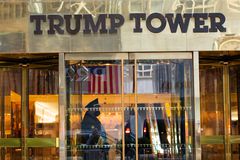