The U.S. special envoy to Afghanistan warned Monday that “distressingly high” levels of violence threaten to derail ongoing peace talks between the Afghan government and the Taliban.

Zalmay Khalilzad’s comments come as renewed fighting for days has plagued Afghanistan’s southern Helmand province, a long-time Taliban stronghold. The Taliban this Friday agreed to halt its attacks on condition of the U.S. stopping its air strikes in the area.

But then came a suicide car bombing Sunday that killed at least 13 people and wounded around 120 others in Afghanistan’s western Ghor province. Though no one claimed responsibility for the bombing, suspicion immediately fell on the Taliban.

“Violence has stalked Afghans for far too long. It has robbed far too many Afghans of their loved ones,” Khalilzad wrote on Twitter. “The tragedy in Ghor today is the most recent example.”

He added: “The belief that says violence must escalate to win concessions at the negotiating table is very risky. Such an approach can undermine the peace process and repeats past miscalculations by Afghan leaders.”

The Taliban offered no immediate reaction to Khalilzad’s tweets. However, it issued a statement Sunday over the U.S. air strikes targeting Helmand province. The Taliban warned that “all responsibility and consequences from continuation of such actions shall fall squarely on the shoulders of the American side.”

The fighting has overwhelmed the only emergency hospital in Lashkar Gah, Helmand’s provincial capital, said Marco Puntin, the program co-ordinator at EMERGENCY, an aid group working there. He said doctors faced those wounded from six-consecutive nights of fighting.

“Most of the patients we are currently admitting to the hospital are victims of bomb attacks and therefore suffer complicated injuries, which require complex surgery and a long hospital stay,” Puntin said in statement. “Civilians are paying the price for this offensive, trapped by the crossfire and often hit by mortars, rockets and grenades.”

The peace talks in Qatar between the Taliban and Afghan government negotiators began in September, but after a ceremonious start they became bogged down, mainly in the minutiae of Islamic jurisprudence. This current round of negotiations come after a deal in February between the U.S. and the Taliban that seeks to end America’s longest war.

Despite the challenges, the ongoing talks represent the most-serious effort yet at ending decades of war in Afghanistan that followed the 2001 U.S.-led invasion that toppled its Taliban government, which then was hosting al-Qaeda leader Osama bin Laden who planned the Sept. 11 attacks.

Meanwhile, prominent Afghan politician Gulbuddin Hekmatyar, who was once designated a militant by the U.S. and who made peace with Afghan President Ashraf Ghani’s government in 2016, arrived in Pakistan’s capital Islamabad for a three-day visit, the Foreign Ministry said in a statement.

Hekmatyar met with Pakistan Foreign Minister Shah Mahmood Qureshi, who called for a reduction in violence in Afghanistan, leading to a ceasefire, according to a ministry statement. Hekmatyar was also scheduled to meet with Prime Minister Imran Khan. 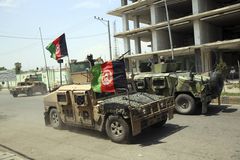 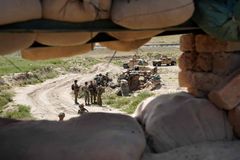 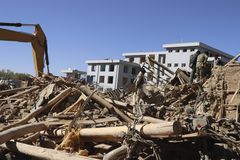