The United States has carried out an airstrike against the leader of al-Qaeda’s affiliate in Yemen after months of tracking him by using aerial surveillance and other intelligence, according to three current or former American officials.

The officials expressed confidence that the leader, Qassim al-Rimi, was killed in a January air strike in Yemen, but were awaiting confirmation before making a public announcement.

If confirmed, his death could represent a significant blow to the al-Qaeda affiliate, which remains one of the most potent branches of the terrorist group. The Yemen branch, al-Qaeda in the Arabian Peninsula, has tried to attack the U.S. and Europe, and is thought to still want to.

The group’s ability to orchestrate or attack targets in the West has atrophied in recent years, as American airstrikes have targeted their bomb-makers and English-language propagandists. But the group, American officials have previously said, remains a dangerous one.

Al-Qaeda and Islamic State leaders have been targeted in the past by American military or CIA drone strikes, only for U.S. officials to learn later that the militants had survived. That has made American officials more cautious about declaring these kind of strikes successful.

Military officials said they were not aware of any strikes. The CIA and the National Security Council declined to comment.

The CIA learned of Mr. al-Rimi’s location from an informer in Yemen in November, according to a U.S. official who was briefed on the strike. That information allowed the government to begin tracking him through surveillance drones.

Local news reports in Yemen said that a drone strike this month killed two militant suspects in the area of Wadi Abedah in central Yemen. The reports did not identify the people killed in the strike.

Mr. al-Rimi, 41, is among the few al-Qaeda leaders whose terrorist pedigree traces to the era before the Sept. 11 attacks.

A veteran of al-Qaeda’s training camps in Afghanistan, Mr. al-Rimi later returned to his native Yemen, where he was sentenced to five years in prison for plotting to kill the U.S. ambassador there. He broke out of jail a year later and quickly rose through the ranks of the al-Qaeda affiliate.

The State Department offered a US$5-million bounty for information leading to Mr. al-Rimi’s capture, and later doubled the reward to US$10-million, as he was linked to numerous plots against American interests.

According to the State Department, he is believed to have played a role in the 2008 attack on the U.S. Embassy in Sanaa, which killed 10 guards and four civilians, as well as the 2009 plot by the Nigerian Umar Farouk Abdulmutallab to take down a Detroit-bound flight with explosives concealed in his underwear.

“He was an al-Qaeda veteran whose career started in the camps in pre-9/11 Afghanistan,” said Thomas Joscelyn, a senior fellow at the Foundation for Defense of Democracies in Washington. “After he was busted out of prison, he was part of al-Qaeda in the Arabian Peninsula’s relaunch-management team, becoming their military commander.”

Mr. Joscelyn said that Mr. al-Rimi was one of just four al-Qaeda officials who appeared in a video announcing the group’s relaunch in 2009.

Analysts said that numerous al-Qaeda leaders have been killed in similar strikes. “These strikes are necessary to degrade the group, but not sufficient to destroy it,” Mr. Joscelyn said.

The affiliate in Yemen was for a time considered the most capable of striking American interests, but it hasn’t pursued a plot targeting the United States in years.

Bruce Riedel, a 30-year veteran former CIA officer, said he had heard about the strike, but added that it was unclear whether Mr. al-Rimi had been killed.

“Al-Rimi is an important target, probably more dangerous to Yemen and Saudi Arabia than for Americans given the group’s diminished capabilities during the Yemen war,” he said.

Sudan says it has reduced troops in Yemen to 5,000
Subscriber content
December 8, 2019 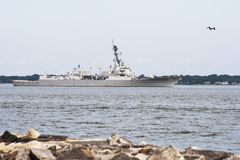