The 53 pages of legal indictments released by U.S. prosecutors Monday sketch out evidence for charges against tech giant Huawei and its chief financial officer, Meng Wanzhou, the woman whose arrest in Canada at the request of the United States has brought intense attention to accusations of corporate wrongdoing by a Chinese national champion.

But between the pages of detailed allegations – e-mailed directives from China to steal U.S. technology; a corporate bounty offered to Huawei employees for the theft of competitors’ confidential information; false statements from the company’s founder to the FBI more than a decade ago claiming Huawei had not directly dealt with an Iranian company – lay the subtext of a shift with generational consequences.

“It’s pretty undeniable that the West, properly defined, has turned its sights on Huawei, and it’s basically going to be shut out of most of those markets,” said Andrew Polk, founding partner of Trivium, a Beijing-based business advisory firm.

“And the Huawei story is a very tangible example of the sort of deglobalization of technology, and the breakdown into Western and Chinese spheres.”

The Dec. 1 arrest of Ms. Meng at Vancouver International Airport thrust Canada into a pitched diplomatic tiff with China, which has detained two Canadians and sentenced to death a third. U.S. prosecutors accuse Ms. Meng of fraudulently misrepresenting Huawei’s business with Iran, saying the company violated sanctions against the country and, as a result, caused banks with U.S. business to participate in illegal acts.

U.S. prosecutors have yet to secure the extradition of Mr. Meng, let alone marshal arguments in court.

The release of the indictment documents has brought new clarity to the U.S. case, in a series of charges against Huawei, several affiliated companies and Ms. Meng herself – 23 in total. But it also marks a notable moment in a broader reconsideration by Washington of its economic and diplomatic relationships with Beijing that has global implications.

”You absolutely have to think of it as the U.S. versus China,” said Christopher Balding, a scholar at Fulbright University Vietnam who is an expert on the Chinese economy.

The company has denied all the allegations against it, saying in a statement Tuesday that it “is not aware of any wrongdoing by Ms. Meng, and believes the U.S. courts will ultimately reach the same conclusion.”

Huawei is already the world’s largest telecommunications company and, some analysts believe, will soon be the largest smartphone maker as well.

The company can sustain its immense size through the enormity of consumer markets elsewhere, from dozens of developing nations where Beijing has gained influence, to the increasingly large middle class in its own home territory.

“Huawei doesn't just provide outstanding service, it provides stuff that's affordable. Why would anyone want to give up cheap, good service?” said Zhou Xibing, a Chinese researcher who has written extensively on the internationalization of the country’s companies.

Still, the indictments were seen in China as part of a grand conspiracy.

”The U.S. has smeared” Chinese companies, “and attempted to suppress the normal operation of Chinese enterprises. There is a political motivation and manoeuvring behind this,” said Chinese foreign ministry spokesman Geng Shuang on Tuesday.

He dismissed the notion that the U.S. has now demonstrated evidence for the arrest of Ms. Meng who, according to the indictment documents, was personally involved in misleading banks about Huawei’s violation of sanctions against Iran, through its dealings with a company it controlled called Skycom. Skycom used a bank with a U.S. subsidiary to move in excess of US$100-million through the United States., according to the indictment.

Instead, Ms. Meng has come to be seen in China as such a victim of broader trends that Mr. Zhou described as a phenomenon he called “Meng Wanzhou doom.”

“The U.S. has successfully shown the world the kind of destiny an entrepreneur is doomed to after entering the U.S. market,” he said.

What’s happening is “war,” Mr. Zhou said, the opening volleys of a conflict between a superpower and its rising challenger that he expects to continue for decades.

Still, the U.S. indictments offer an extraordinary look into allegations of wrongdoing by a Chinese company considered a national icon.

The allegations demonstrate U.S. concern about Huawei, particularly its activities in Iran, that long predates the election of U.S. President Donald Trump, or the massive imposition of tariffs on Chinese goods under his presidency.

In July, 2007, according to one document, FBI investigators “interviewed the founder of Huawei” – Ren Zhengfei, the father of Ms. Meng – in New York. The personal involvement of Mr. Ren in answering FBI questions about Iran more than a decade ago had not previously been widely known. But Mr. Ren, according to the indictment, “falsely stated, in substance and in part, that Huawei had not dealt directly with any Iranian company.”

The indictments also use detailed e-mail records to allege that superiors in China directed Huawei employees in the United States to collect information about Tappy, a proprietary phone-testing device created by T-Mobile. Huawei was struggling to build a similar testing device – called xDeviceRobot – and the engineers on that project sought highly detailed information about Tappy, according to the indictment. It quotes e-mails showing repeated requests for pictures and measurements, even though Huawei had promised T-Mobile it would not photograph or attempt to copy Tappy.

At one point, a Huawei employee smuggled home one of Tappy’s robot arms, and took detailed photographs, the indictment says. At another point, it says, a Chinese Huawei employee travelled to the United States. and twice sneaked into the Tappy facility, using a pass for a U.S. Huawei employee, to photograph the T-Mobile robot.

Months later, Huawei launched a companywide “bonus program to reward employees who stole confidential information from competitors,” according to the indictment. Days later, the executive director of human resources at Huawei’s U.S. subsidiary sent an e-mail saying that “in the U.S.A. we do not condone nor engage in such activities and such a behaviour is expressly prohibited” by local companies policies.

Still, “the e-mail did not state that the bonus program had been suspended by Huawei China,” the indictment notes. Indeed, the e-mail said “in some foreign countries and regions such a directive and award program may be normal.”

“Chinese companies have been very eager to learn about Western technology in lots of different ways, and the Chinese government has helped them to do this,” said George Yip, a scholar at Imperial College Business School in London who co-authored China’s Next Strategic Advantage: From Imitation to Innovation.

The Western response to Huawei, he said, comes as Beijing starts to see fruit from its long-standing efforts to encourage domestic innovation. “Chinese companies are now challenging the West on innovation,” he said. He believes the resulting frictions will endure for years.

”We’re not going to have a military war between the West and China. But there will be trade wars.”

Still, he’s optimistic that an accommodation can be reached. He expects China to further open its market to Western firms.

“Technology affects everything,” he said. “And I just do not see us having a commercial Iron Curtain between a Chinese sphere and a Western sphere.” 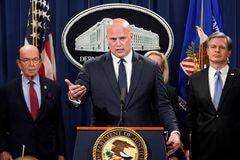 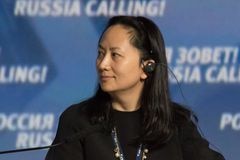 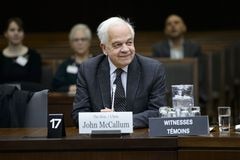