Canada’s claim over the Northwest Passage is “illegitimate,” U.S. Secretary of State Mike Pompeo said Monday in a major speech to the Arctic Council that Canadian experts called both provocative and frequently inaccurate.

Mr. Pompeo offered his characterization during a wide-ranging speech in Finland in which he also warned against China’s increased Arctic presence, saying it threatens North American security and could be harmful to the environment.

Mr. Pompeo reiterated long-held concerns about Russia’s military buildup in the Arctic and how that, too, is viewed as being counter to U.S. security interests.

“No one denies Russia has significant Arctic interests,” Mr. Pompeo said in a transcript of remarks circulated by the U.S. State Department. “We recognize that Russia is not the only nation making illegitimate claims. The U.S. has a long-contested feud with Canada over sovereign claims through the Northwest Passage.” 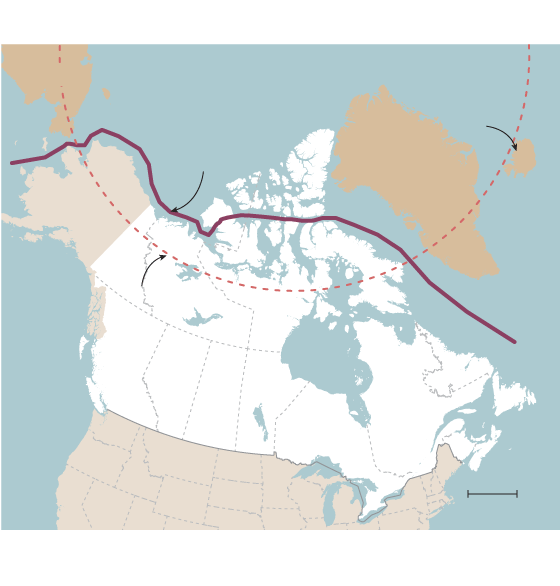 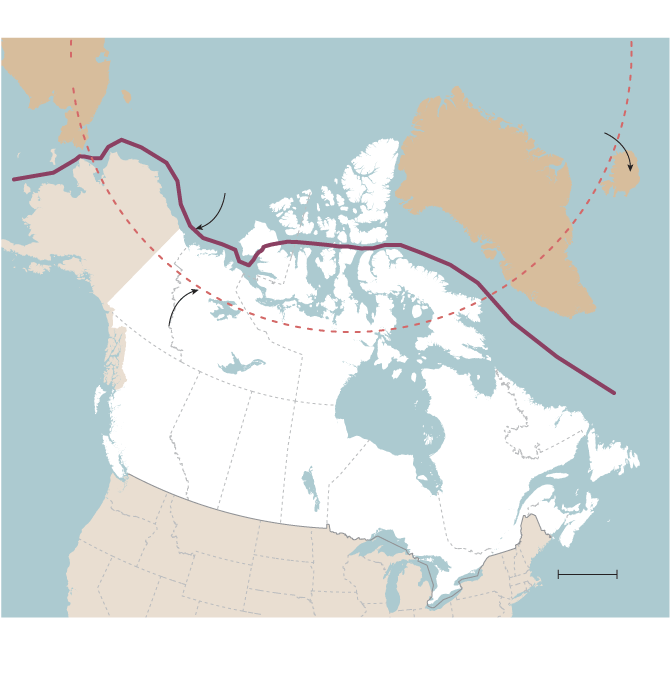 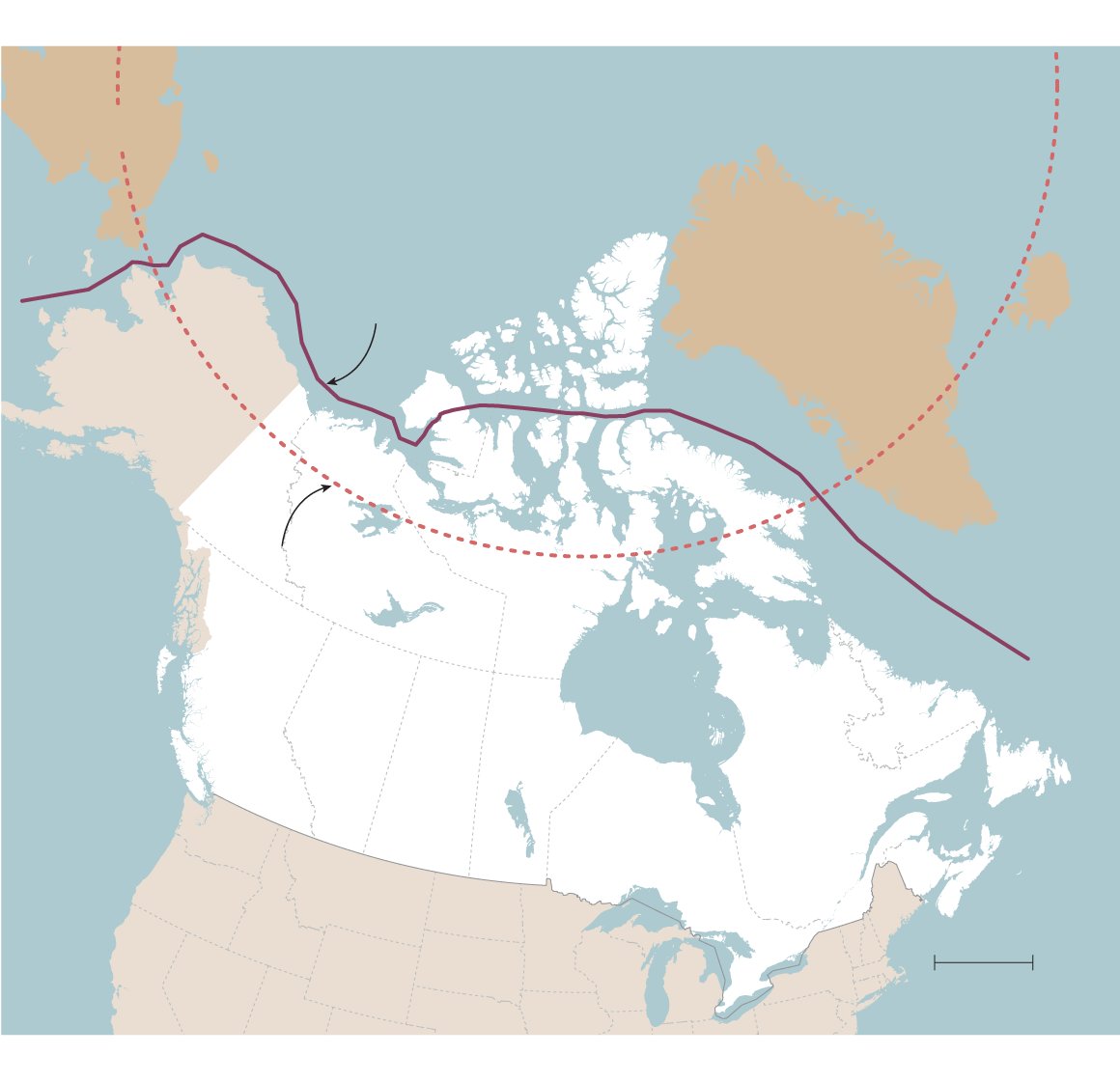 Mr. Pompeo’s branding of a long-time disagreement on Arctic policy between the Canada and the United States is a “stunning rebuke” of the 1988 Arctic Co-operation agreement between the two countries, said Fen Hampson, the head of the international-security program at the Centre for International Governance Innovation in Waterloo, Ont.

“It underscores the ‘upset-every-applecart’ approach by the Trump administration to Canada-U. S. relations,” said Hampson, the author of a recent book on the foreign policy of former prime minister Brian Mulroney.

The routes between the Atlantic and Pacific oceans run between Canadian islands but the two countries disagree about whether that makes them internal Canadian waters or international waters that have Canadian territory nearby. The disagreement matters more now that melting Arctic sea ice means the Northwest Passage is getting closer to being a viable commercial shipping route.

The agreement reached by Mulroney and then-president Ronald Reagan allows the U.S. to designate the Northwest Passage as an international waterway while allowing Canada to say that it is a part of Canadian sovereign territory.

The treaty recognizes the “close and friendly relations between their two countries, the uniqueness of ice-covered maritime areas, the opportunity to increase their knowledge of the marine environment of the Arctic through research conducted during icebreaker voyages, and their shared interest in safe, effective icebreaker navigation off their Arctic coasts.”

The Canadian government pointed to that agreement in responding to Pompeo’s speech.

“Canada and the U.S. have differing views regarding the status of the Northwest Passage under international law,” said Guillaume Berube, a spokesman for the Department of Foreign Affairs. “The situation is well managed, including through the 1988 Arctic Co-operation Agreement, according to which the U.S. government seeks Canada’s consent for its icebreakers to navigate the waterways. Canada remains committed to exercising the full extent of its rights and sovereignty over its territory and its Arctic waters, including the various waterways commonly referred to as the Northwest Passage. Those waterways are part of the internal waters of Canada.”

Hampson said the treaty was a “neighbourly understanding to agree to disagree about Canada’s territorial claims over the Northwest Passage, whereby the U.S. would seek Canada’s permission about transit through these straits.”

There is little that Canada can do if the U.S. sends a ship through the passage without prior notification, he said.

“We can remind them, though, that if they are worried about a growing Chinese and Russian presence in the North and aspirations to create a circumpolar Silk Road, they might want to work more closely with their NORAD partner and refrain from challenging our sovereignty,” said Hampson.

“This isn’t the time to be throwing snowballs.”

Michael Byers, an Arctic expert at the University of British Columbia, said Pompeo’s characterization of the Canadian position as illegitimate is actually factually correct, but it is “the only accurate and rational statement in the speech.”

The federal government should be worried that the top diplomat from one of its key Arctic allies got his facts so wrong, Byers said.

One of the most glaring of several mistakes, said Byers, is Pompeo’s assertion that China is trying to build infrastructure in the Canadian Far North.

China is “planning to build infrastructure from Canada, to the Northwest Territories, to Siberia,” Pompeo said. “This is part of a very familiar pattern. Beijing attempts to develop critical infrastructure using Chinese money, Chinese companies, and Chinese workers – in some cases, to establish a permanent Chinese security presence.”

China’s signature international infrastructure project, the multibillion-dollar Belt and Road Initiative, aims to expand trade by building roads, ports and other facilities to connect Asia through Africa and the Middle East to Europe.

The U.S. opposes what it sees as an aggressive push by China to assert its influence by lending money to less developed countries and creating what is known as a “debt trap.” A Chinese state-owned company ended up in possession of a port in Sri Lanka when that country couldn’t pay off loans, for instance.

“I have not heard of any Chinese plans to build infrastructure in the Canadian Arctic,” said Byers. “There’s no factual basis, certainly not in the public domain, and that would also require the full involvement of the Canadian government. It’s just flat-out wrong.”

(Byers did note that northern Quebec has a Chinese-owned lithium mine.)

A senior government official, speaking on the condition of anonymity because of the sensitivity of the situation, said Pompeo did not appear to refer to specific Chinese projects in Canada related to the Belt and Road Initiative and may have been speculating.

The official added: “There are no investments here, nor are there any contemplated.”

Berube, the spokesman for the Foreign Affairs Department, said Canada “welcomes continued discussions with China on Arctic issues,” which the two countries can have through existing two-way and multinational mechanisms.