The Vatican is preparing a response to bombshell allegations made by an Italian archbishop who asked Pope Francis to step down, accusing him of covering up sexual misconduct by an American cardinal, his top advisers said on Monday.

The statement came at the end of the first day of a three-day meeting of the “C-9”, a group of nine cardinals from around the world who meet with the pope at the Vatican several times a year to advise him on church matters.

In an 11-page statement published on Aug. 26, Archbishop Carlo Maria Vigano, the former Vatican ambassador to Washington, launched an unprecedented broadside by a church insider against the Pope and a long list of Vatican and U.S. church officials.

The cardinals’ statement said they had expressed their “total solidarity with the pope over events of the last few weeks,” and added that the Holy See was preparing “eventual and necessary clarifications.”

Archbishop Vigano said he had told Francis soon after the pontiff’s election in 2013 that Theodore McCarrick, the former archbishop of Washington, had engaged in sexual misconduct.

Archbishop Vigano, who is in hiding and communicating through the same conservative journalists who helped him prepare, edit and distribute his broadside, said the Pope had done nothing, and even lifted sanctions that had been imposed on Mr. McCarrick by Benedict, the previous pope.

Francis in July accepted the resignation of Mr. McCarrick, 88, who became the first cardinal in living memory to lose his red hat and title.

American church officials had said allegations that Mr. McCarrick had sexually abused a 16-year-old boy almost 50 years ago were credible and substantiated.

Mr. McCarrick has said he has “absolutely no recollection” of the alleged abuse of the teenager.

Critics say Archbishop Vigano's statement has holes and contradictions, and is his vendetta for not being made a cardinal by Francis.

They say Mr. McCarrick disregarded any sanctions, appearing in public often, even alongside Benedict, in the years after Archbishop Vigano says the former pope acted against Mr. McCarrick.

Hours after Archbishop Vigano's statement was printed in conservative media outlets, Francis told reporters on his plane returning from a trip to Ireland that he would “not say a word” about the statement because it “speaks for itself.”

He did not, however, rule out an institutional response, such as the one the cardinals said the Vatican was preparing. The cardinals’ statement gave no indication when the clarification would be issued.

The cardinals also said they had asked the Pope to “reflect” on the work, structure and makeup of the group that was formed five years ago, taking into consideration “the advanced age of some of its members.”

Francis spoke of his intention to make changes to the C-9 in an exclusive interview with Reuters in June, saying he wanted to “renew it a bit.”

Two of the members of the current C-9, Australian Cardinal George Pell and Chilean Cardinal Francisco Javier Errazuriz Ossa, are under a cloud for allegations related to church sexual abuse scandals in their countries. Both have denied any wrongdoing. 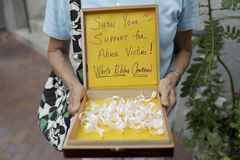 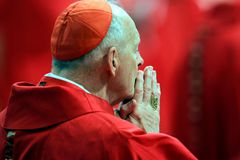 Vatican expresses ‘shame and sorrow’ over report on sexual abuse by priests in Pennsylvania
August 16, 2018 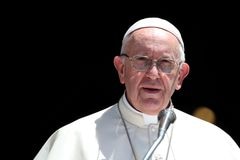