Guaido said in an interview with The Associated Press that it would be a “farce” to participate in any election with the Maduro government still in control of the country.

The man recognized by the U.S. as Venezuela’s rightful leader also said he plans to keep the title of acting president even after his one-year term as leader of the National Assembly ends in the new year.

“We are very clear that we’re going to continue until the point that elections in Venezuela are in reality free,” he said, adding that there are signs Maduro’s government is weakening as it resorts to torturing opponents while growing isolated from its people and the international community.

Socialist party chief Diosdado Cabello, a key Maduro ally, has said that elections for the National Assembly – the most important opposition-dominated institution in the country – could be held in January or earlier. The legislature’s five-year term is set to end in December 2020 and elections are traditionally held in the last month of its term.

Guaido, 36, launched a campaign to overthrow Maduro upon being named head of the National Assembly earlier this year. He quickly won recognition from more than 50 foreign governments, led by the Trump administration. They consider the socialist leader’s election last year a fraud in large part because leading opposition parties and candidates were banned from running. They argued that the presidency should fall to the head of congress.

However, Maduro refuses to budge from power with backing from the Venezuelan military and international allies such as Cuba, Russia, China and Turkey. The late President Hugo Chavez’s hand-picked successor often calls Guaido a puppet of a U.S. government bent on stealing Venezuela’s vast oil resources.

Many saw negotiations hosted by Norway on the Caribbean island of Barbados between the Maduro government and its opposition as Venezuela’s best chance at resolving the crisis. But the U.S. unveiled a new round of harsh sanctions this month, which prompted Maduro to pull out.

As the political and economic crisis deepens, an estimated 4 million Venezuelans have fled the country since 2015 seeking relief from instability and shortages of food and medicine.

Opponents view moving up the vote as a way to take control of the last major institution not held by the ruling party, accusing the government of rigging the election system.

“That’s not an election,” Guaido said. “It’s a new bunker for them in an attempt to justify all the bad things they’ve done politically in the past.”

Guaido, however, says he remains upbeat for the possibility of change, and believes Maduro’s government will soon return to negotiations hosted by Norway, because it has no other options.

He reiterated that “all strategies are necessary” for change and said the opposition was “absolutely informed” of contacts between the U.S. and Maduro government recently reported by The Associated Press.

Diego Moya-Ocampos, a Venezuela analyst with the London-based consulting firm IHS Global Insight, said it would be no surprise for Venezuela’s opposition to shun participating in elections under Maduro’s rule, as it has done before. If Maduro called an early legislative vote, it would likely close the door to a negotiated solution.

“It would simply remove the last democratically elected institution in the country,” Moya-Ocampos said.

Many analysts say they expect the countries that recognize Guaido will continue to do so even after his term as head of congress ends in December.

“He has established himself as the leader of the opposition,” said Phil Gunson, a Caracas-based analyst for the International Crisis Group. “And no substitute is likely to have the same authority.”

All avenues for peace in Venezuela must be explored: Chrystia Freeland
Subscriber content
August 22, 2019 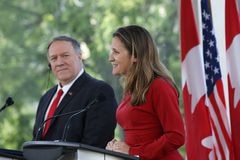 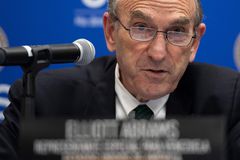 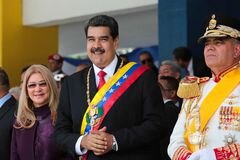