A high-profile Venezuelan opposition figure is calling on Canada to urge Venezuela’s military to back self-declared interim president Juan Guaido instead of socialist President Nicolas Maduro.

Lilian Tintori’s comments come as Ottawa prepares to play host to a meeting of the Lima Group regional bloc on Monday, at which 13 member states will discuss ways to support Mr. Guaido. Ms. Tintori’s husband, prominent political prisoner Leopoldo Lopez, has mentored the would-be leader through his rapid rise from obscurity to self-declared interim president.

“Canada’s continued support to our people will be crucial in the coming months as we seek to achieve a smooth democratic transition,” Ms. Tintori said in a statement to The Globe and Mail this week.

“We would welcome a statement by the Canadian government urging the military to support our legitimate president, Juan Guaido.”

A senior Canadian government official, who was not authorized to speak publicly on the matter, said that officials have spoken to members of the Venezuelan opposition, but have had no interactions with the military.

The International Criminal Court has launched a preliminary investigation into allegations of crimes against humanity by the Maduro regime, which has been accused of ordering the military to commit extrajudicial killings and use excessive force against protesters.

The armed forces, which continue to back Mr. Maduro publicly, could determine who wins the showdown between Mr. Guaido and Mr. Maduro. In The New York Times on Wednesday, Mr. Guaido wrote that he has had “clandestine meetings” with members of the Venezuelan military and security forces and offered them amnesty – but not for crimes against humanity.

“The military’s withdrawal of support from Mr. Maduro is crucial to enabling a change in government, and the majority of those in service agree that the country’s recent travails are untenable,” Mr. Guaido wrote.

As Venezuela’s political and economic crisis has deepened in recent years, Mr. Maduro has maintained the support of the armed forces by giving its leaders economic opportunities and insulating soldiers to some degree from the shortages that plague the country. The question for Mr. Guaido is whether international pressure is now sufficient to persuade the generals they would be better served by taking advantage of the amnesty offer.

Mr. Guaido, a virtually unknown politician until he was elected leader of the National Assembly on Jan. 5, electrified Venezuela’s beleaguered opposition last week when he swore himself in as interim president. He told Venezuelans the move was constitutional because the presidency was “vacated” after Mr. Maduro was re-elected last May in a vote that all key opposition leaders were barred from participating in.

The 35-year-old opposition leader is from one of Venezuela’s poorest regions. He was a student activist who cut his political teeth protesting against economic hardships and repression. Most of Venezuela’s prominent leaders, including Mr. Lopez, are from upper-class backgrounds, something Mr. Maduro – and before him, Hugo Chavez – has used in an attempt to cast doubt among Venezuela’s poorer citizens on their intentions. Mr. Guaido has presented himself as more representative.

But he has been carefully coached through his high-risk political gambit by more established figures in the opposition, and was chosen for his ability to be a uniting leader. Reports say Mr. Lopez has been advising Mr. Guaido from his home, where he has been under house arrest for a year and a half. Their strategy focuses on presenting the political transition Mr. Guaido represents as constitutional, centred in the legitimacy of the National Assembly and opposition to an undemocratic regime.

A vocal Maduro critic, Mr. Lopez was arrested in 2014, endured a harsh imprisonment and was barred from running for office again. Ms. Tintori has spoken on her husband’s behalf since his arrest. She met with Prime Minister Justin Trudeau in Ottawa in May, 2017, to discuss the crisis in Venezuela.

Canada was among the first countries to recognize Mr. Guaido hours after he declared himself interim president. Ms. Tintori thanked the government for its support, but said more is needed.

She said it is crucial for Canada to ensure humanitarian assistance ends up in the hands of trusted non-governmental organizations or local governments in Venezuela – not the Maduro regime, which has blocked foreign aid in the past.

Facing an annual inflation rate of more than one million per cent, Venezuelans are struggling with widespread shortages of food, medicine and electricity. According to the United Nations Refugee Agency, three million Venezuelans have fled the difficult living conditions and escalating violence, taking refuge in Colombia, Peru, Ecuador, Argentina, Chile and Brazil.

“We also hope Canada will open their generous policies to Venezuelan refugees, as we try to ensure that democracy is restored in our country and livelihood conditions improve,” Ms. Tintori said.

Earlier this week, Foreign Affairs Minister Chrystia Freeland said the Lima Group will consider providing more humanitarian aid to Venezuela and refugees next week. However, the government has not indicated if it will set aside more money for these efforts.

The United States and 11 members of the Lima Group – Canada, Argentina, Brazil, Chile, Colombia, Costa Rica, Guatemala, Honduras, Panama, Paraguay and Peru – recognized Mr. Guaido as interim president. St. Lucia and Guyana did not, but will attend Monday’s meeting. Mexico has remained neutral on the situation, and will not attend.

As the alliance of Guaido supporters grows, Russia, China, Turkey and Iran continue to back Mr. Maduro.

Mr. Guaido said on Thursday that agents from a feared special police unit had visited his home and asked for his wife, who was there with their daughter while he was at an event. Later that day, he said his family will not be intimidated. The United States has warned of “serious consequences” if the Maduro government harms Mr. Guaido.

Struggle for control of Venezuela returning to the streets as both Guaido and Maduro call for protests
Subscriber content
February 1, 2019 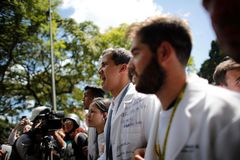 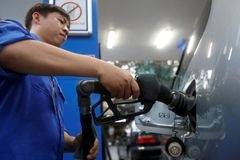 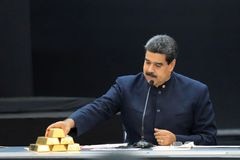