It was the boldest move yet by Juan Guaido, Venezuela’s opposition leader: At sunrise, he stood flanked by soldiers at an air force base in the heart of the capital, saying rebellion was at hand.

Update: Venezuela’s Maduro hangs on as protests peter out

Mutinous security forces supporting him had released the country’s most famed political prisoner. National guardsmen stood at Mr. Guaido’s side as others joined marches to support the protesters they had spent years repressing.

In the streets, anti-government demonstrators clashed with forces loyal to the President amid reports of live fire, rubber bullets and tear gas. A health clinic in Caracas took in 69 people injured during the day. An armoured vehicle rammed protesters, but it was not immediately clear how many people were hurt.

Yet at the end of the day, Mr. Guaido fell short of the prize he sought: the toppling of President Nicolas Maduro, who has relied on force, intimidation and widely discredited elections to remain in power.

The events also cast a harsh new light into the division within the armed forces, which puts Venezuela in a precarious position as the country’s political crisis deepens. While the highest ranks of the military dig into their support for Mr. Maduro’s government, many rank-and-file soldiers appear willing to defy their commanders and come to the aid of the opposition.

“I think ultimately what we’re going to see coming out of this is both the government and the opposition recognizing that their hands were not as strong as they thought they were,” said Geoff Ramsey, an analyst at the Washington Office on Latin America, a human-rights group.

Canada and the United States are among some 50 countries that recognize Mr. Guaido as Venezuela’s president.

Watching events today in Venezuela very closely. The safety and security of @jguaido and @leopoldolopez must be guaranteed. Venezuelans who peacefully support Interim President Guaido must do so without fear of intimidation or violence.

The gamble by Mr. Guaido was brazen: A predawn takeover of a military base in the heart of the capital, Caracas. The deep symbolism of such an act, it was hoped, would help galvanize soldier and citizen alike to end Mr. Maduro’s authoritarian rule.

The Trump administration immediately came out in support of the opposition, with the U.S. President, Vice-President and others publicly stating their approval on Twitter. President Donald Trump also threatened “a full and complete” embargo on Cuba if it did not stop what he called “military and other operations for the purpose of causing death and destruction to the Constitution of Venezuela.”

The Trump administration, which has backed Mr. Guaido since he first challenged Mr. Maduro’s authority more than three months ago, clearly thought the day would unfold differently.

Secretary of State Mike Pompeo, speaking on CNN’s State of the Union, said there had been “senior leaders inside the Maduro government that were prepared to leave. They told us as much over the past few weeks.”

He said Mr. Maduro “had an airplane on the tarmac, he was ready to leave this morning, as we understand it, and the Russians indicated he should stay.” He offered no evidence.

“All agreed Maduro had to go,” Mr. Bolton said. But Mr. Padrino Lopez and Mr. Moreno both came out publicly in defence of Mr. Maduro on Tuesday.

In Photos: Clashes in Venezuela in popular uprising against Maduro

Since January, Mr. Guaido has run what amounts to a parallel government, counting on support from more than 50 countries, including the United States, even as Mr. Maduro remains the country’s leader. Despite Mr. Maduro’s low popularity, however, the opposition’s momentum has been sapped as Mr. Guaido has failed to depose the President or solve the shortages of food, medicine, water and power that plague the country’s 30 million people.

But if there had been any likelihood that top military brass would turn sides on Tuesday, it seemed quashed by early afternoon when Mr. Padrino López, the Defence Minister, spoke on television, calling the act “an attempt at a coup, without a doubt, at a mediocre level.”

Mr. Padrino López also came flanked by soldiers, but they pledged loyalty to Mr. Maduro and vowed to hunt down those responsible.

By afternoon, news spread of another blow to the opposition: Leopoldo Lopez, the political prisoner who heads Mr. Guaido’s party, had fled into the Chilean embassy, along with his wife, Lilian Tintori. Only hours earlier, Mr. Lopez had appeared freed from house arrest imposed by Mr. Maduro’s government.

Venezuelans in Caracas said they were bracing for a revived but protracted struggle between Mr. Maduro and Mr. Guaido, with an unclear outcome.

“I believe this is very important, but I see apathy and fear in people,” said one protester, Mary Galaviz, 69. “We should not be afraid. In war there is death, but goals are achieved.”

Miriam Segovia, 52, another protester near the military base, said she hoped that the armed forces would “put themselves on the side of the constitution, so we can escape this misery, this hunger and lack of medication.”

The response was far more mixed – and chaotic.

Tear gas canisters could be seen detonating near the military base, where about 2,000 people had gathered around noon. About 200 people converged near the President’s Miraflores Palace, in Caracas, in support of Mr. Maduro’s government. Some were armed.

At least 69 people were wounded, according to Salud Chacao, one of the hospitals attending them.

The scenes drew condemnations from governments around the region. Eleven countries, including Venezuela’s neighbours Colombia and Brazil, issued a statement denouncing what they called “the indiscriminate use of violence to repress the transition process.”

The countries, known regionally as the Lima Group, encouraged the military to back Mr. Guaido. They called for a meeting to discuss the situation on May 3.

Rocio San Miguel, a security analyst in Caracas, said Mr. Guaido had failed to get the majority of the armed forces to switch sides.

“It took 12 hours, but we saw that the balance of power hadn’t shifted,” Ms. San Miguel said. “In the end, the scenario they got was that none of the important commanders joined the opposition.”

But she said it was also telling that the armed forces had arrested neither Mr. Guaido nor Mr. Lopez, the political prisoner, presumably fearing a backlash for detaining the popular leaders.

“This situation is not easy for Maduro either,” she said.

Mr. Lopez is the country’s most well-known political prisoner, sentenced to nearly 14 years after having led street protests against Mr. Maduro in 2014. In the morning, Venezuelans woke to the sight of him freed, standing beside Mr. Guaido, saying soldiers who supported the opposition had released him.

“This is a movement of the people with the armed forces,” he told reporters gathered around him.

But by afternoon, Chile’s Foreign Relations Minister, Roberto Ampuero, announced that Mr. Lopez, his wife and child were at the Chilean embassy “as guests.”

It was unclear whether Mr. Lopez had requested asylum. An opposition lawmaker, Freddy Guevara, sought refuge in the Chilean ambassador’s residence in November, 2017, and remains there.

There was less clarity for Venezuela’s politics, said Dimitris Pantoulas, a political analyst in Caracas. By forcing only Mr. Lopez into hiding, Mr. Maduro had neither ended Mr. Guaido’s challenge nor allowed him to gain a new opening by freeing a popular leader.

“Neither side can impose itself on the other,” he said. 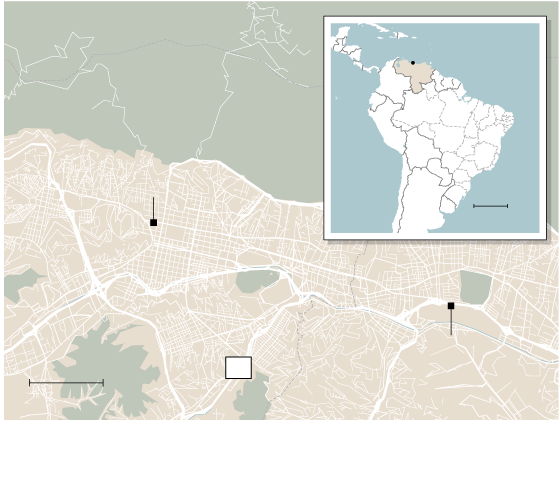 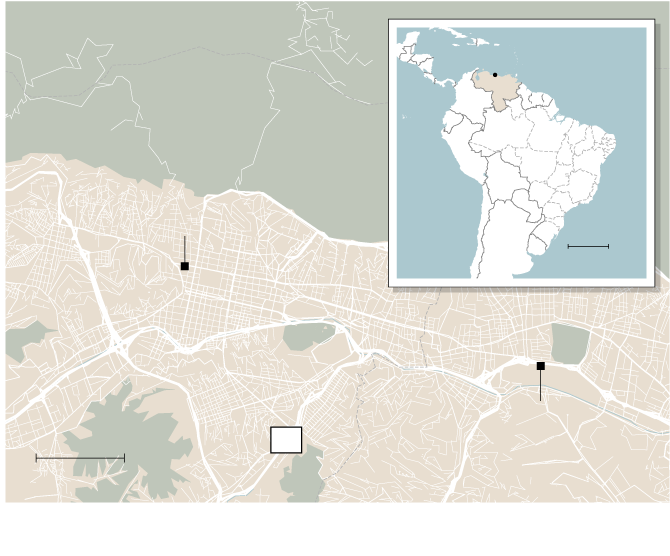 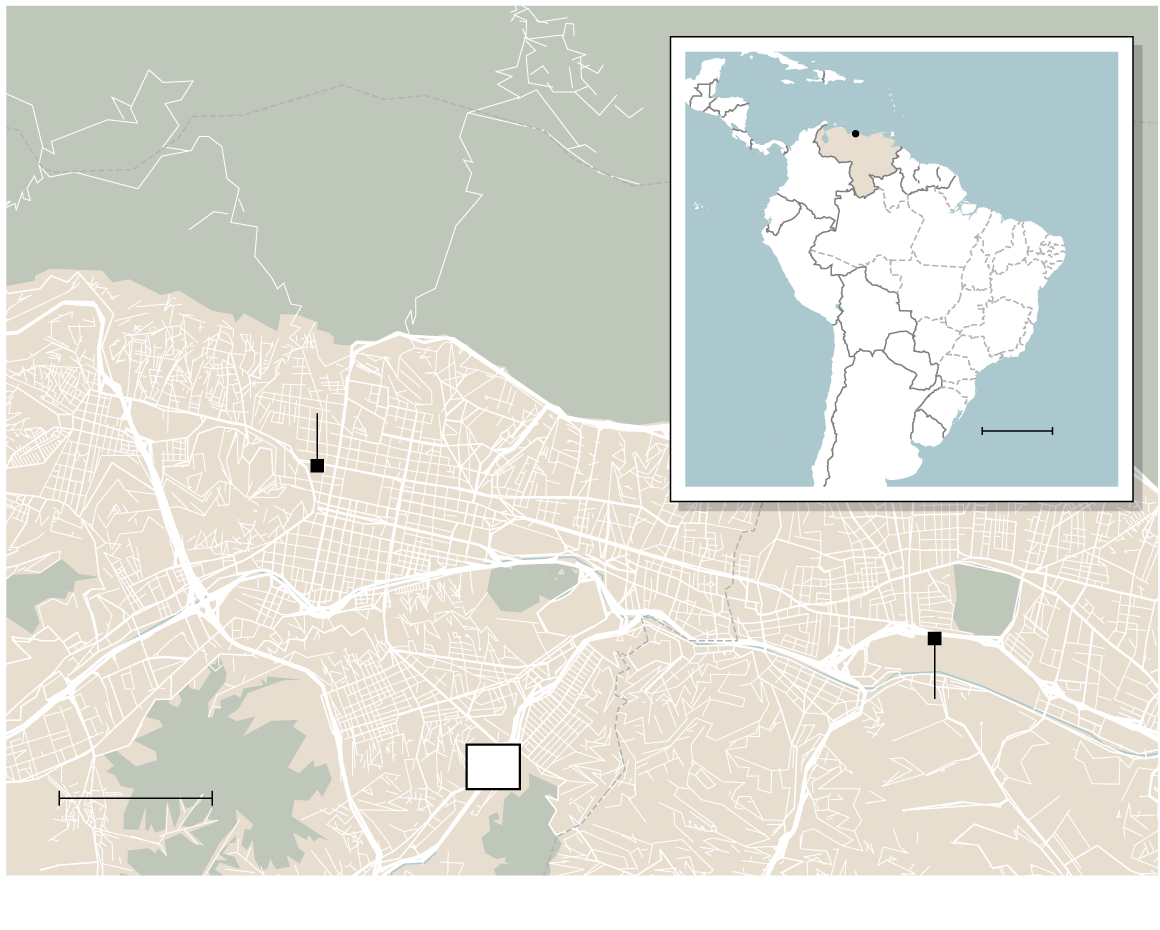