The director of Venice’s Gallerie dell’Accademia, Giulio Manieri Elia, is my guide as we wander through hall after hall viewing some of the finest art produced by the city’s High Renaissance masters, among them Tintoretto, Canaletto and Giorgione. But what strikes us most is that all we hear is Italian.

“The Venetians are rediscovering their city,” Mr. Elia says. “Venice is empty and silent, and for once it’s ours.”

The Accademia had opened the day before – May 26 – after more than two months in lockdown as COVID-19 ravaged northern Italy.

The trickle of visitors in the galleries were Italians, all of them from the Veneto region, whose capital is Venice. No one else could visit because Italy’s borders were still closed, as were the country’s internal borders. (Regional and European Union travel resumed on June 3.)

My plague diary: Italy’s coronavirus quarantine, from the beginning to (we hope) the end

Normally, the Accademia is stuffed with foreign tourists, with nary an Italian in sight. Ditto the rest of the city. In the waning days of the lockdown, local Italians took to the city’s streets, squares and canals while they were still largely empty. They knew they might never get another opportunity to see Venice as it was 50 years ago, before passengers from the monster cruise ships and discount airlines filled the city to bursting point.

Some enlightened Venetians, from local politicians and academics to shop owners and artistic leaders, want Venice to use the coronavirus crisis as an opportunity to reinvent itself, pulling it away from the mass tourism model they say destroyed its soul.

They want to make it more liveable for Venetians and students, and more alluring for artisans and entrepreneurs. In other words, a diversified economy – like an Adriatic version of Amsterdam, another former maritime power with an enticing historic centre (and canals), but one that doesn’t rely only on mass tourism to generate employment and tax revenue.

“I think this crisis is, in a sense, a gift from heaven,” says Paola Marini, president of the Association of International Private Committees for the Safeguarding of Venice, an umbrella group for the charities that spend about €4-million ($6-million) a year restoring the city’s artistic and architectural treasures.

“It is the last chance for Venice.” 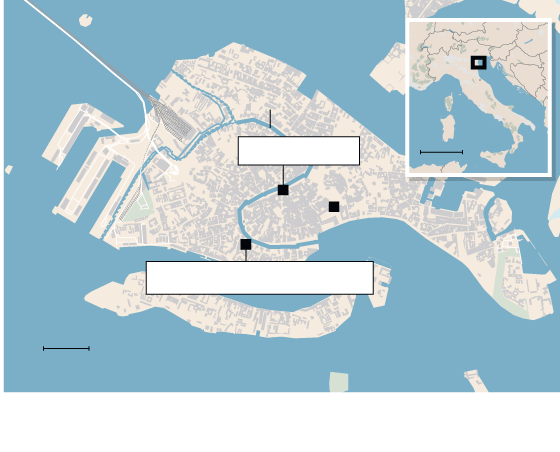 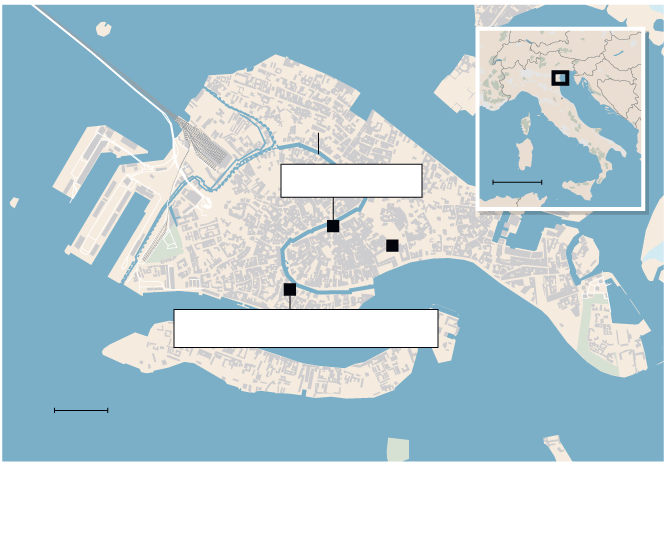 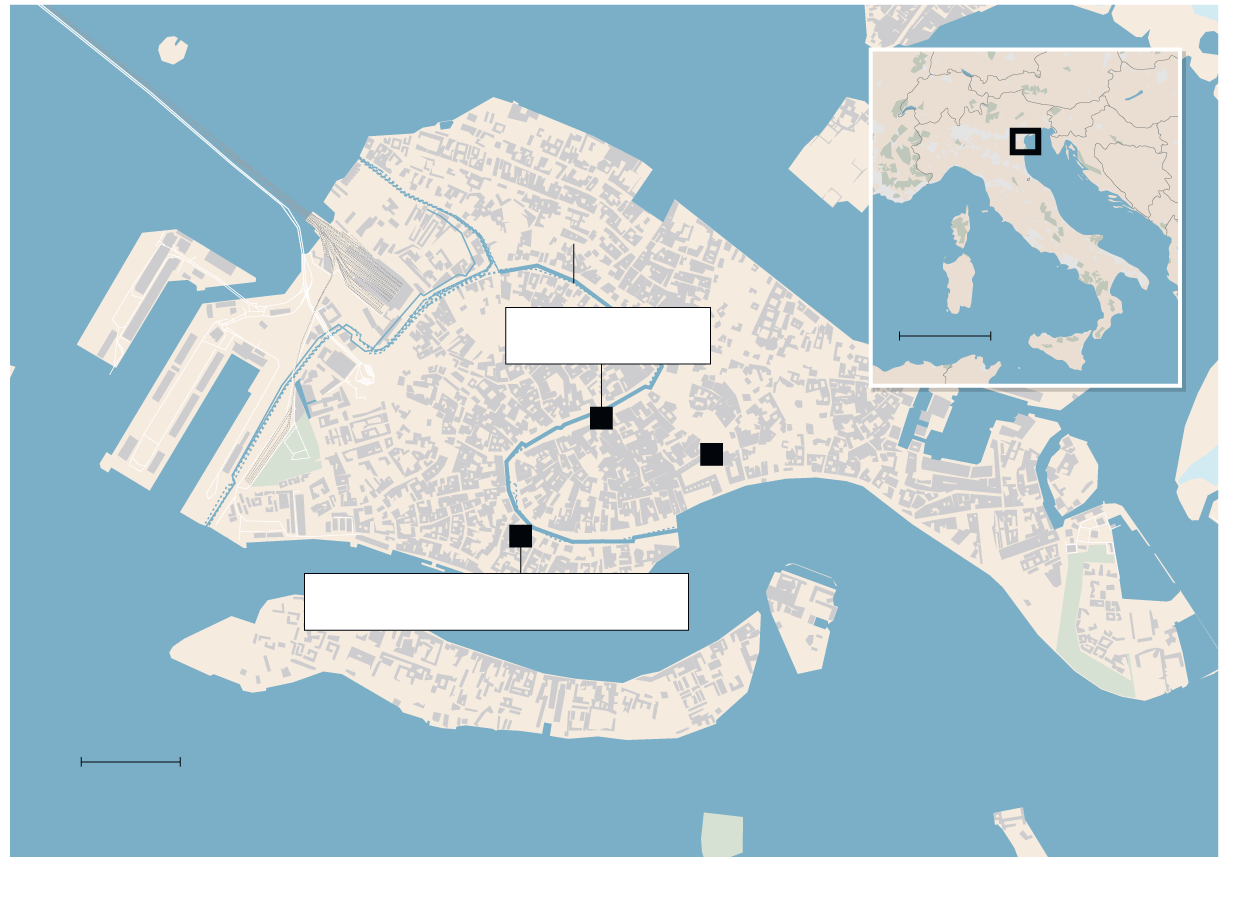 The Italian quarantine, which began on March 9, was Venice’s second severe blow since mid-November, when near-record flood waters covered more than 80 per cent of the city.

Then came the coronavirus attack, which closed the city completely. Venice has generated almost no tourism revenue in half a year.

Today, Venice is busy reopening, even though Veneto remains one of the country’s hardest-hit regions, with more than 1,900 COVID-19 fatalities by this week and 1,400 current positive cases.

The Accademia’s virus-fighting measures are typical of those taken by the city’s museums. Visitors have their temperature taken by a scanner before they enter and must wear masks. The number of visitors is limited to 130 at any one time to ensure they can remain two metres apart. Before the lockdown, about 400 would be crammed inside.

Mr. Elia would like to see more tourists (even if he admits operating a museum at one-quarter its usual capacity makes the visitor experience more enjoyable). But he, too, thinks Venice made a mistake pursuing a one-industry strategy.

“We need something besides tourism,” he says. “We need a city that doesn’t force young people to leave.”

It’s hard to pick the point when Venice went from working city to tourist trap; the process was gradual after the Second World War and sped up in recent decades.

Sarah Quill, the British author of Ruskin’s Venice: The Stones Revisited and on-and-off Venice resident since the late 1970s, says a turning point came in the early eighties, when the city revived the pre-Lent Carnival celebrations and turned them into a city-wide masquerade party. “Carnival didn’t really exist before then,” she says. “The idea was to get winter tourists.”

In the 1990s, discount airlines such as easyJet and Ryanair made Venice one of their top European destinations. Then came the monster cruise ships, some with 5,000 passengers. In the high season, five or six of them might be docked on the edge of the city at once.

The Airbnb phenomenon was the final blow. Thousands of Venetians turned their apartments into short-term rental units, pushing up housing prices. The high prices and lack of amenities for everyday life sent more Venetians fleeing. (The son of my best friend in Venice is looking for a two-bedroom apartment and can’t find anything suitable for less than €750,000, or more than $1.1 million.)

Today, the resident population is about 50,000 and falling fast. Before the war, it was more than three times that.

Mara Manente, director of the International Centre of Studies on the Tourism Economy at Venice’s Ca’ Foscari university, says Venice gets 25 million visitors a year, about two-thirds of whom are day-trippers. That works out to 500 visitors for every resident – surely the most lopsided ratio in the world.

Many Venetians aren’t convinced the municipal, regional and national governments really cared about the future of Venice. Their argument is that if they had, they would’ve put some checks on the mass tourism and ensured the on-time completion of the MOSE tide-control barriers in the Venetian lagoon. Construction of the massive hydraulic gates is running years late and billions of euros over budget, and couldn’t be deployed during the horrendous floods in November.

But the coronavirus crisis has served as a wake-up call, and the municipal government, at least, is finally talking about taking Venice in a new direction.

I met Venice’s deputy mayor, Simone Venturini, in the Ca’ Farsetti municipal palace on the Grand Canal. His plush office is next to the hall where George Clooney and Amal Alamuddin were married in 2014. Mr. Venturini, 32, is in charge of economic development, and he admits mass tourism went too far and became “suffocating at times.”

Before the virus hit, Venice was taking small steps to revive the city. It persuaded the national government to pass a law that will hit cruise-ship passengers with an embarkation tax of €3 a person, rising to €10 in the summer. The idea was to discourage the ships from arriving all at once in the high season. The city also spent €25-million to build 400 social housing apartments, which are to be rented to low-income tenants. The idea is to lure Italians back to the historic centre.

But those steps amounted to tinkering. Mr. Venturini says the city needs a whole new approach to tourism, which would see fewer big cruise ships and Airbnbs, fewer day-trippers, a greater focus on cultural visits and education, and the launch of a technology hub that might concentrate on the green economy, such as electric boats.

The problem, he says, is the municipal government has very little power to make wholesale changes. It cannot, for example, stop the big ships or prevent Venetians from turning private apartments into rental units. Laws controlling ship movements and the use of apartments are at the national, not local, level.

To give it more power, Venice is pushing hard for a law that would give it some autonomy, allowing it to tailor regulations to its own needs. “Rome needs to recognize the special status of Venice,” he says. “We need to confront the phenomenon of mass tourism. We don’t want to go back to the way it was.”

Prof. Manente says you can’t just stop mass tourism without another economic activity to replace it. “Less tourism, yes, but we need a vision of what the city’s new economic role would be and how you would stimulate these activities,” she says.

Piero Carraro, 59, a second-generation furniture maker and restorer, is one of the last of his kind in Venice. All the shops around him used to be butchers, bakers, hardware stores, and fruit and vegetable shops – all gone. He’s not upset the COVID-19 crisis is forcing the city to rethink its direction. “To me, it’s simple,” he says. “To save Venice, we just need more Venetians. Maybe all those Venetians who rented out their apartments to tourists will come back home. If they do that, we’ll be a real city again.”

Italy reopens, with restaurant owners wondering if survival at half-capacity is possible
May 18, 2020
A team of coronavirus medics from Canada leave Italy as saviours and honorary citizens
May 12, 2020
My Italian plague diary, Year One: Lockdowns and lives lost to COVID-19′s first waves
March 20, 2020