The second-biggest Ebola outbreak in world history is expected to be declared officially over on April 12 – a vivid demonstration that African countries can contain the spread of deadly diseases.

Despite severe obstacles of poverty and war, the Ebola outbreak in the Democratic Republic of the Congo was contained within the country’s territory, even though it erupted in an eastern region near the borders of several other countries.

No new Ebola cases have been recorded since Feb. 17, and the World Health Organization will declare the end of the outbreak after the 21-day incubation period has twice expired. It was a difficult campaign, with more than 2,260 deaths, but it offers some hope for Africa’s chances of controlling the COVID-19 pandemic.

Lengthy experience with Ebola is one of the reasons why African authorities are better prepared for disease epidemics than some outsiders might assume. But across Africa, the COVID-19 pandemic is exposing a vast gulf among the health systems of different countries. While some are impressively strong, many are worryingly weak.

For an already struggling continent, COVID-19 is apt to wreak havoc in Africa

Senegal and South Africa, two of the countries with the greatest expertise, have been working on world-class testing methods that could enable them to produce rapid results and broad testing for the novel coronavirus that causes COVID-19, even though they have fewer cases and fewer financial resources than many European or North American countries.

A research institute in Senegal has been working with a British company to produce a 10-minute test for the coronavirus, costing less than a U.S. dollar each. They are aiming to produce eight million tests, beginning in June, for worldwide use.

In South Africa, health authorities are taking advantage of their world-beating experience in tuberculosis testing by converting some of their TB-testing devices into machines that can check for the coronavirus. The machines, known as GeneXpert, are expected to be able to produce test results within 45 minutes, beginning later this month.

Compared with Western countries, many African countries have introduced strict lockdowns and other health measures at a relatively early stage in their exposure to the virus – partly because their years of experience with public-health emergencies such as Ebola and HIV, and because of their close relationships with international health agencies.

South Africa announced a national lockdown just three weeks after its first case of the coronavirus – a remarkably early decision. By Thursday, there were 1,462 confirmed cases in South Africa, but this was much better than the projected numbers in the government’s internal forecasting, which had predicted 4,000 to 6,000 cases by now.

But most other African countries have done relatively little testing so far. Nigeria, the most populous African country with about 200 million people, had conducted just 152 tests by March 22. It announced this week that it is expanding its laboratory capacity to allow it to perform 1,500 tests a day.

South Sudan, with a population of 12 million, had conducted just 18 tests by Tuesday this week.

There is a similar gap on the crucial medical equipment that will be needed to battle the COVID-19 pandemic. While South Africa has an estimated 3,000 ventilators in its public and private hospitals, poorer countries such as Liberia and the Central African Republic have only a handful for their entire population.

The World Health Organization says it is trying to do an accurate survey of ventilators in Africa, but it hasn’t been able to determine the total number on the continent yet – and it is worried that the travel bans and flight restrictions imposed by most governments will make it difficult to import the equipment.

“There is an enormous gap in the number of ventilators needed,” said Matshidiso Moeti, the WHO regional director for Africa. “It is certainly an area of great challenge for African countries,” she said in a briefing on Thursday. “Lockdowns will make the transportation of ventilators a challenge.”

By Thursday, there were about 7,000 confirmed cases of the coronavirus in Africa, with cases reported in 50 of the 54 countries. “Case numbers are increasing exponentially in the African region,” Dr. Moeti said. 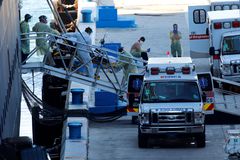 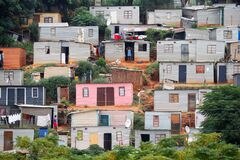 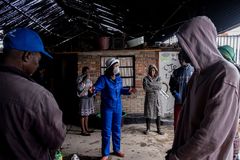