Hezbollah, the Iranian-backed political and military powerhouse in Lebanon, does not believe a war between Iran and Israel is imminent or even likely, a senior Hezbollah politician in Beirut says.

Nawar Sahili, a Hezbollah member of the Lebanese parliament who was a party spokesman during the 2006 war between Israel and Hezbollah in southern Lebanon, told The Globe and Mail on Wednesday that Israel’s bombing of alleged Iranian military targets in Syria, and Iran’s threat to respond in kind, were designed “to create headlines,” not act as a prelude to a regional war.

“I don’t think Israel is so reckless to go to war with Iran, because no one knows where a war would take us,” said Mr. Sahili, 51, a criminal lawyer by trade who could emerge as a Hezbollah cabinet minister after the coming election. “It could spread fast. Israel will not go into a war unless it is 100-per-cent certain it can win and it would not be a war against Iran only. … Iran would have support from Syria, Hezbollah and their allies.”

Still, he insisted that Hezbollah, which is thought to be far better armed than the Lebanese Armed Forces (LAF), is ready to fight Israel if war were to become inevitable. “Hezbollah is not preparing for war in south Lebanon; we are prepared,” he said.

Hezbollah is considered a terrorist organization by the United States, Canada, Israel and the Gulf Arab states, among others. The European Union has put Hezbollah’s military arm on its blacklist. Hezbollah, which was formed in response to Israel’s occupation of Lebanon in the early 1980s, has sent thousands of fighters to Syria, where they have supported the military forces of Syrian president Bashar al-Assad in the regime’s war against Islamic State and other rebel groups.

While it appears that many Lebanese do not think a war between Israel and Iran and Hezbollah is coming, there are widespread fears elsewhere that open warfare is imminent. Those fears intensified over the weekend when Israeli F-15 fighter-bombers reportedly hit the western Syrian city of Hama, where weapons were said to have been delivered by Iran. Two dozen Iranian soldiers were reportedly killed in the attack.

Israel has admitted that it has hit targets inside Syria 100 times since 2012, the year the Syrian civil war erupted, targeting weapons that were to be supplied to Hezbollah.

Israeli Prime Minister Benjamin Netanyahu escalated the anti-Iran rhetoric on Monday, when, in a televised address, he produced what he claimed were 55,000 pages and 183 CDs of details about Iran’s effort to build nuclear weapons that were reported to have been mothballed 15 years ago.

His presentation, however, contained no hard evidence that Iran had violated an international agreement, reached in Vienna in 2015, to wind down its nuclear program. Several non-proliferation experts stated that information highlighted by Mr. Netanyahu dated back many years.

After Mr. Netanyahu’s presentation, German Foreign Minister Heiko Maas urged against ditching the nuclear agreement with Iran, which U.S. President Donald Trump has threatened to do on May 12. “Now, as soon as possible, the International Atomic Energy Agency must get access to the Israeli information and clarify whether it actually provides evidence of a violation of the agreement, “ he said, according to the Germany newspaper Bild.

Iranian Defence Minister Amir Hatami was quoted in the Iranian news agency Tasnim on Tuesday saying that Mr. Netanyahu’s accusations were “baseless” and warning “the Zionist regime and its allies to stop their plots and dangerous behaviours or they will face Iran’s surprising and firm response.”

A Lebanese political analyst, who did not wanted to be named, agreed that a war between Iran/Hezbollah and Israel is unlikely. He said that Israel’s bombing of Hama, and the reported bombing by Israel last month of Syria’s T4 airbase, suited Israel’s purposes because it helps to divide the Sunni-Shia Muslim world. At the same time, the bombing helps to unite Iran’s Shia area of influence in the Middle East against Israel. 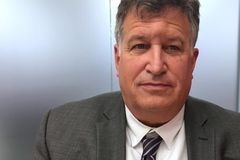