Scientists have discovered an active methane seep from Antarctica’s sea bed that could shed light on the potent greenhouse gas trapped beneath frozen continent.

Marine ecologist Andrew Thurber first glimpsed what a colleague described as a “microbial waterfall” during a dive in the icy waters of the Ross Sea in 2012. What looked like a superhighway of white patches on the ocean floor were clusters of tiny organisms drawn to the methane leak.

“My first thought was ‘wow,’ and I was immediately enamored with what this means for science,” said Thurber, an assistant professor at Oregon State University.

Scientists believe there is a massive amount of methane stored below the ocean floor in Antarctica. The discovery, published Wednesday in the journal Proceedings of the Royal Society B, marks the first time a natural seep has ever been detected in the continent.

There is no evidence that climate change is behind the Antarctic methane seep -- good news to scientists concerned that global warming could cause permafrost to thaw and release methane long trapped within.

However, if the methane reaches the atmosphere it could exacerbate global warming because methane is a more potent greenhouse gas than carbon dioxide. Atmospheric levels of methane have been rising due to human activities including agriculture and oil and gas drilling.

Thurber noted that the microbes found near the Antarctic seep actually help keep methane out of the atmosphere by consuming the gas before it can rise through the water into the air.

That will not help mitigate human-caused emissions, which account for at least half the methane in the atmosphere. Ocean sources of methane contribute just 1% of the total global emissions.

Most past research seeking natural underwater methane seeps have focused on depths of 200 to 600 meters, where the gas must pass through “a lot of microbial mouths” before it can reach the atmosphere, Thurber said.

The seep in Antarctica, however, was a mere 10 meters down, putting the methane on a fast track to the surface.

“Ten meters is not 600 meters. That methane can make it into the atmosphere and start becoming a potential player in methane budgets,” Thurber said.

Another concern, Thurber said, is that the microbes in cold, shallow water were slow to arrive at the Antarctic methane seep, a finding that could help scientists better understand microbial behavior and whether it could help stop methane seeping elsewhere from entering the atmosphere.

“We need to view these as systems that don’t respond in a matter of days or an hour or a month, but on the time scale of years,” Thurber said. “As years start to add up, that becomes something that may potentially impact our ability to predict our future planet.”

“As the ice coverage changes, it could expose more of these seeps to become potential inputs to atmospheric carbon,” Heidelberg said.

Antarctica’s frozen stores of methane could end up being a “tipping point” with massive warming potential if they are disturbed, said Ben Poulter, an environmental scientist at NASA Goddard Space Flight Center.

“If those become de-stabilized, you would have a massive pulse of methane into the atmosphere that would cause more climate change,” Poulter said. 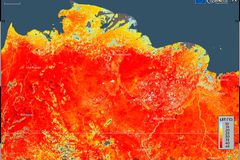 Opinion
The alarm about climate change is blinding us to sensible solutions
July 17, 2020 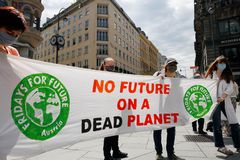 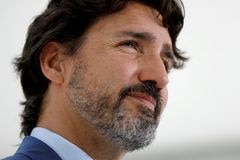