A wave of sexual harassment complaints that accompanied the #MeToo movement is straining many of the state and local offices tasked with policing workplace discrimination of all kinds.

Places such as New York City and Massachusetts have added resources to deal with the surge in complaints, but human rights agencies elsewhere say their small staffs are struggling to keep up with growing caseloads.

In Connecticut, which is on pace to receive nearly twice as many sexual harassment complaints as last year, some lawmakers worry about delays resolving those cases and others involving employment, housing and credit discrimination.

“If someone has gotten up the strength to come forward, I don’t want that strength to be dissipated because of a system that’s broken,” state Sen. Mae Flexer said.

Flexer pushed unsuccessful legislation this year that would have given the state Commission on Human Rights and Opportunities the necessary funding to help fill empty positions, extended the deadline for victims to file complaints and required more companies to provide sexual harassment training.

Connecticut had 158 sexual harassment complaints filed in all of last year. Over the first six months of 2018, CHRO received 131, records show. An agency spokeswoman says the uptick has not gotten to an “onerous level” yet, and that the staff is working hard to get cases out between a year and a year and a half. But Michelle Dumas Keuler acknowledges there’s been “a constant decline of staff” over the past decade.

As in many places, the complaints began piling up last year, when the movement against sexual harassment and assault took off after allegations against former Hollywood mogul Harvey Weinstein.

The state offices that enforce laws concerning various types of discrimination differ in their authority and scope of responsibility. For example, Connecticut’s human rights referees can award back pay and damages for emotional distress and attorneys’ fees to those employees who choose to use the system. In many states, complainants are required to file first with these agencies, even if they eventually bring their case to court – a process that can take years. Numerous cities and counties also have commissions on civil rights, human rights and fair housing.

Connecticut attorney Nina T. Pirrotti, who specializes in employee rights cases, says she has personally seen an uptick in sexual harassment cases in her law practice since the relatively recent resurgence of the #MeToo movement, which was founded over a decade ago by Tarana Burke, a New York civil rights activist.

“If my experience is any reflection of the larger picture, I would not be surprised if the CHRO has also experienced an increase in the number of sexual harassment cases it processes,” she said, adding how there could be an additional strain on CHRO resources particularly in situations where employees are self-represented, or pro se, and are more likely to remain with the CHRO throughout its investigation, fact-finding and public hearing phases. For employees represented by a lawyer, they often go through just the early stages of processing the complaint with CHRO before dealing with the matter in court or settling it.

In Idaho, a consistent uptick in sexual harassment allegations filed since October has burdened the state’s Human Rights Commission, which hasn’t seen a staff increase in decades.

“These are very personal and very emotional issues, and an increase in resources is absolutely going to be paramount in the future,” said Lourdes Matsumoto, a Boise-based attorney who filed a high-profile discrimination tort claim involving sexual and racial harassment against the Idaho state controller’s office last year. She said the increase in complaints reflects a crisis of workplace sexual harassment.

The timing of the flood of new harassment cases has been “particularly bad” for the Maine Human Rights Commission, Executive Director Amy Sneirson said. Even before, the agency was taking nearly two years to issue some decisions because of understaffing, she said.

To handle the workload, tasks are shifted around the small staff, with everyone doing more than one job.

In February, Massachusetts Gov. Charlie Baker signed a supplemental budget that included $250,000 to hire two staff members and one investigator at the Massachusetts Commission Against Discrimination to handle the rising sexual harassment complaints.

And beginning in late summer or early fall, the New York City Commission on Human Rights will launch its new unit dedicated solely to investigating sexual harassment matters. The city is investing $300,000 to hire four new staff members who will handle the growing number of complaints, commission spokesman Seth Hoy said. Sexual harassment claims filed with the agency increased by 43 per cent over the last two years, with 117 filed in 2016-17, compared with 82 in 2014-15.

Not all such agencies have seen a rash of complaints.

Frank Penela, a spokesman for the Florida Commission on Human Relations, said his agency was bracing for an influx of sexual harassment complaints, especially after the high-profile resignations of a senator accused of sexual misconduct and a Florida Public Service Commission member accused of touching a senator inappropriately. But to the agency’s surprise, there hasn’t been a glut of sexual harassment complaints.

“From a numbers standpoint,” he said, “it’s just not as prominent as it is in other places.” 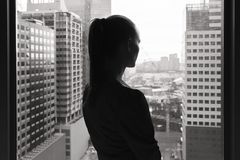 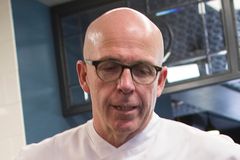 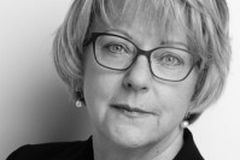