Serbian President Aleksandar Vucic says the choice was simple: His country could wait for promised COVID-19 vaccines from the European Union and the COVAX program to arrive, or he could accept Russian and Chinese offers of help.

“We needed to take care of ourselves,” he told Euronews in an interview last week. It was a decision, Mr. Vucic claimed, that had already saved 1,000 lives in his country, including that of his mother, who received a dose of one of the imported vaccines while she was in hospital with COVID-19. (In fact, vaccines are not a treatment or cure for COVID-19; they are meant to prevent the onset of the disease.)

Welcome to the world of vaccine diplomacy. G7 leaders are due to hold a virtual summit Friday to discuss vaccine distribution – in part a recognition that the organization is lagging well behind Russia, China and India when it comes to getting vaccines out to low- and middle-income countries.

The Biden administration announced Thursday that the United States would commit US$4-billion to vaccines for poorer countries during Friday’s G7 call, US$2-billion of which would be provided immediately via COVAX, while the remaining US$2-billion would come over the next two years. British Prime Minister Boris Johnson said he would use his country’s G7 presidency to push for the accelerated development of new vaccines.

While G7 members have thus far focused on inoculating their own populations – and have been accused of hoarding supplies of Western-produced vaccines – Russia, China and India have been exporting large quantities of their domestically produced stocks. As a result, those countries have made significant soft-power gains, as COVID-19 vaccines and treatments are increasingly used for geopolitical aims that have nothing to do with the pandemic.

“There’s a disconnect because many of the countries that are doing well vaccinating their own populations are not doing as well with the rest of the world,” said Lawrence Gostin, director of the O’Neill Institute for National and Global Health Law at Georgetown University in Washington. “The EU, the U.K., the U.S. … all of those high-income countries have not been particularly generous or thoughtful – nor have they seen the possibility of using [vaccines] as a tool of soft or smart power.”

Serbia – long a target of Russian influence efforts – has surged toward the top of Europe’s vaccinations-per-capita table after Mr. Vucic’s government snapped up offers of a million doses of China’s Sinovac vaccine, which arrived in mid-January, and at least 250,000 doses of Russia’s Sputnik V. It has now administered a first dose to almost 14 per cent of its population, a rate nearly double that of any EU member.

This week, Moscow and Belgrade signed an agreement that will see 20 million doses of Sputnik V produced in Serbia, with an eye to making it the vaccine hub for the entire Balkan Peninsula.

Serbia has in turn used its growing vaccine supply to launch early inoculation campaigns for the ethnic Serb populations in neighbouring Bosnia-Herzegovina and Kosovo, two other countries that are still waiting for promised supplies from the EU and COVAX, the global initiative designed to ensure equitable access to vaccines. Serbia also offered supplies to Montenegro this week in what was seen as an effort to boost the fortunes of a pro-Serbia political party ahead of key local elections next month.

EU member Hungary has already broken ranks and begun importing the Russian vaccine, and several other EU members have said they are considering doing so.

Similar dynamics are at play in South Asia, where India is using its well-honed pharmaceutical industry to offer free vaccine supplies to neighbours such as Nepal and Sri Lanka, which have increasingly fallen under Chinese sway in recent years.

“There’s no way India can match China on a lot of issues, but in this particular case, because of India’s pharmaceutical infrastructure, India is in a good position,” said C. Raja Mohan, director of the Institute of South Asian Studies at the National University of Singapore. “India has actually stolen a bit of a march on China in South Asia. The Chinese were seeking payment [for the vaccines], and India moved in the neighbourhood and said: ‘Once we have the supply, we will give it free.’ China saw this and had to respond in kind.”

With the Serum Institute of India, the world’s largest vaccine maker, producing some 2.5 million doses of the Oxford-AstraZeneca vaccine every day, the government of Prime Minister Narendra Modi has a soft-power success on its hands as leaders around the world – including Prime Minister Justin Trudeau, who called Mr. Modi last week to ask about supplying Canada – look to New Delhi for help.

Like China and Russia, which have each vaccinated between 2 and 3 per cent of their own populations, India – which has vaccinated less than 1 per cent of its people – is looking abroad before ending the pandemic at home. It has exported 1.6 billion doses to 20 countries since the start of the year. While relatively affluent countries such as South Africa, Brazil and the United Arab Emirates paid for the vaccines, The Times of India reported this week that 37 per cent of India’s vaccine exports had been “gifts to friendly countries.”

Indian External Affairs Minister Subrahmanyam Jaishankar has been tweeting regular photos of vaccines produced by the Serum Institute arriving in airports in Africa, Latin America, the Caribbean and Asia. “Made in India,” he announces in almost every caption.

Africa has emerged as a key battleground for vaccine diplomacy. China, Russia and India have all been competing for influence in Africa for years – and the vaccine shortage on the continent has given them a new prize to offer.

This week, a plane carrying 200,000 doses of the Sinopharm vaccine from China landed at Robert Mugabe International Airport in Zimbabwe’s capital, Harare. The boxes were branded with huge red-and-white stickers that read: “China Aid. For Shared Future.”

Beijing was quick to trumpet the news. Zhao Baogang, a senior diplomat at the Chinese embassy in Zimbabwe, posted 12 consecutive tweets about it, saying: “Zimbabwe people will benefit from it.”

A few days earlier, Chinese media had similarly publicized videos of Chinese vaccines being flown to Equatorial Guinea with the same “China Aid” logos affixed to them.

Moscow, meanwhile, has been touting the list of African countries that have approved or requested the Sputnik V vaccine. Almost every day, its social-media accounts in Africa publicize new authorizations or orders of Sputnik V from countries such as Guinea, Algeria, Tunisia and Togo.

Prof. Gostin of the O’Neill Institute said Western “hoarding” of the Pfizer-BioNTech and Moderna vaccines – which clinical trials have shown to be more effective than their rivals – has forced poorer countries to seek out alternatives. And while there is still a lack of data on the efficacy of the Sinovac vaccine, in particular – and Sputnik V still suffers from reputational issues, despite The Lancet medical journal’s recent finding that it is “safe and effective” – Prof. Gostin said the Chinese and Russian vaccines were performing well in the field.

“These vaccines have been deployed now very widely and seem to show effectiveness without major safety concerns. If I were a government or a person in a low- or middle-income country and I had a choice between no vaccine or a Russian vaccine, I would choose the Russian or Chinese vaccine.” 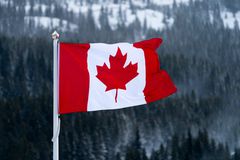 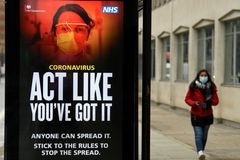 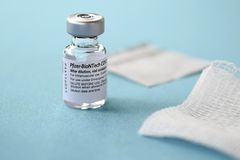 Follow Mark MacKinnon and Geoffrey York on Twitter @markmackinnon @geoffreyyork
Report an error Editorial code of conduct
Due to technical reasons, we have temporarily removed commenting from our articles. We hope to have this fixed soon. Thank you for your patience. If you are looking to give feedback on our new site, please send it along to feedback@globeandmail.com. If you want to write a letter to the editor, please forward to letters@globeandmail.com.
Comments