At the age of 78, Mozambican farmer Armando Manhica can remember all the worst droughts of past decades. But he has never seen his maize plants scorched from heat as extreme as it is now.

Temperatures can climb to 45 degrees these days, producing a burning heat that destroys as much as half of his crop.

“It’s painful to see,” he says. “These hot temperatures are nothing like the past. It makes me wonder how I’m going to feed my children and my grandchildren.”

Of all the world’s continents, Africa is the most vulnerable to climate change, despite contributing the least to the problem. And of the 54 countries on the continent, Mozambique is among the most exposed to the extreme weather events that are increasingly frequent here – forcing its farmers into adaptations that could be a foreshadowing of the world’s future.

The most dramatic of those events was the unprecedented blow of two catastrophic cyclones that struck Mozambique in quick succession within a span of a few weeks in 2019, killing nearly 700 people and destroying thousands of homes.

The cyclones, whose enormous power was fuelled by rising temperatures in the Indian Ocean, were just the most obvious of the climate pressures. The country has been hit by harsher droughts and floods, more frequent ocean surges and violent storms, rising sea levels and crop failures.

Mozambique is a largely flat agricultural country, stretched along the Indian Ocean, with 60 per cent of its population in low-lying coastal regions, leaving it with little protection from the cyclones that hammered the country last year. Within the next two decades, according to some projections, Mozambique could lose nearly 5,000 square kilometres of coastal land, forcing a million people to migrate inland.

To make it worse, Mozambique is located in a highly vulnerable corner of the planet. Southern Africa’s temperatures are rising at twice the global average, according to the Intergovernmental Panel on Climate Change. Most of its food is produced by subsistence farmers who depend on increasingly erratic rains. Over the past five years, only one growing season has been normal. The United Nations food agency has described it as a “climate emergency.”

Across Africa, rainfall is arriving in shorter and more intense bursts, causing heavier flooding and longer dry patches between the rain. And Mozambique has followed the same pattern.

“In the same region of the country, there can be drought on one side and flooding on the other side,” says Mozambique’s former agriculture and food security minister, Higino Francisco de Marrule. “We need our people to develop coping strategies, instead of being in a situation of total dependency on food aid."

Late last year, when The Globe and Mail travelled across Mozambique to southern and northern regions of the country, the impact of climate change was starkly clear. Many villagers were rebuilding their homes on elevated ground, fearing the floods that could accompany another cyclone. But beyond the droughts and the scorched crops, there were signs of new techniques to alleviate the worst of the damage.

In the village of Kwekwe, in northern Mozambique, 56-year-old farmer Rosa Jose is surviving with the support of her four adult children, who returned home to help her after the region was smashed by Cyclone Kenneth, the strongest tropical cyclone to hit the country since modern records began.

Her family often subsists on a single meal in the morning, stretched out to last a full day. “After the cyclone, it was suffering and hunger,” Ms. Jose says. “To get something to eat, we had to go to someone’s farm and work for them.”

Climate change has made her own farming more difficult. The seasonal rains often arrive late, and the growing seasons are becoming shorter. So, with the help of government specialists and local farm organizations, she has switched to a faster-growing seed variety for her maize crops, allowing her to harvest a crop within 90 days instead of 120 days. “We think the seeds will make a difference in our lives – if there isn’t another cyclone,” Ms. Jose says.

In another climate adaptation, she is collecting the leaves from a previously ignored tree, the moringa tree, and adding them to her family’s food as a health supplement. “The leaves are bitter, so we boil them and we throw away the water,” she says.

The use of moringa leaves was an innovative suggestion from the government’s rural development advisers, under programs supported by a United Nations agency, the International Fund for Agricultural Development (IFAD). Moringa leaves are rich in vitamins and minerals, yet are often neglected by farmers. “Moringa trees are everywhere in every village,” says Mario Quissico, a rural development specialist in the Mozambican government. “The people were unaware of how rich of a food source it can be. We taught them how to cook it and use it as a spinach with their food.”

Mr. Quissico is helping the farmers diversify from traditional crops to new sources of revenue: climate-resilient fruit trees, drought-resistant varieties of sweet potatoes and other vegetables, and higher-priced commodities such as honey and sesame. To boost their chances of surviving droughts, he teaches them “conservation agriculture” techniques such as mulching, crop rotation and inter-planting of diverse plant varieties.

Some farmers have managed to triple their yields of cassava by switching to climate-resilient varieties of the crop, harvesting as much as 20 tonnes per hectare.

“They can’t be farming the same way as their grandfathers,” Mr. Quissico says.

In southern Mozambique, where cattle farming was severely damaged by a drought in 2016, other innovations are being introduced. Farmers are learning how to make 10-kilogram bales of hay without expensive equipment: They dig holes in the ground to help them pack the hay compactly, keeping it usable for longer periods in the lean season.

In Armando Manhica’s village, where the maize crops are scorched by 45-degree heat, IFAD has financed a solar-powered water supply system to provide irrigation as well as drinking water for livestock and humans.

Farmers in another southern village, Manjangue, remember how their cattle herds were nearly annihilated by the 2016 drought, one of the harshest in the past half a century. Even now the rains are often arriving later than usual. “There is hunger for the animals and also hunger for the humans,” says Henrique Tivane, 61-year-old cattle farmer.

Jonas Cubai, 69, spent most of his life as an underground mine worker in South Africa, then returned home to a family farm in Manjangue – where he lost most of his 62 cows in the 2016 drought. His crops have been reduced because he can’t afford fuel for an irrigation pump, leaving him dependent on the faltering rains.

But he benefits from another innovation: a newly created association of farmers, which carefully allocates a series of fixed grazing areas to its members, boosting the efficiency of their pasture use. It’s an improvement over the nomadic grazing patterns of the past, the farmers say.

The Mozambican government’s response to the cyclones and changing climate has included the mapping of vulnerable and safe areas of the country, resettlement of thousands of people from coastal areas to higher ground, prepositioning of boats and other supplies in regions that could be hit by cyclones, and an early-warning cellphone messaging system.

“Above all, the early-warning system is the main tool that we use,” says Mr. de Marrule, the agriculture minister until January this year.

“It will allow people to get information on timing, severity, locations, and what measures to take. The magnitude of the last cyclone was so huge that people were caught by surprise, but they’re much more aware now and they listen to the advice.”

Editor’s note: (Sept. 28, 2020) An earlier version of this article included an incorrect name for the IPCC. 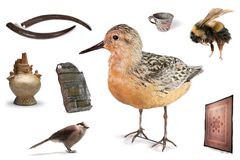 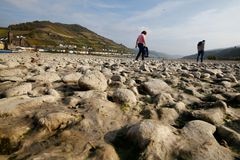 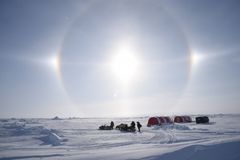