The photograph of Gurkhas – guards at the Canadian embassy in Kabul who were killed in a suicide bombing five years ago – promises the dead will never be forgotten. But as diplomats and staff abandoned the embassy and hastily left Afghanistan in August, the photo was left behind on the street outside, a souvenir for the same Islamist group that claimed to have carried out that deadly attack.

The framed picture – each of the Gurkhas is unsmiling and looking straight ahead, as if posing for an ID photo – now sits in an abandoned security booth and is one of the few visible reminders of one of Canada’s biggest embassies and of the work that hundreds of diplomats and other staff did during the two decades that Canada and its allies spent trying to turn Afghanistan into a democracy.

All Western embassy staff fled Kabul in mid-August, just before the Taliban recaptured the capital. Today, access to the Canadian embassy compound – as well as the multistorey official residence across the street, with its adjacent gym, bar and swimming pool – is tightly controlled by the Taliban, who say they’ll only open the gates when Canadian diplomats return.

Both the embassy and the ambassador’s residence are hidden behind tall concrete blast walls, a testament to how diplomats never felt truly comfortable in this country, despite all the money and military might deployed here.

“Tell them to come back, that it is safe here now in Afghanistan. Everything is normal, praise God,” said a Taliban fighter named Zabiullah, one of a pair of soldiers patrolling the embassy district on foot this week. Other militants occasionally drove through the area in battered police jeeps and U.S.-made armoured Humvees that the Taliban captured when the Western-trained Afghan National Army surrendered Kabul without a fight.

Global Affairs Canada said it could not discuss the status of the embassy, which was built in 2003 and received a $56-million expansion and upgrade several years later, owing to “security considerations.” However, departmental spokesperson John Babcock appeared to rule out Canadian diplomats returning to Kabul any time soon. “Canada has no plans to recognize the Taliban as the government of Afghanistan. The Taliban remain a listed terrorist entity under Canadian law,” he said in response to e-mailed questions.

So far, no country has recognized the new “Islamic Emirate of Afghanistan” declared by the Taliban in August. However, a few regional powers – including Pakistan, China, Iran, Russia and Qatar – have maintained a diplomatic presence here.

Besides the photograph of the Gurkhas, there are other mementos of Canada’s former presence in Kabul scattered around the Wazir Akhbar Khan embassy district. Canadian flag stickers mark the spots where embassy staff would park. One of the concrete blast walls features a painting of an Afghan girl learning to read, beneath a red maple leaf. A sign stuck to the embassy’s main door with red tape tells any Canadian citizens in need of assistance that the embassy is now closed and that they should call or send an e-mail to Ottawa. Just outside the door, a small red banner with “CANADA” on it has been stuffed into a clear plastic garbage bag. Nearby, an abandoned brown suitcase with three bottles of Worcestershire sauce.

A little further down the street, in front of the similarly abandoned British embassy, a pile of furniture – including exercise bicycles and sophisticated safes that only open when two keys are turned at once – lies in the middle of the road. The Taliban fighters guarding a nearby checkpoint – under the white flag of their newly declared emirate – wouldn’t answer questions about the furniture on Friday, but stationery in the drawer of a discarded filing cabinet suggests it belonged to the British Council, the cultural arm of U.K. missions abroad.

The Taliban guards were chattier about a dog that had been left behind by one of the embassies. They said it was picky – “it doesn’t like Afghan food” – but seemed to have been trained to circle and sniff at parked cars, looking for explosives.

It was here that aid projects were conceived and key political decisions made. The U.S. ambassador, in particular, had something like viceroy status during the 20 years that U.S. forces dominated the terrain in Afghanistan.

By night, the pools and embassy bars of Wazir Akhbar Khan hosted lubricated parties that were illegal in the rest of Afghanistan, where alcohol was forbidden even before the return of the Taliban.

A video made by Sky News inside the Canadian embassy compound – where one gate was left open for several weeks, until the Taliban locked it this month – shows dozens of empty bottles of red wine, champagne, gin and other types of alcohol.

“They must have had a lot of money to drink this much. They used to eat good food, get drunk and then have sex with each other,” a disapproving Taliban commander named Abdul Malik told Sky.

The video also shows a tortoise – one of three that embassy staff kept as pets – wandering the otherwise deserted grounds. A local animal rescue group later said they had retrieved all three tortoises.

In an interview with The Globe and Mail, Taliban spokesman Anaamullah Samangani suggested there would be different rules for foreign embassies should they decide to reopen in Afghanistan.

“We know that many of these embassies that were operating here, they were against our Islamic and our traditional values. This is a fact. In the future, we would like to have foreign diplomatic missions stationed in the country, foreign diplomats, and we will be very happy if they actually have respect for our Islamic values and Islamic principles and our traditions,” Mr. Samangani said at his office inside the Ministry of Information and Culture.

“And in the future we would not like to see our president selected by the embassy of the United States in Kabul,” he added.

For people who served at the Canadian embassy, seeing the Taliban wind up in control of the building was difficult to stomach. “When we opened the embassy in 2003, Kabul was a place of hope – where the whole world was helping an impoverished nation to put terrorism and obscurantism behind them,” said Chris Alexander, Canada’s first resident ambassador to the country. “Now both are back, with fear and violence reigning supreme across Afghanistan.”

Ron Hoffman, who served in Kabul from 2007 to 2009, including a year as ambassador, said he worries that Canadians will now seek to forget about Afghanistan or come to view the entire effort as a misadventure.

“I am concerned that Canadians will feel ashamed of our perceived failure, of our efforts to help Afghans regain their country,” he said. “I believe we have a lot to be proud of, as so many Canadians tried their best and were so good at what they did and made a difference in the lives of many.”

As Afghanistan fell under Taliban control, Mark MacKinnon and other Canadian journalists raced to save their former translators, with unexpected help from Ukrainian troops. Read his story or listen to his account on the Decibel podcast in the player below. 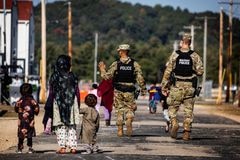 Taliban order fighters out of Afghan homes they took over
September 30, 2021 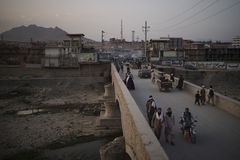 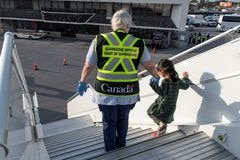