Coronavirus information
The Zero Canada Project provides resources to help you make the most of staying home.
Visit the hub
Somini Sengupta
The New York Times News Service
Published May 29, 2020 Updated May 30, 2020
Comments

As countries begin rolling out plans to restart their economies after the brutal shock inflicted by the coronavirus pandemic, the three biggest producers of planet-warming gases — the European Union, the United States and China — are writing scripts that push humanity in very different directions.

Europe this week laid out a vision of a green future, with a proposed recovery package worth more than $800 billion that would transition away from fossil fuels and put people to work making old buildings energy-efficient.

In the United States, the White House is steadily slashing environmental protections and Republicans are using the Green New Deal as a political cudgel against their opponents.

China has given a green light to build new coal plants but it also declined to set specific economic growth targets for this year, a move that came as a relief to environmentalists because it reduces the pressure to turn up the country’s industrial machine quickly.

What course these giant economies set is crucial if the world is to have a fighting chance to head off the blistering heat, droughts and wildfires that are the hallmarks of a fast-warming planet.

Just as their recovery plans are taking shape, though, the political pressure on world leaders switched off: On Thursday, the United Nations announced that the next round of global climate talks, which had been slated for Glasgow, Scotland, in November, would be delayed.

That meeting is now scheduled for November 2021, more than a year and a half away. The delay comes at a time when the scientific consensus says the world has very little time left to avert climate catastrophes.

The Glasgow talks are the most important climate meeting since the Paris Agreement was adopted in 2015, after 20 years of negotiations. Under the Paris pact, which was largely designed to work through peer pressure among nations at annual meetings, world leaders were expected to announce revised targets this year for reducing emissions.

That peer pressure is now suspended for a year. Advocates for climate action urged national leaders to not squander the time.

“If the necessary climate action can be embedded in recovery efforts then this year will have been a year when we pivoted for good,” said Rachel Kyte, a former United Nations climate official and now the dean of the Fletcher School at Tufts University. “If we are distracted from climate action and fumble in the recovery, then we will have pivoted to an even darker road.”

Not only has the Glasgow meeting been postponed, global protests demanding climate action have come to an abrupt halt and the pandemic has reinforced the impulse of nationalist leaders to reject international cooperation.

“It’s now vital that countries make use of this extra time and ensure their economic recovery plans are climate smart and do not prop up fossil fuel companies,” said Mohamed Adow of Power Shift Africa, an advocacy group based in Nairobi. “It would be shameful if rich countries recharge their economies on the backs of the climate vulnerable.”

The virus-induced lockdowns around the world have resulted in a sharp drop in greenhouse gas emissions in recent months, but the decline was nowhere near enough to shake loose the thick blanket of gases that already wraps the planet. More important, greenhouse gas emissions are expected to go back up as countries reopen, especially if their recovery packages don’t pivot away from fossil fuels.

A great deal of “horse trading,” Li added, is now taking place among Chinese officials. The country’s recovery package, estimated in the range of $800 billion, has been formally proposed but much remains unclear about how it will be spent. In addition to suspending growth targets for this year, the government in Beijing is giving its blessing to new coal plants, and signaled that environmental impact reviews could be relaxed.

“A lot is still in the air,” Li said, though he noted that China’s leaders tend to prioritize economic and social stability in the near term.

A lot remains in the air in the United States, too. The Trump administration, which is pulling the United States out of the Paris accord, has used the coronavirus pandemic to relax an array of environmental rules. Embattled Republicans and their allies have been testing the argument that climate friendly policies would kill jobs and crush an already ailing economy, though there is no evidence to support those claims. And, while the early United States aid packages have resisted calls to boost renewable energy, and fossil fuel companies have dipped into the relief money, the next rounds of government stimulus are still in play.

The biggest unknown is the presidential election: The presumptive Democratic candidate, Joe Biden, has pledged to rejoin the Paris Agreement, vowing that the United States would “take a back seat to no one when it comes to fighting climate change.”

The European Union faces its own uncertainties. The bloc’s executive branch, which has already proposed to reduce emissions to net zero by 2050, still has to sell the package to 27 national leaders who don’t always agree on the speed of a green transition.

The proposal, made public Wednesday, was praised by environmentalists for pushing for measures that would also create new jobs, like the plan to retrofit old buildings and encourage the production of no-carbon fuels, like hydrogen.

Governments are under considerable pressure to aim for what is called a green recovery. A survey of central bankers and finance ministers found broad support around the idea that the most effective economic recovery measures would also reduce emissions, including clean energy infrastructure.

“The recovery packages can either kill these two birds with one stone — setting the global economy on a pathway toward net-zero emissions — or lock us into a fossil system from which it will be nearly impossible to escape,” the authors wrote.

In the United States, a group of corporate executives called on Congress in mid-May to bake in long-term climate solutions in future recovery packages. In a report published earlier this week, consultancy firm McKinsey & Co. concluded that “a low-carbon recovery could not only initiate the significant emissions reductions needed to halt climate change but also create more jobs and economic growth than a high-carbon recovery would.”

And hundreds of groups representing health professionals urged the leaders of the world’s 20 largest economies to turn away from fossil fuel subsidies.

“A truly healthy recovery will not allow pollution to continue to cloud the air we breathe and the water we drink,” their letter read. “It will not permit unabated climate change and deforestation, potentially unleashing new health threats upon vulnerable populations.” 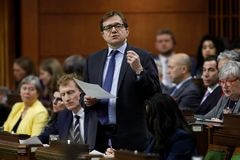 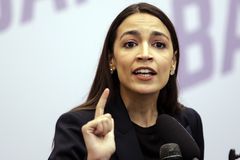