The American and Canadian governments are refusing to say whether U.S. President Donald Trump raised the cases of two Canadians detained in China during his meeting Saturday with Chinese President Xi Jinping.

Mr. Trump vowed during a White House meeting with Prime Minister Justin Trudeau last month that he would press Mr. Xi on the detentions of Michael Kovrig and Michael Spavor, which were widely seen as retaliation for Canadian authorities serving a U.S. arrest warrant on a Chinese telecom executive.

“Anything I can do to help Canada, I will be doing,” Mr. Trump told reporters in the Oval Office when asked if he would discuss the cases with Mr. Xi during their meeting at the G20 Summit in Japan. “I will, absolutely.”

But more than two days after the sit-down between Mr. Trump and Mr. Xi, no one would say if Mr. Trump had followed through on his pledge.

One White House official said the administration would not be commenting on Mr. Trump’s discussions with Mr. Xi. Another White House source told The Globe and Mail to put its questions to the Canadian government. The source would not say why he believed Canada would have more information on the President’s conversations than Mr. Trump’s own staff. The officials spoke to The Globe on condition of anonymity.

The Prime Minister’s office said it had no new information on the matter. The office of Foreign Affairs Minister Chrystia Freeland referred questions back to the White House.

Mr. Trump and Mr. Xi met for 80 minutes Saturday morning in Osaka. At a subsequent press conference, Mr. Trump did not specify whether he had raised Mr. Kovrig and Mr. Spavor. He did, however, say that he had talked about Huawei Technologies, but not its chief financial officer, Meng Wanzhou.

Canadian authorities arrested Ms. Meng in December on behalf of the FBI. Ms. Meng is wanted in the United States for allegedly breaking U.S. sanctions on Iran. She is on bail living in a Vancouver mansion while extradition proceedings unfold.

Within days of Ms. Meng’s arrest, Chinese authorities detained Mr. Kovrig, a former diplomat, and Mr. Spavor, an entrepreneur. They have since been held in solitary confinement, subjected to daily interrogations and have the lights left on 24-hours a day.

Mr. Trudeau, for his part, sounded like he did not know whether Mr. Trump had raised the matter. “We are confident that the President also brought that up, but you’ll have to ask him for details,” the Prime Minister told reporters in Osaka.

Mr. Trump is currently locked in a trade war with China. But he has generally focused more on economic issues than on national security or human rights matters.

After the G20, for instance, Mr. Trump suggested he would ease restrictions on Huawei to allow U.S. businesses to sell equipment to the company. He also held out the possibility that he would trade away the U.S. ban on Huawei building the country’s next-generation 5G network in exchange for trade concessions from China.

The U.S. has blocked Huawei’s participation in 5G over fears that it would gather information on Americans and turn it over to Beijing’s spy agencies.

Jorge Guajardo, a former Mexican ambassador to China, said there is a lot Mr. Trump could do to help Canada – from speaking out publicly on Mr. Kovrig and Mr. Spavor, to refusing to negotiate with China on trade until the men are freed. But Mr. Trump has made it clear that his only interest is economic.

“Trump couldn’t care less about the imprisoned Canadians, nor will he go out of his way on their behalf if it weakens his negotiating hand,” said Mr. Guajardo, now a consultant at McLarty Associates in Washington. “Huawei … like Meng before, are just chips to be traded during his negotiation.”

Mr. Trump’s ambivalence, he warned, could backfire on the U.S. By not doing more to stand with Canada, he is giving other U.S. allies less reason to help him in the future.

“The Chinese notice and will use his indifference to punish Canada, hoping to send a message to all other U.S. allies,” said Mr. Guajardo. “It does not pay to antagonize China at the U.S.’s request, as you will be left hanging.” 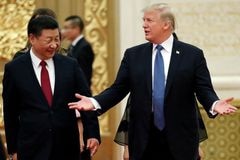 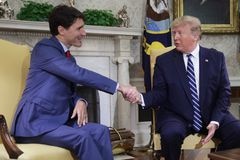