When the San Francisco Bay Area declared a state of emergency in February over the threat of the new coronavirus, the warning seemed alarmist. But as the number of cases in the U.S. soared past 320,000 this week, driven by a massive surge in New York City, California’s early measures increasingly look to have staved off a crisis.

Why the virus is exploding in New York while simmering in California is a question that has confounded experts who hope the experiences of the two states may hold lessons for how different regions should react to future pandemics.

"I really don’t understand why there aren’t more cases in the Bay Area, quite frankly,” said Robyn Gershon, an epidemiology professor at New York University who previously taught at the University of California in San Francisco.

Analysts do point to a few clues to why the two states seem to be diverging.

One is the sheer size of their cities. With more than 20 million residents, the New York metropolitan area is the largest in the country – with three times the population of the Bay Area.

Bigger cities can expect to see more cases simply because there are more people to infect. But residents of major cities also tend to interact more frequently with other people and have larger social networks, with research showing that they have more contacts saved on their cellphones than people living in smaller cities.

For diseases such as COVID-19, the type of density – how many people share a household or how many co-workers share an office – matters more than the total number of people living in one community, said Benjamin Dalziel, an assistant professor of integrative biology at Oregon State University.

Maps of New York City show outbreaks have been most intense in neighbourhoods with overcrowded housing and a higher proportion of service workers.

Those nuances mean suburbs and rural areas are not necessarily at lower risk just because of their size and lower density. But so far the evidence shows that New York and other large cities likely need to act earlier and more aggressively than smaller regions, said Luis Bettencourt, the director of the Mansueto Institute for Urban Innovation at the University of Chicago. Prof. Bettencourt and his colleagues have found that COVID-19 was spreading much faster in larger U.S. cities than in smaller ones.

"The magic of cities is that we are able to interact with more people, do more things, assemble more complex and valuable products and services, and that’s why cities can be more productive economically,” he said. “But the downsides of that logic is that they’re more susceptible to being invaded by a pathogen.”

Yet New York Governor Andrew Cuomo’s order closing most non-essential businesses came almost a week after the Bay Area’s shelter-in-place order. That delay is “an eternity for an epidemic that is growing exponentially,” Prof. Bettencourt said.

In California, there are signs that the early efforts at social distancing are working. “Look outside. It looks like Christmas Day,” said University of California, San Francisco epidemiologist George Rutherford. “There are no leaf blowers. The gardeners have gone. Nobody’s pounding nails into their roofs. People are at home and they really are sheltered in place.”

Hospitals in San Francisco have yet to be overwhelmed with patients. While the state has dramatically expanded testing in recent weeks, the percentage of tests coming back positive has remained stable at about 6 per cent.

The outcomes from the two states are expected to be dramatic, with the University of Washington’s Institute for Health Metrics and Evaluation projecting California will likely see about 5,000 deaths from COVID-19 this year, compared with more than 16,000 in New York.

Analysts contend several factors made it easier for California to act so quickly. Residents were already on guard because the state is relatively close to Washington State, which reported the earliest COVID-19 outbreak in the United States.

The Bay Area was also fixated by news of the Grand Princess, a cruise ship that was prevented from docking in San Francisco in early March because of an outbreak on board.

California is a hub for travel to Asia, so hospitals may have been more prepared to spot symptoms of a disease originating in China.

Social distancing measures were likely less of a political and economic risk in the Bay Area than in New York, given that the region’s tech-centric work force can work remotely with relative ease.

“That pulled a whole bunch of people out of the population who were hunkering down and really kind of self-isolating,” Prof. Gershon said.

The first two reported cases in the state were both travellers going between the U.S. and Wuhan, China, where the outbreak first occurred. Both went from airports to local hospitals, where they were quickly diagnosed. By contrast, New York’s first identified patient was a lawyer whom officials say came in close contact with almost 1,000 people at his suburban synagogue, rode the subway to his office in Manhattan, visited the doctor’s office multiple times and spent four days in a small hospital before his illness was finally identified.

The fact that California’s earliest outbreaks proved to be either isolated cases or relatively small clusters allowed public health officials to do contact tracing – identifying everyone a patient has come in contact with and then testing or quarantining them. By the time New York detected its early cases, the virus was already tearing through the region. “Here we had so many multiple people spreading it to so many other multiple people, and no testing, that [contact tracing] went out the window,” Prof. Gershon said.

Still, California officials are not ready to claim victory yet. The number of cases has doubled in the past five days, and the state has a significant backlog of unreported test results. Bay Area communities announced this week that they would extend the shelter-in-place order until May 3. It’s a necessary move if California wants to keep flattening the curve, Dr. Rutherford said. “We are one misstep away from having some big massive catastrophe." 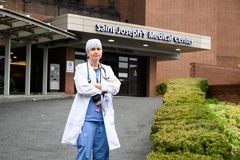 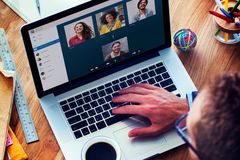