Blanca Vazquez and Daniel Islas were out for lunch one day in 1999 at Vips, a restaurant chain with locations scattered across Mexico City, when they spotted Andres Manuel Lopez Obrador, the leader of a national political party who was starting a successful run for mayor of this megalopolis. They went up to introduce themselves, and Mr. Lopez Obrador stood to greet them, invited Ms. Vazquez to sit down and chatted with them courteously.

“That’s the kind of person he is,” said Mr. Islas, 70. “And that’s why I believe in him, why I’ll vote for him.” Mr. Lopez Obrador seemed like a regular guy, far removed from the world of Mexico’s aloof political elite with whom Mr. Islas and Ms. Vazquez, 71, are thoroughly disgusted.

That’s part of his appeal: In a conversation a few days ago in the modest apartment their pensions can’t pay for, with three different bolts on the door, it was easy to see the other reasons this pair is drawn to Mr. Lopez Obrador. Like a great many Mexican voters, they are seeking a dramatic break with the past in Sunday’s elections, and they believe AMLO, as he is often called, is their best hope.

“The reason why he’s so successful is that he has a very different discourse than the other candidates – and it’s been a long time since that was true here,” said Catalina Perez Correa, a professor of legal studies at the Center for Research and Teaching of Economics, a Mexico City university. For the best part of the past 25 years, she said, the country’s two main political parties have campaigned on similar platforms of economic liberalization and a militarized response to crime and violence, and the leftist Mr. Lopez Obrador, 64, is the only candidate talking about the country’s problems in a substantively different way.

He has made two failed runs at the presidency, but this time his pledges to root out corruption and address poverty and inequality have found an eager audience, in voters fed up with those two entrenched parties. Mr. Lopez Obrador has at least a 20-point lead over the other presidential candidates in all polls, and his MORENA (National Regeneration Movement) party is predicted to sweep many of the 3,400 congressional, gubernatorial and municipal seats that will also be contested across the country.

But while his victory seems near certain, what comes next is much less clear. Will Mr. Lopez Obrador – a fixture in this country’s politics for more than two decades, a former member of the Institutional Revolutionary Party (PRI) that governed Mexico for 70 years – actually bring dramatic change to a country fractured by corruption and violence?

How will he handle the North American free-trade agreement, a pact he has criticized as a terrible deal for Mexico?

And the key question for Mexico’s private sector: How seriously should they take his rhetoric about returning the country to the economic policies of the 1960s and 70s, rolling back reforms in energy and other sectors?

There are almost as many opinions here on those questions as there are voters. There is widespread suspicion and fear of Mr. Lopez Obrador among the middle class and the wealthy; television ads by his rivals invoke the spectre of Venezuela to warn of imminent economic disaster if he is elected. But analysts who have watched him closely say he will be constrained by Congress, the Constitution and economic reality – adding that he has perhaps learned a few lessons about deal-making and moderation through the years of failed campaigns.

“He’s been much more careful this time compared to the past about sounding presidential and institutional – compared to 2006, the fear of him is much less realistic,” said Jeffrey Weldon, who heads the political science department at the Autonomous Technological Institute of Mexico. “Changing institutions in a significant way will not happen because he will not have a two-thirds majority in Congress. He will do what he can from the executive side, but he will work with Congress more than people expect him to – because he will need to.”

Mr. Lopez Obrador’s closest challenger is Ricardo Anaya, of the centre-right National Action Party (PAN), which this year made an alliance with a left-wing party to try to win this election but hasn’t succeeded in putting forth a platform voters see as credible. Running in third is Jose Antonio Meade, a bland technocrat for the PRI, whose campaign was hopelessly undermined by the corruption scandals, surging crime and stagnating economy under current PRI President Enrique Pena Nieto.

Ms. Vazquez, an elegant retired art teacher who cultivates a white beehive hairdo and frosted nails, voted for Mr. Pena Nieto in 2012 but feels badly let down by him – appalled by the tide of scandals around senior figures in his party. She appreciates Mr. Lopez Obrador’s pledge to eradicate corruption and believes he will keep a vow not to raise taxes, instead funding the new social spending he promises with money recouped from rooting out kickbacks and graft.

But beyond that, she and her husband believe he will take care of them. During the years he ran Mexico City, perhaps the second-most powerful political position in the country, Mr. Lopez Obrador instituted income-support payments for single mothers, the disabled and the elderly – a grant that today helps the couple pay their bills. Their monthly work pensions total just $350, and they would never be able to afford their modest apartment in a gently decaying neighbourhood if their sons didn’t help cover the bills, Mr. Islas said.

This is part of the AMLO appeal. “He recognizes that there is a social problem that has to do with inequality and poverty – and that all of that is linked with insecurity in Mexico,” Ms. Perez Correa said.

This emphasis on inequality has also made Mr. Lopez Obrador the most popular candidate with millennials, who make up almost half the electorate.

Yet AMLO is not particularly progressive. He has espoused conservative rhetoric about the need to restore a bygone morality and has formed a political coalition with an evangelical Christian party in this election.

Ms. Vazquez and Mr. Islas believe he will increase payments to the elderly but also scholarships for students. “There’s not much opportunity for young people in this country. Good jobs go to people who know someone powerful,” she said.

“I also think it’s very important that he says he will offer help to campesinos and make land productive instead of buying things from other places,” she said. “He will make it so that people don’t have to go to the U.S.” Mr. Lopez Obrador frequently invokes Mexican economic policy from the 1960s and 70s, with its focus on food and energy self-sufficiency – the antithesis of the international trade policies that have driven the agenda since NAFTA was signed.

He has been a sharp critic of the free-trade deal in the past but has said less about it during this campaign. Mr. Weldon says that likely reflects the fact he knows the Mexican economy is so integrated with those of Canada and the U.S. at this point that it would be difficult or impossible to make substantive changes to the terms.

Bolted into their apartment, avoiding public places they once frequented, Ms. Vazquez and Mr. Islas are also preoccupied with the rising rates of violence. Last year Mexico recorded its highest-ever tally of murders.

Ms. Perez Correa said she and other public security experts are heartened that Mr. Lopez Obrador has called for an amnesty for foot soldiers in the drug war (such as young women used as mules, and farmers) and that he has said he does not believe the military should be doing the work of police. “But at the same time he has proposed a national guard, and nobody understands what it is – it’s not easy to understand what his project or program really is,” she said.

And this is true on most topics: The MORENA platform is a sprawling document that contradicts itself in many places. “A lot of people in his campaign have good proposals, but we’re not really sure who is calling the shots and which proposal will go forward and which won’t,” Ms. Pérez Correa added.

“He seems to think that as long as he will be in charge of all the institutions, they will behave in a better way.”

Candidates make final pitches ahead of election in Mexico
June 27, 2018 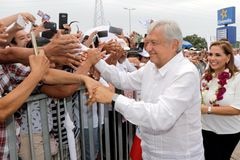 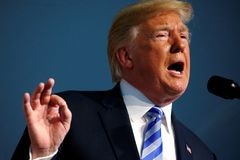