Weeks of battles between China and Western countries has brought intemperate language, pointed metaphors, at least one quotation from Mao Zedong – and a clearer glimpse into the ways Beijing is using a worldwide pandemic to bolster its efforts to assert a new place of global importance.

Chinese diplomats, senior Communist Party officials and state media have lashed out at Australia, France, the Netherlands and the United States, in a sustained assault that has underscored an important change to how Chinese leadership sees its place in the world. As one striking example, Chinese diplomats demanded that at least one country publicly rededicate itself to the “one-China principle” – under which Beijing asserts ownership over Taiwan – if it wanted the smooth procurement of masks and other protective equipment from China, according to a person with knowledge of the situation. The country refused the Chinese demand. The Globe and Mail granted the person anonymity because they are not authorized to speak publicly.

No longer is Beijing acting like an emergent country. It is asserting itself as a rival superpower, and making demands befitting the role it has assumed. “Any notion that China was a rising power has been superseded by the fact that they have risen,” said Jane Golley, director of the Australian Centre on China in the World at the Australian National University.

But it’s an ascension undergirded by anger at perceived historical humiliations against China over the past century. “They firmly believe the time is right for China to take revenge, and America and the West is in decline,” said Feng Chongyi, a scholar at Australia’s University of Technology Sydney who studies contemporary Chinese history. And so, “whoever offends China will be punished.”

The spread of the COVID-19 pandemic from China to the rest of the world – and the ensuing recriminations – have intensified that conflict. So, too, has Beijing’s confidence that it has more capably handled the outbreak than Western democracies, despite accusations of an initial cover-up. It’s a confidence that has turned strident in recent weeks.

Cheng Jingye, China’s ambassador to Australia, questioned whether a country that is so “hostile” is “the best place to send” Chinese students for education, or whether Chinese consumers would want to buy Australian wine and beef, after Prime Minister Scott Morrison called for an independent review of the spread of the virus. Vice-foreign minister Le Yucheng accused the U.S. of “political manipulation to a level beyond anyone’s imagination” in response to White House pressure over the virus and, in an interview with NBC News, quoted Chairman Mao Zedong: “A first-order question in revolution is to discern the true enemies and true friends.”

In France, Lu Shaye, who previously served as ambassador to Canada, has released a series of attacks on the “malevolence” of the French media, calling them lapdogs of the U.S. He suggested Le Figaro was trafficking in “lies” and accused Western politicians more generally of agitating “the populist, racist and anti-Chinese strands of their countries against China.”

“Some Westerners are starting to have no confidence in liberal democracy,” Mr. Lu wrote, sneering at critics he deemed “psychologically fragile.”

In the Netherlands, the Chinese embassy called De Volkskrant newspaper “full of prejudice, discrimination and malice,” while China’s Communist Party-backed Global Times reported comments from Beijing that “China may consider suspending medical supplies to the Netherlands” after a change to the name of the country’s mission in Taiwan was viewed as not honouring the one-China principle. (The newspaper’s editor, Hu Xijin, also called Australia “chewing gum stuck on the sole of China’s shoes. Sometimes you have to find a stone to rub it off.”)

China’s outspoken officials “are seeking to prevent any censure of China and impress headquarters in Beijing. Some of the behaviour is quite outrageous,” said Michael Fullilove, executive director of the Lowy Institute, Australia’s leading foreign policy think tank.

“Beijing is anxious because the stakes are so high. If Beijing gets pinned with responsibility for the pandemic, that will be a huge drain on its soft power,” he said.

Many in China, meanwhile, see the country as the victim of a broad Western attempt, led by Washington, to pin blame on Beijing for the pandemic as a way to distract from their own missteps.

“Calling for an investigation is just buck-passing behaviour,” said Ruan Zongze, vice-president of the China Institute of International Studies.

It is for that reason unfair to criticize China for aggressive diplomacy, he said. Chinese officials are engaged in “self-defence against irresponsible accusations made by Western political figures. China isn’t provoking anything.” In fact, he said, “China should choose to be tough on people who just try to throw mud at our country, because they never hesitate to demonize and degrade China. How can you be polite to impolite people?”

Beijing, too, has good reason to threaten economic consequences, said Su Hao, a professor in the School of Diplomacy at China Foreign Affairs University. He accused the Donald Trump administration of manipulating the emotions of other countries to join the U.S. in strategically constraining China. Remain silent, and others will follow, he said. “China must use such language, so to ensure a threat of a boycott is actually understandable. They must realize that their attempt to contain China is wrong.”

Besides, he said, “China and the World Health Organization should not and do not want to be scapegoats” for public health failures in other countries.

The pandemic has allowed China to make a much larger argument, Prof. Golley said. “If you look from a developing country’s perspective, who has done a better job? The United States or China?” she asked. The official numbers show a far smaller death toll in China than the U.S. ”And that raises the possibility, I think, that authoritarianism wins favour in other parts of the world,” she said.

China stands to be the first major economy to return to growth, raising the country’s importance for other countries seeking to buttress their own economic performance.

At the same time, some of the most successful strategies to counter the virus have taken place in democratic states, including Taiwan, South Korea, Australia and New Zealand.

In China, “the same authoritarian system that checked the spread of the virus was also responsible for covering it for months and allowing it to disperse from Wuhan to the world,” Mr. Fullilove said.

“Once, the world saw China as a source of capital, labour and innovation. … When this is finally over, with armies of dead and a battered global economy, does anyone think that China will remain blameless?”

Trump says China ‘will do anything they can’ to see him lose re-election race
April 29, 2020 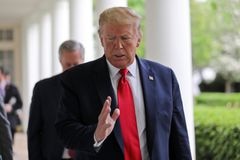 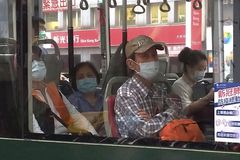 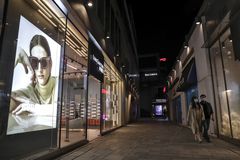