Nanaia Mahuta entered New Zealand’s Parliament as the youngest Maori woman to ever gain a seat. More than two decades later, she has become the country’s minister of foreign affairs, another trailblazing first. So when she was asked at a recent news conference about another woman of color breaking barriers halfway around the world, she broke into a wide smile.

Vice President-elect Kamala Harris, she said, “will bring, I’m sure, some very unique attributes to their leadership.”

“I’m not sure I’m in a position to give her a message,” Mahuta added, her eyes bright with possibility. “But what I can say, as the first woman representing the foreign affairs portfolio in Aotearoa, New Zealand, is that we will do what we must do in the best interests of our respective countries. I know we will have many opportunities to share areas of common interest, and I hope we can.”

Her excitement reflects a global desire among progressives for a shift away from the chauvinist, right-wing populism that has shaped the past four years in the United States and other countries that elected leaders like Jair Bolsonaro in Brazil and Victor Orban in Hungary.

New Zealand offers what many see as the world’s most promising, if tiny, alternative.

When Prime Minister Jacinda Ardern coasted to reelection last month in a landslide that gave her Labour Party the country’s first outright majority in decades, the remote island nation cemented its position as a beacon of hope for those seeking an anti-Trump model of government led by charismatic women and functioning with an emphasis on inclusion and competence.

With a victory over COVID burnishing her image, Ardern and her team now face a surge in expectations. After three years of leading a coalition government that produced few, if any, lasting policy achievements on major issues like inequality, Labour now has the votes to pass what it wants, and the diversity other progressives long for.

Labour’s newly elected majority is made up mostly of women. It also includes the New Zealand Parliament’s first member of African descent, Ibrahim Omer, who is a former refugee from Eritrea. The 120-member legislative body also has 11 lawmakers who are lesbian, gay, bisexual or transgender; a dozen people of Pacific island descent; and 16 Maori members.

It is, by far, the most diverse Parliament the country has ever seen, reflecting New Zealand’s demographics and its place within the broader Pacific islands.

“It’s a really tectonic outcome,” said Richard Shaw, a politics professor at Massey University, which is based in Palmerston North, New Zealand.

Ardern’s executive council, sworn in this month, includes a mix of well-known allies. She named Grant Robertson, the finance minister, as her deputy prime minister, making him the first openly gay lawmaker to have that role. She also appointed several members of Maori and Pacific island descent.

Mahuta, 50, was the biggest surprise.

She arrived in Parliament at the age of 26 with a master’s degree in social anthropology after working as a researcher for her Tainui tribe in the lead-up to its historic treaty with the government that settled land claims from colonization. Her father was the lead negotiator; the Maori queen, Te Arikinui Dame Te Atairangikaahu, was her aunt.

But rather than seizing the spotlight, Mahuta burrowed into briefing papers.

No-nonsense. Measured. Honest. Those were the words that trailed her as she moved through various roles. As associate environment minister, she navigated complicated negotiations over water rights between her tribe and the government. As local government minister, she was often sent to calm disputes over issues ranging from doctor shortages to dog control. While serving as customs minister, she worked closely with exporters and helped forge agreements with Japan and other countries to streamline trade.

In her new role, she is expected to focus on organizing COVID-safe tourism across the region while expanding economic links with other Pacific Island nations and Australia.

“She’s someone who seeks progress without necessarily seeking fame for herself,” he said. “All that hard work has now been recognized.”

In an interview Thursday, Mahuta said she had not sought the foreign affairs job — “though it was on my long list,” she said — and had been surprised by the offer. She said she jumped at the chance to build New Zealand’s international reputation while working closely with “our Polynesian family across the Pacific.”

The region has become more important and more closely scrutinized in recent years as China’s influence and investment have increased.

U.S. officials say Mahuta and her team — the defense minister, Peeni Henare, is also Maori — will be welcomed throughout the region as cultural equals and as a strong counterweight to Beijing.

Mahuta’s elevation is also being celebrated in the Maori community, which represents 17% of New Zealand’s population, even as her rise has revived old cultural divides.

In 2016, she became the first woman in Parliament to display a moko kauae (a sacred facial tattoo). But when her foreign affairs promotion was announced, a conservative New Zealand author tweeted that the tattoo was inappropriate for a diplomat, calling it “the height of ugly, uncivilized wokedom.”

“This isn’t simply a win for ‘diversity,’ although it certainly is; it’s also a triumph of history and politics,” said Morgan Godfery, a political commentator who writes about Maori politics. “Ms. Mahuta is one of the most senior members of the Maori King Movement, the 19th-century resistance movement that fought against the invading New Zealand government, and her appointment to that same government’s foreign ministry is a signal of just how far this country has come.”

And, yet, for any government, appointments alone are only the beginning. As is the case in the United States, Ardern’s team faces serious domestic and international anxieties. Climate change threatens everyone and everything. The economy is struggling, with COVID-19 exacerbating inequality as housing prices continue to rise beyond the reach of the middle class.

“They are not willing to rock the boat and do what needs to be done,” he said. “There are a lot of announcements and not much follow-up.”

Cunliffe, the former Labour Party leader, said the governments of Ardern and President-elect Joe Biden both faced the need to be transformative while bringing along skeptics. Populism, he said, can be defeated only with progressive results that benefit supporters and critics alike.

“You don’t beat it by one day at the ballot box,” he said. “You do it by using the power of your office to address the root causes that led to it in the first place, and if you don’t, it will be back again in four years’ time or three years’ time.”

Mahuta agreed. She said she hoped that solutions for “reimagining what prosperity looks like” can be transferred from the Indigenous community, with values like manaakitanga (Maori for looking after people) and kaitiakitanga (guardianship of the environment).

“Addressing issues of economic inequality is a significant challenge for many countries,” she said. It’s time, she added, “to cut through the old way of doing things.” 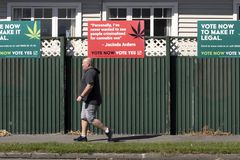 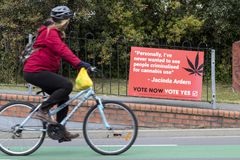