There isn’t much evidence for Donald Trump’s claim that Chinese meddling poisoned the waters between the U.S. and North Korea.

But the sudden cancellation of plans for a theatrical June 12 summit between two leaders of nuclear-armed countries — even if Mr. Trump now says the summit may yet happen as planned — has underscored how Beijing has positioned itself exactly where it wants to be: back at the heart of the strategic tussle over the future of the Korean peninsula.

In the early days of North Korea’s tack toward warmth this winter and spring, some observers suggested that Beijing had been shuffled to the sidelines.

The rupture in cross-Pacific communications that preceded Mr. Trump’s declaration earlier this week that the summit is cancelled underscored the degree to which Pyongyang has surveyed the countries arrayed around it, and chosen the one it feels best able to work alongside: the rising superpower at its doorstep.

In the grand game of strategic influence that has enveloped debate over North Korea’s nuclear program, it’s an indication that China has found a way to reassert its primacy.

“Without doubt, China will play a role as mediator, continuing to push forward the possibility of negotiations between the U.S. and North Korea,” said Lu Chao, director of the Border Study Institute at the Liaoning Academy of Social Sciences and one of China’s foremost experts on North Korea.

North Korea, he said, remains “unchanged in our willingness to do everything we can for the peace and stability of the Korean Peninsula and of the humanity, so with a broad and open mind, we are willing to give the United States time and opportunity.”

Indeed, the summit’s cancellation is “not the end of the story,” said Yang Sung-chul, a former South Korean ambassador to the United States who is now a senior adviser to the Kim Dae-Jung Peace Foundation. He sees it as a moment for both countries to take stock. “Dialogue itself is not closed. And we need deep breaths on both sides,” he said.

Still, for North Korea, now “the most obvious option is to go to China and ask for Chinese support,” said Andrei Lankov, an expert on North Korea at Kookmin University in Seoul.

”They will try to persuade the Chinese that it is the Americans who were unreasonable, whose actions provoked the entire crisis, and who should be held responsible.”

If China agrees, it can resume aid or quietly diminish its enforcement of economic sanctions “which means essentially providing North Korea with some economic lifeline,” Prof. Lankov said.

Close ties between North Korea and China are long-standing; the two share a mutual defence treaty, and China is the source and destination for the large majority of North Korea’s foreign trade. The leaders of the two countries have historically maintained good relations, and China’s economic importance gives it a position of unusual influence with Pyongyang.

”China is the key player, has been and will continue to be,” said Jeff Kingston, director of Asia Studies at Temple University in Tokyo.

Indeed, China’s willingness to enforce sanctions has constrained North Korea’s access to foreign currency in recent months and aligned Beijing with Washington. Though Mr. Trump has accused China of allowing its border with North Korea to “become much more porous” of late, Chinese scholars have disputed that – as did Cui Yanzhi, a trader in the Chinese city of Hunchun, in an interview Friday. “Everything remains the same” along the North Korean border with China, he said. “It’s still a tense area. Nothing can move across it.”

The cancellation of the summit, however, introduces the possibility of a broader shift. Beijing “is likely to pursue closer relations with Pyongyang, and to relax sanctions – as long as Pyongyang resists the temptation to express its pique with renewed long-range missile and tests,” Euan Graham, director of the international security program at the Lowy Institute in Australia, wrote in an analysis Friday.

“U.S. credibility has taken a significant hit, with broader impacts for Washington’s relationships in the region. Pyongyang and Beijing are the obvious winners.”

Indeed, “the big loser in all this is Trump, because he’s given strategic incoherence a whole new meaning,” said Prof. Kingston. “He’s found that the art of the deal doesn’t really translate well into the art of diplomacy.”

China, by contrast, has won advantage by seeking solutions, a posture that has gained it plaudits in the region. Beijing has been “a very positive contributor to the situation in the sense that it has emphasized calm and stability in the region,” said Go Myong-Hyun, a research fellow at the Asan Institute for Policy Studies in Seoul.

But, he said, China’s presence is also a complication, since Beijing’s goals are not aligned with those of Washington.

“The root of the problem now is that the U.S. wants a rapid, big bang move to CVID” – complete, verifiable and irreversible denuclearization – “in return for political security guarantees, and then to talk about a peace treaty and provide economic benefits,” said Michael Kovrig, senior adviser for northeast Asia at International Crisis Group, an organization dedicated to prevention of conflict.

North Korea has no interest in rapid disarmament, and China’s Mr. Xi “supports Kim’s preferred approach for a phased and sequenced process in which both sides move step by step to build confidence,” said Mr. Kovrig.

Prof. Lu, however, challenged the suggestion that China’s ambitions differ from those of the international community.

“Denuclearization is in everybody’s interest,” he said.

– With reporting by Alexandra Li

Opinion
Why the world is better off without a Trump-Kim Summit
May 24, 2018 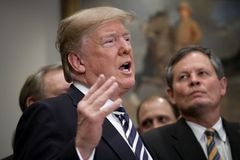 Opinion
A summit that wasn’t: Trump and Kim’s goals were incompatible from the start
May 24, 2018 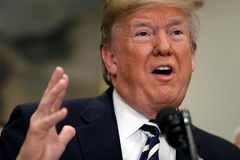 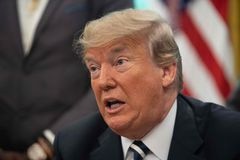